On The Radar Hoops and Southern Hoops Report hosted a 1-day Shootout at NextPlay 360, and a good turnout of teams and players made quite a few highlights. 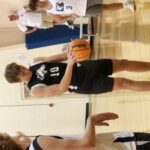 Has been emerging this spring and now into June with inspired and multi-faceted play, can be really physical as a glass eater and clean up on putbacks while also improving his in-close finishing game off the catch, showing an ability to step out to 3 has increased his danger level as leaving him out there unattended is no longer a viable option, combines high activity level with a growing skillset. 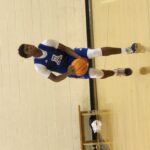 Among the better overall performers I saw on the day, really smooth mover with a clear high IQ for directing an offense and dissecting a defense, consistent jump shot is backed by speedy and aggressive moves to the basket that were a lot to deal with, definite next-level appeal with obvious intangibles to boot as well, had coaches in attendance buzzing all day and walked out with a Voorhees College offer. 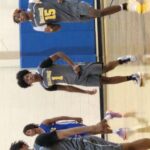 Can go on some impressive scoring runs as he uses underrated power and athleticism to get through traffic or go around the defense, has plenty of range to draw defenders out where he uses slick moves and a well-honed offensive game to get buckets, has been an underrated travel season performer for years now with ATL Select and seems to be embracing a leadership role on a Bulldogs team with several intriguing 2023’s to watch in Josh Daniels, Deshaun Vassar and Caleb Lawrence, a Voorhees College offer appeared imminent as the day wore on.

From a pure prospect’s perspective no player looked more college-ready than Williams, still just a junior he has the body and the advanced game that will soon make him very attractive as colleges begin honing in on 2024’s, can play either guard spot seamlessly as the perimeter and drive games are both lethal making it seem like he was toying at times, were he in the ATL-Metro with his all-around game he’d be a much more talked about player, plays on a 16U Team Dickerson team loaded with studs but his time is coming perhaps as early as this July. 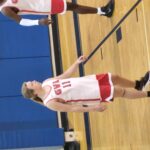 Having come in from Cherokee Bluff to a backcourt that already includes Charlie Reisman, Dre Raven and Keontae Flenoy it would be easy to see it as a distraction, but it looked awfully seamless and in fact the Red Elephant quartet makes for one of the better backcourt groups I’ve seen in June, Simmons looked comfortable and calm and when he’s in that mode he can be really tough shooting it from distance and being a top flight decision-maker. 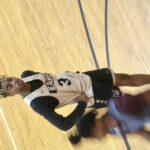 A pair of notable defections in Carter Watkins and Richard Rojas certainly didn’t appear to slow the pace with which the Bears like to go, at the forefront of that pace is often Johnson who is coming off a breakout sophomore season and is poised to move up a long list of elite 2024 guards, he combines with Michael White for one of the more exciting duos you’ll find in Gwinnett, he can play with great speed or slow down and shoot or drive you out of the gym with skill and daring, has the look of future college-level PG. 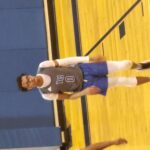 Could have easily been Garrett Jacobsen in this spot as well as both were noticeable and really effective, Dowell is a racehorse out there as he glides up and down the floor with an ease that makes him a tough matchup to stay in front of, an intuitive defender he can turn D into O and his energy has a great effect on his team’s play, both he and Jacobsen worth the trip to South GA. 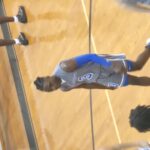 Quietly put together a terrific spring with PSB-Atlanta and as he got back with his Savannah-area pals didn’t miss a beat at our Shootout, the elite burst makes him so tough to get in front of as he can leave you behind with only a vapor trail left, what makes his game so difficult to defend though is the high-level shooting which is backed by a textbook stroke, the on-ball defense is 1st-Team All-Spring Season level, can absolutely lead a next-level team for someone willing to take a chance on a highly skilled under 6-footer. 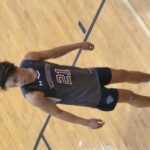 The hiring of Isaac Taylor as HC was a genius move as the accomplished GA Canes coach will surely energize a 2023 class in particular that has great promise, Gustafson has always stood out with the Knights for a level of pure athletic ability to that often adds the spectacular to an otherwise mundane possession, now a senior he looked more in control and more inclined to find the right play to unleash a myriad of intriguing skills, could emerge as a real sleeper down by Piedmont Park. 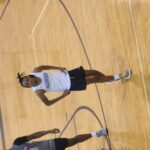 A near complete overhaul at Meadowcreek has a bunch of new faces set to make leaps, fellow 2024’s Daron Sturdivant and Jordan Moody join Roux as foundational pieces moving forward, roux caught eyeballs from the OTR staff with his versatile play as a wing, he hustled and defended and played bigger than his size, he’s a key energy guy for a team that looks more engaged and sharing the wealth with a noteworthy enthusiasm. 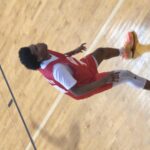 Quite a few 2024’s made waves on the day and Lewis was right with Kymel Williams for top offensive honors, such versatility to go with a near college-ready frame that can both move past people and power through them as well, there’s deep shooting and clever inside play that can be back to the basket or unleashed as face-up drives from the elbows, had an impressive sophomore year and under a new coaching regime could explode as the star-talent he frankly already is on the Southside. 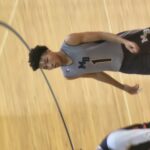 Has been a stud this spring playing with North Metro Elite and in this deep and flexible Eagles lineup can really be unleashed now with the likes of Pope-transfer Will Kuimjian handling the rock, a bunches scorer Bell can be a spot-up shooting nightmare or a lethal slashing wing with hoop and harm ability, quickly emerging as a steal with size, smarts and a growing offensive repertoire while being really sound at the defensive end.