MCDONOUGH, GA – Jarrett Christian and the staff at Pro Movement Athletics do a phenomenal job here in the ATL-Metro putting on camps and clinics for boys and girls within a wide variety of age groups.

Back to WarHawk country we went for their latest seasonal gathering of high school prospects, many from middle and south GA. Here are 8 who couldn’t be missed.

There was a bit of pre-Showcase buzz whirling around the gym about the Kentucky-import but seeing as it was my first time seeing him I was reserved yet curious, most of what I’d heard came to pass and even exceeded the usually hype-filled rhetoric among scouts and evaluators as the guard showed off a highly advanced so naturally fluid and “basketball quick” with change of directions and pushing pace and was one of the day’s best passers making tough angles look easy, reminded at times of Jimmer Fredette with a little flair and a casual easiness with which he got from A to B, awesome work in the mid-range with a soft touch and plenty of range out further than that, an absolute must “commit to memory guy” for July playing up with either the 16’s or 17’s with Team Georgia Magic. 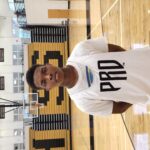 Where last year we saw the likes of 2022’s Nickolas Woodard, Temarius Mathis and Joe Frazier among others emerge from middle and south GA as guys to watch perhaps this year will be Little’s to thrive in that space, a highly explosive athlete who can get off the deck in an instant he has been stellar for Warner Robins All-Stars most of the spring and showed off some of that elite athleticism at the Showcase, particularly impressed with how he shrugged off some offensive struggles without sulking to keep up the defensive intensity and look to make plays in other aspects of the game, well worth a stop-over during July live periods. 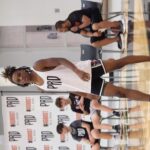 Another athlete who combined high-flying antics with some sound play below the rim was Scott, a football prospect as well he looks and moves like a cornerback out there weaving and exploding past folks in the open floor and finishing with a flourish around the basket, another Team Georgia Magic guy the middle GA program consistently churns out guys to watch from that under-publicized part of the state and Scott is another one to look in on during July live periods. 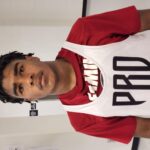 Right with Shoptaw for the day’s top performer honors was the dynamic Perkins who continues to establish himself as one of the 2024 class’ most underrated PG’s, for my money give me this guy to run my team any day as he can be a true downhill offensive force or beat you with crafty shooting from deep, he’ll guard the heck out of you for 94 feet and can be a clear pass-first leader or score in bunches for you, has all the tools and currently playing up with Warner Robins All-Stars 17U is laying the key groundwork for his more crucial spring and summer in 2023 where he should see his recruitment really heat up. 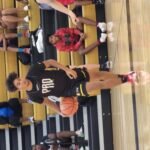 Here come the George Walton guys as Marable’s teammates Reese Gelsthorpe and Logan Blalock have been garnering attention of late as well, you look deep at what Marable likes to do out there and you find a precise and willing distributor who seemingly would rather win the assist title than the scoring one, what he can do scoring is noticeable as he’s got one of the better-looking strokes you’ll find out there and tons of range to unleash it, the Flame Basketball 16U guard is a high IQ guy and a coach’s son and it shows in how he runs a club. 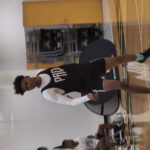 Wisely finding his way around town and grabbing notice for his strong play as a result Foster was once again a stalwart a day after he played well at SH Report’s Showcase at Etowah, we’ve spent some time here on Foster of late and after he was a name to know last fall coming into his sophomore year the potent guard now remains a far north portion of the ATL-Metro junior guard who is definitely one to track in July with Elite Jr Sports 16U. 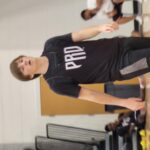 Reminds a little bit of Marist’s Garrett Ledford here in town Rigsby was among a handful of out-of-state guys who had good days, super crafty and yet sneakily skilled as he used his size well to score over smaller players and moved well enough to drive it around others, one of those instinctive guys who cleans up messes tidily or creates chances by out-thinking the competition, intriguing one to watch out of the Volunteer state who can definitely help a next-level program. 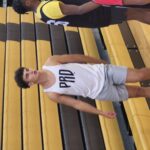 Cheers to the under 6-footers who excelled as they all made up for a lack of ideal size with a lot of smarts and well-honed ability, Costanzo fits that profile as he can get scalding hot from 3-land if left unattended but is a good athlete who will blow-by you and make the right play, always seems to show up and have enough positive moments to be hard to miss the way he can stroke and surely slide over and be a true point down the road makes him one to look at.