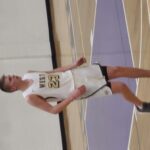 WOLVERINES NOTES: The emergence of Mooney this year as such a consistent force, to go with their other solidly-capable pieces like seniors Grant Moore and Caleb Lesch, means that with the right draw this West group could pose problems in the 7A bracket. Hot-shooting and rebounding is their forte, and talented sophomore wing Will Moore could be an X-factor vs teams that focus their scouting reports on the big 3 seniors.

WAR EAGLES NOTES: It’s been a real treat the last 2 years watching senior guard Ethan Underwood do his thing, and this season as the top dog he more than stepped up to that challenge and has been terrific all season long. He’s good enough in concert with superb coach Scott Givens and their other gritty pieces to singlehandedly shock someone in the states if the opponent takes the War Eagles too lightly. 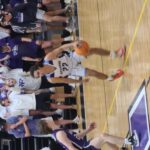 DANES NOTES: Shades of former Dane great Sutton Smith as Barnett stuffed the stat sheet in enough ways to make a huge dent on the last-second win, including firing the assist to Max Vinogradov to break the 45-45 tie and win it with 0.7 left. Having Vinogradov back in the lineup together with playing better and better as a whole as the season wore on has been notable for Denmark as they prep for an uber-competitive 7A bracket.

RAIDERS NOTES: Terrific job by the hosts to break a long drought and qualify for the states, and it was a tough way to go out in this one after they controlled a good portion of the game before the Danes clawed back. Still, senior guard Aidan Kudlas and sophomore big Cole Kirouac are two solid pieces with which to push forward in 7A bracket play before dropping down to 6A next year. 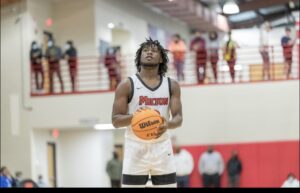 EAGLES NOTES: Hitting on all cylinders, Milton simply overwhelmed the Warriors from the jump, and showed off their quality and capabilities as the defending 7A champs. Ohio State-bound Thornton has always been that player can “will” his team to a W, and he showed some of that off Wednesday. Having a backcourt that includes Stanford-signee Kanaan Carlyle (17 pts) and Northeastern-commit Chase Cormier (21 pts) is a nice luxury for any PG, and each of those 2 can take over a game just as confidently as Thornton does.

WARRIORS NOTES: The exciting backcourt duo of juniors Tayden Owens and Cam Pope was never quite able to get rolling, and a lot of that had to do with Milton’s defensive effort. But when pushing pace and finding their spots the two guards, together with rising-sophomore Braylin Giddens (15 pts), can be catalysts in a Warriors attack that can bury you in a flash of 3’s and run-out deuces. 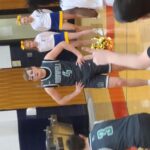 HORNETS NOTES: After looking more closely, with a prior win over Etowah, two wins over a good Walton team and another over Region 6 champ West Forsyth, while it may have been a seeding upset the Hornets were incredibly well-prepared in this one and have 19 wins on the season. Will Simonson’s defense on Eagles guard Brandon Rechsteiner was tremendous, while the Kemp twins Jackson and Mason are so under-appreciated. They go out and just produce consistently, and with fellow senior grinder Quinton Partee lead a team of classic over-achievers who get first-rate coaching from Ty Phillips.

EAGLES NOTES: A 12-day layoff between games was unquestionably a factor, as a team this talented doesn’t go out and post a flat performance like this without good reasons. Again, Roswell had a solid game plan and ran it nearly flawlessly, locking up the stellar Rechsteiner most of the day and slowing the pace of what is normally a run and gun Etowah scheme. We’ve seen these explosive Eagles at their best, so the 7A draw with Region 7 will be a ton of fun.