EMERSON, GA – Finally got a chance in Week 4 to get out to LakePoint for RZYE’s Fall League, which always has intriguing matchups.

From the 3 blocks of play, here were 5 guys to know who might be flying a bit under the radar for their teams but will have something to say this winter. 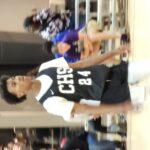 The 2023’s for the Warriors catch a lot of eyeballs and attention but it was Sanford Thursday who immediately popped in the nightcap vs Walton, has a smoothness you can’t teach and has really built off the last year since he caught my eye at the US Games to look like someone who will be a key for this CHS bunch, this team doesn’t lack for scoring but Sanford gives them another strong ballhandler and wing option who can push pace and slither his way to the basket, emerging in the ’25 class for sure. 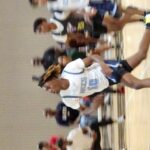 Looking more and more like his older brother 2022 NCCS grad Tremain the younger Davis was all over the floor in their OT win over a really good Hiram team, at the top of their zone he was active and alert and wreaked a fair amount of havoc with his lateral quickness in passing lanes, on offense he was up and down the floor getting some strong finishes as a trailer on the break or slyly weaving his way through the Hornets defense for some nice catch and score chances, like his brother before him he gives this already stout lineup a versatile athlete they can slot in multiple places and can impact the game in multiple ways. 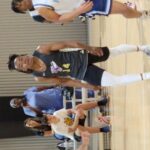 Calling Boyd under the radar is almost comical considering he was among the most consistently excellent overall players we at OTR had all of last spring and summer for playing with top independent org Wood Elite, with football stars Chase Tyler and Walter Matthews tied up with gridiron responsibilities Boyd last night was tasked with guarding star 6-6 NCCS forward Albert Wilson most of the game and showed off the kind of team guy and tremendous athlete he is, looking bigger and stronger even than just a few months ago he was everything you’d want in a next-level guard who can easily play both spots for you and takes it upon himself to absorb responsibilities without batting an eye, a low D1 talent for sure he remains something of a strangely and inexplicably hidden talent and one that is being sorely overlooked for his value. 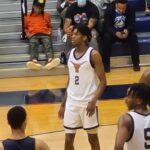 Been such a fan of the multitude of things Johnson brings to the floor whether he’s on the travel ball scene or quietly contributing for the Longhorns, have seen him play the point and wing and guard four spots and do it all with a quiet efficiency and effectiveness that at 6-5 makes him so attractive, on Thursday at RYZE he was tasked with cooling off a searing hot Brandon Rechsteiner of Etowah and used his length and highly schooled defensive tactics to slow down the Rechsteiner express, it was a key in a team defensive scheme that helped turn the tide of the game forcefully in the Longhorns favor as the 5A favorites took off in the 2nd half, with some big names on this roster in the ’24 class you can’t sleep on Johnson’s critical veteran value. 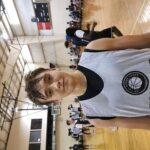 Posted 19 pts for the Mustangs in a win over Dalton that kept them undefeated for the fall, overall the ‘Stangs look much more competitive than in recent seasons as Coach Eric Blair and crew have a group that plays hard and well together, Whitaker epitomizes that coming off a travel season with Wood Elite that placed him squarely in the crosshairs of evaluators like myself, at 6-6 with a mix of inside and out play that is augmented by underrated athletic ability he can draw bigs away with the jumper and uses a much-improved frame to do the dirty work in closer, he’s set potentially for a big breakout as a focal point for this improving team.