EMERSON, GA – Was back at LakePoint for Week 2 of their fall league, and made the rounds to get looks at more of the variety on hand. Some thoughts from the night:

One of the area’s great puzzles coming out of the spring/summer season is the clear under-recruitment of special guard Anthony Arrington of Galloway (pictured above). The 6-2 senior stud has been doing nothing but putting up consistent and often spectacular production for the last two years both for a Scots program that has 41 wins over that span as well as for whomever he suited up for on a local AAU circuit where player movement among teams is common. From a scouting perspective, if you want to be one of those types that looks glass half empty in assessments you can knit-pick on his size, knit-pick on his speed, knit-pick on his ballhandling. For me, in those areas and beyond, all I see are glaring positives across the board that frankly amount to a D1-level player no matter how you mash it up. At that 6-2, he rebounds as well as any guard I’ve seen since 2019, he hasn’t had to play a ton of PG with classmate Quentin Alterman more than ably manning that slot but he can slide over and has plenty of handle and savvy to run an offense. His frame has steadily gotten stronger and stronger and now as a senior is right where it needs to be with still time to add more bulk before heading off for the next level. His defense is equal parts smart and determined, and for a smaller Scots program he’s often playing center and guarding guys 6-5 and bigger under the rim when he’s not stepping into passing lanes and igniting fast breaks. And scoring? Well, that’s his calling card, and don’t college coaches love guys who can tickle the twine from anywhere on the floor? His 34 pts vs Sequoyah last Thursday was filled with multi-level brilliance that was about as “unstoppable” as the sometimes hyperbolic label ever gets. Be smart, pay more attention to Anthony Arrington and land yourself one heck of a player.

EAGLES TAKE FLIGHT FROM THE RUNWAY 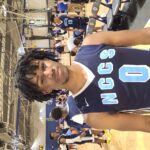 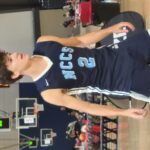 Have a hunch that college recruiters will be forced to spend extra time along the I-75 corridor toward Kennesaw to check in on the many intriguing talents and personalities that inhabit the North Cobb Christian School roster. Last Thursday they took out an underrated-looking Cartersville bunch (led by dynamic and explosive senior guard Kam Callahan) by showing off their fascinating combination of really talented returning veterans and spry and up-and-coming new additions. Leading the charge and right there in the under-recruited category with Arrington is senior guard Tremain Davis, who like the Scots star has been both getting better each year and been a steady production machine over the same span. Stout and solid at 6-3, his physicality immediately separates him from most of what he sees in A-Private, but as an evaluator you love to see how much work he’s put into the consistency on his deep shooting, turning that into a much more viable weapon. On the fast break, he’s a freight train like many others on this team, and that frame and good size give him defensive versatility that is always welcome at the next level. Fellow senior Jack Hewitt looked terrific yet again coming off a summer with SEBA FCI Warriors where he was a clear breakout even in the shadow of Allatoona’s Cayden Charles’ emerging brilliance. He’s such a winning player, makes the right plays, sees openings and identifies trouble, and he like Davis has equal versatility to play either guard spot seriously affecting the game as either a scorer or using his sneaky quickness and slick handle to be a penetrator and facilitator. My kind of player Hewitt is, would be on my college roster in a hot minute. Junior CJ Wallace, an ace defender and another reliable ballhandler and shooter, provides a steady hand amidst this much-more athletic and explosive Eagles team this year, transfer big guys sophomore Albert Wilson (from AZ) and junior Samuel Ayegunle (Solid Rock Acad) add bulk and low post mobility where it was lacking, and electric freshman guard Josh Dixon has quickly emerged as one of that class’ best lead guards with speed, creativity and all sorts of confidence that saw him Thursday turn defense into offense and be the tip of the spear on that fearsome run game. 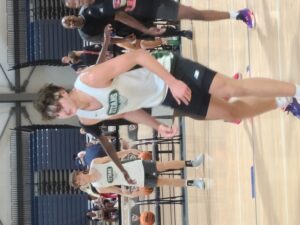 Being 6-9 and muscled used to be a one-way ticket to the low block to ho-hum catch with your back to the basket and turn for dunks, grab rebounds that fall in your face and be a wall at the other end while stationed in the paint. In 2021, those same guys run 4.5 40’s, have 40-inch verticals, and shoot the ball from 3 steps inside halfcourt, to say we’ve evolved as a species is almost comical. Enter Junior Brigham Rogers of Blessed Trinity, not one of those guys just yet, but now bigger and stronger and more fleet afoot than at any time I’ve seen him and poised to use his considerable physical gifts to make a giant leap on recruiting radars. Thursday against Paulding County we saw some of the things he has been tirelessly working on – extended shooting range out to the arc that is an evolving weapon but one now much more readily available than last summer, an ability to grab the board and start the break himself with a confident air putting it on the floor in space and leading the charge, and even more variety in close incorporating excellent footwork, use of both hands to power to the goal, and having the floater and jump hook on demand. From day one, his rim protection has been his most potent asset, and that continues as no list of top shot-blockers in the ATL-Metro could omit Rogers. He’ll benefit from ATL All-Stars junior teammate Cole Weaver’s return from football as the two will make for one of the best 2023 frontcourt combos in the city. With Jax Bouknight graduated, some new guards will step into larger roles for BT, prominent among them will be junior James Connolly he too another ATL All-Star, who at 6-4 with serious hops looked really comfortable last week on the attack and has the ability to be that key perimeter cog to complement the two athletic bigs the Titans will employ.