We’ll circle back later for individual coverage of the 3 Showcases from the weekend and pre-Christmas slate early this week. 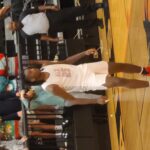 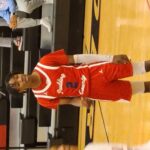 WHAT HAPPENED: Alexander W 77-72 – In a terrific HS-basketball game, the home Cougars staved off the upset bid from a really tough and determined PCHS group, who had late leads and was tied with 24 secs left before undefeated Alexander’s Zion Fruster scored the last 5 to seal it. Fruster (24 pts) was at times spectacular and at others a bit loose, but what is undeniable is his natural scoring ability, be it getting downhill with great pop in his stride or knocking ’em down from distance with a really pure stroke. He combines on the Cougar wing with fellow senior Jah’Kim Payne for a really tough 1-2 punch, Payne at 6-6 adds a high-flying element and serious defensive versatility. Mixed in with those two is junior guard Noah Melson, who at 6-6 and in possession of a smoothness you can’t teach, has D1 package skills and adds dimension #3 for teams to scout and worry about. The backcourt depth is real when you consider seniors Joffrey Nunnally, Kelby Quarles and Kyle Singer can all be interchanged into either guard spot. All that said, a Cougars deep playoff run rests on the considerable shoulders of super-sophomore Braedan Lue (22 pts), who has been on the come for 2 years now and is seriously hitting his stride as the main post-threat for Coach Jason Slate. When he touches the ball, the possession is completely different than when he doesn’t, as neither Paulding County nor virtually anyone else they’ll see this year will have an immediate answer for his physicality, quickness and array of moves from 10 feet in. It’s as impressive a frontcourt talent as I’ve seen in the 2024 class. The Pats are no walkover home or away and their record backs that up, they have guards galore who can play, led by a trio of juniors that most coaches would definitely go to war with – Javonne Williams (19 pts), Elijah Fisher and Frantzyr Chardavoine. All three are lightning in the open floor and to the hoop, can knock down 3’s when sloppily unchecked, play in your grill defense, and slide between point and wing effortlessly making for tough matchup choices when you need to get a stop on them.

KEEP AN EYE ON Lue >> As said, the wing talent in Douglasville can take this team a long way, but to own the Region and be a 6A title threat it’ll be Lue and his quality touches that define the final story to me, when you have a player on your team that will so seldom have an answer, he needs to be the focal point from which the engine feeds.

WHAT HAPPENED: Sequoyah W 72-59 – The Wolverines looked far better than their record might indicate, and fought hard on the Chiefs home floor before a big 4th-qtr from their veterans helped them pull away. While Dylan Wolle (14 pts) was a tad late getting cooking, he still impacted the game with a good 2nd-half and this Sequoyah group always finds a guy or two among their top 7 that makes a play or two (see junior Matt Traynor and senior Conner Harris with 21 combined pts) when the stars are bottled up or chilly from the outside. Unsung as he is most nights was senior Fisher Mitchell (16 pts) once again, who at 6-5 is their only real size on the frontline but plays so soundly on defense and adds that pick-and-pop shooting that opposing bigs have to honor. They’ve bounced back from 3 straight setbacks with a 4-game winning streak. Woodstock guards senior Landon Stubblefield and sophomore Quentin Rakestraw can definitely play, Stubblefield can get hot from deep and takes excellent care of the ball at the point, while you can see Rakestraw’s athletic ability on and off the ball even when he’s not in full scoring form. 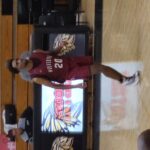 KEEP AN EYE ON Austin Bing >>  The Wolverine sophomore is just the reason we love doing this job so much, as this was my first time seeing him but the name will stick for sure. Athletic and mobile at around 6-4, he can play big or small and drive it around you or go up above the rim. He was dynamic and has so much intrigue and room to grow his game and is a name that should be committed to memory for many out there. 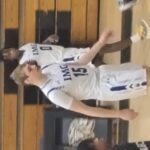 WHAT HAPPENED: In catching the first half of this one, one thing became clear – IMG (Bradenton, FL) is fascinating as we know with as many as 6 different teams they put on the floor, and this “high school” Blue version that was visiting Sequoyah had plenty of intriguing pieces. Former Harrison and NME guard junior BJ Brown drew fans from the area in coming back to GA, and he looked bigger and stronger yet hadn’t lost any of his signature quickness on the drive, as he has always been a drive and wish wizard. 6-10 senior Carson Cooper showed off an impressive frame and a super soft touch from 15 feet and in, plenty of quickness facing up and a real nose for the glass and putbacks. He boasts a recent offer from American University to go with Stetson, Duquesne, Vermont and Eastern Michigan. Anquan Boldin Jr, the son of the former FSU and Ravens wide receiver, was as you might expect superiorly athletic at 6-5 moving up and back, laterally and above the rim. There’s a lot there to work with if not quite the overall polish to land him on their signature post-grad, nationally-ranked squad. Albany State, Barry University and Lynn University offered over the summer, prior to his move to IMG, so that attention may pick up a bit and include some low to mid-major D1’s. A third cog, one sure to draw attention just on its face, is 7-5, 15-year old Olivier Rioux. Told by multiple sources he is indeed the tallest teenager in the world, and the youngster carves an obviously towering presence out there. He moves pretty well, and with that kind of incredible length can affect the game at both ends, and with a couple of years to develop there’s plenty more there than just overwhelming size to be attracted to. 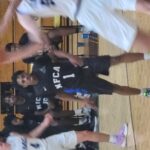 New Faith Christian out of Stockbridge is a new entity to me, and they play an independent schedule that’s a mixed bag of GAPPS schools, other independents and some GHSA schools. They came in with a record of 6-3 against that slate, and had plenty of size on their frontline with Shayear Mouzone (6-8) and Sincere Simon (6-9) among others, but senior guard Dechun Rutherford appears the star, as the shifty and daring speedster went right at the IMG size and cut up several of their perimeter defenders as well.