MARIETTA, GA – Back at Pope HS we went for Billy LoPresti and crew’s SEBA All-Star Shootout for the fall. The guys at SEBA do such an amazing job with player development and have been for many years, it’s always a pleasure to get a chance to cover their events.

Inside another strong turnout, I never sleep on the value of looking guys over in drill stations, and several stood out, those are our early day top performers. Then we’ll look this week in “Late Day Top Performers” at guys who were still bringing it later in the day when live play tends to get a bit choppy. 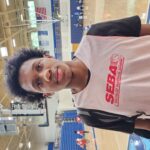 Late-bloomer Cannon sets up as one of the more intriguing bigs both who were at SEBA and heading into this coming winter, he has essentially waited his turn out in Walton County but it’s been a combination of prolonged ongoing development and a packed frontcourt of older classmates, now a senior he will get the chance to be featured on the interior and he showed some of what he’s been doing last Saturday, lean and fleet-footed he was more physical at both ends and has tightened the hands on the catch to finish with more authority, since mounds of weight are unlikely to be added by November he’ll need that increased assertiveness to catch the kind of eyeballs a kid with his measurables and upside should draw.

Among the athletic breakouts of the day was Ofuso-Kwarteng who used that advantage to stand out as a driver, rebounder and defender, really smooth as a finisher both out in space or coming in hot on the break, on the ball he was among the day’s top stoppers, we based primarily north of I-20 don’t get to see Whitewater much if at all but this was a truly quality find, there was jump-shooting and ballhandling and all the signs of a real sleeper coming out of the Fayetteville-area. 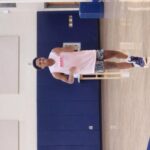 A top performer of the entire day Patterson continues to display the immense moves forward in his game as an overall lead guard, can get you with patience or with pace as he controls the ball with a lot of confidence and makes the right reads more often than not, excellent shooting touch means he has to be closely marked but now as a senior he is taking the bull by the horns when he wants to get at the basket, the continued upward trajectory means he is showing the chops to be a really good college player. 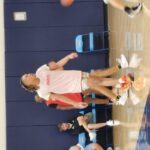 Have had the pleasure of following the progression of Reynolds over the last 2 years and it’s been eye-opening to see how the effort-level above all never wanes, he’s going to force the very best out of whoever is opposite him and at SEBA he had one of the day’s fun matchups with Walton’s excellent 4-man Harrison Morris, whether it’s going at the glass like a lion or using his really good movement away from the basket to drive it or catch on the move Reynolds remains one of the more under-appreciated 4-men in the ATL-Metro. 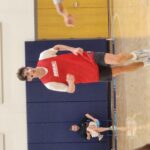 The second half of that fun dual with Reynolds was Morris, loved seeing him take on the physical Cedar Grove big man, certainly showed all the fire to handle it and used his length and savvy on the defensive end well which was something I personally hadn’t had a chance to see much of with a player the strength-level of Reynolds, we know of the stretch-4 characteristics of his game with jump-shooting to the arc and nice footwork and variety near the basket, feeds naturally well off of superlative guards Luke Flynn and JP Wells at Walton and that should be a lot of fun this winter. 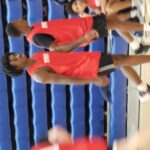 Great to see Henderson again after he really impressed as a volume scorer when I saw him last winter just before the new year, it’s a true pure scorer’s mentality and you have to respect a guy who feels like he can score on anyone, he wasn’t forcing the action at SEBA and shot selection for a guy like him can often come under scrutiny but he finds his way to good spots and is the kind of guy who can save a faulty possession with a bucket when things break down in the halfcourt, if you’re in the Macon-area and looking for a classic bucket-getter drop in on Westside. 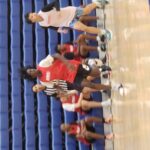 A good day for Walton guys as Etah was simply hard to miss the way he was flying around the court, great athletic lift to play above the rim as he got some spectacular finishes and was absolutely windex-ing the glass, away from the basket he showed some face-up driving which really added to the arsenal, defensively he can easily guard bigs and keep up with guards with all that god-gifted lateral movement, fascinating guy to watch going forward. 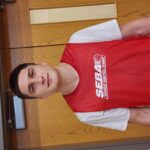 Buzz began circulating in the gym about Simun midway through the afternoon and I finally got to see him toward the day’s end, what we’ve come to expect from highly sound and fundamental European imports showed up in the Montenegro SG, crisp and decisive extra passing with terrific movement away from the ball and deadeye shooting from 22+ feet, what really got folks going was his above the rim play as he threw one down that energized the gym and that aspect quickly changed perception from what we might misperceive Euro-imports to be to a skilled wing with a lot more to see.