WOODSTOCK, GA – One of the fall’s must-attend stops on the Showcase circuit took place again at Etowah HS Sunday, as SH Report and Kris Watkins went to work once again to help get kids performing in front of college coaches.

OTR had all 3 courts covered with evaluating eyes, so names should pop up in our content left and right. Here’s Part 1 of 2 on some of the guys we couldn’t miss who came around where I was on Court 1. 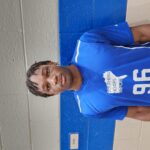 It’s been something of a slow burn for Ross over the last year as he came into Atlanta last winter and stood out Showcase play and then followed up a strong season for the Wolverines with some more really strong play for always pesky Georgia Ignites, a power-packed and low to the ground package that can be effective at either guard spot he showed off plenty of the bully-ball getting downhill on Sunday, nice touch from long-range and a real nose for things on defense makes him an easy steal of a prospect from the always tough and under-served Savannah-area. 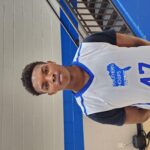 As noted in my recent Stock-Riser “Hybrids” piece Little has not only clearly been putting in the work on his game in training sessions but has placed himself in valuable places to be seen, most of the colleges in attendance already knew about him coming in but for him to go out and again perform at a high-level drawing many of the same oohs and aahs he did all travel season speaks to his commitment to get there and the true nature of his versatile abilities, unquestionably one of the best players in the gym Sunday.

One of the day’s real breakouts for me was Towns as he looked the part of a college-ready PG with a ton of composure and moxie that will be huge for the Panthers this year under new Coach Mike Artis and alongside Khirus Doucet, played fast but not out of control when needed and most importantly backed up his penetrative game with a really sound looking jumper from beyond the arc, looking forward to seeing more but this is a Douglas County must-see for coaches out on the road looking for a true lead guard. 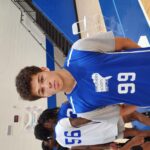 In the all-go fast-paced running game featured at Cherokee it’s often first man with the ball who gets the best shot, for Georgia State Warriors in the spring and summer Giddens can get more space to slow things down and assess and he did that Sunday as well, you can see him working things out with a clear IQ of the floor and where to make the best play, one of the day’s best passers as well as one of the headiest defenders I saw he will again be a lot of fun with his 2023 Warrior mates putting points on the board. 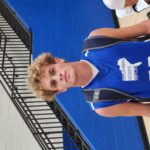 Always seems to make a statement in the Showcases does Rouse as he plays a style that college coaches envy, he goes the same 100% it seems all day long even as things get choppy later in the day and his improved ballhandling to go with deadeye shooting from distance means he can be a potential scoring point at the next level, has a confidence I like and a fearlessness that anyone would like and should be part of a high-scoring and fun bunch up at East under Coach Scott Bracco. 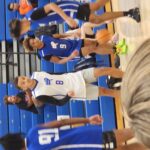 Gaining steam as a fast-riser off his play both at our Super 64 and last Sunday’s SH Report Showcase, the pace with the ball immediately pops when you watch him cover ground out there and when he wanted to get at the basket there weren’t but a handful of guys who seemed able to cut him off, has a true floor general appeal about how he controls the action and will be really interesting alongside Kory Mincy and Co. for what is sure to be another state title contender down in East Point.