WOODSTOCK, GA – Southern Hoops Report hosted its Fall Showcase at Etowah HS last Sunday, and yet another deep field was in attendance for Kris Watkins and crew. It was a fun and hard-working day as the kids got excellent drill work in and the game-play was at a high level.

Some familiar faces from past Showcases this year as well as June Live play shined yet again, while a few others stamped their presence onto radars of evaluators in attendance. As I bounced from court to court, here are 7 that couldn’t be missed:

The jump from impressive athlete with loads of upside to legitimate all-court baller was obvious, set to make a big splash with the new McEachern regime and all those talented new faces emerging all around the program to augment steady senior returnee Braden Sparks, still a high-riser and a fierce finisher coming off the break, but both in drills and in game-play the jump-shooting stood out as did the range, now a legit threat from 18+ and the burst off the dribble and “watch your head” finishes that follow firm up an incredibly bright future for this riser. 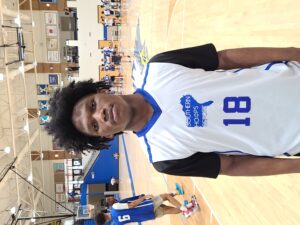 Made a big impression with me over at CTC’s Fall League and only added to that with a thoroughly easy-looking performance Sunday, more than once folks came over to tap me on the shoulder and ask who #18 was, noted in my CTC write-up he’s power-packed running back out there that can go hard and get you 25 or back it off and be an incisive floor leader for others, the lethal combo of slick ballhandling and soft touch from multiple spots is a whole bunch of trouble for defenses, a tremendous on-ball defender he changes from D to O in a flash, big-time riser in the class.

The size, the defense, the ballhandling, the finishing, it’s something of a wonder to me more offers haven’t been pouring in for this multi-faceted guard prospect, if you’re one of those that over-analyzes and perhaps sees the lack of lightning-fast foot speed or 23-foot shooting range you’re sadly missing the long list of other positives, was terrific in the spring during Showcase season and amazingly looks to have gotten even better, the versatility to be a game-changing factor at either guard spot at 6-5 alone is enough to warrant serious looks to me. 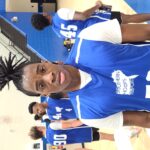 Been such a fan of Grosvenor’s game going back to his days at Alpharetta, a natural scoring-PG he was among the top 2 or 3 Sunday using the dribble to just bust it past people, the pull-up game reminds of yesteryear as he doesn’t see the need to force it into traffic and is super comfortable from 8 to 15 feet, can go from scoring point to facilitator easily and in an all-star setting (similar to what he’ll have with his stacked NG lineup) he can post you 10 or 12 double-doubles in a season with points and assists, if the under 6-foot thing isn’t a hang-up this is a steal of a PG prospect. 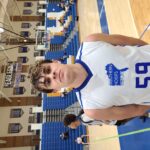 Playing at his peak since I first saw him 16 months ago with tantalizing ability but a few edges to be honed, he’s put the work in on both his body and his game and it’s taken him to a point where legit offers are coming in and more will follow, the motor and enthusiasm are top shelf as at 6-6 with great hops and an uncanny nose for the ball near the basket he can own a game on the glass while  sprinting up the wing for a thunderous dunk or And-1, the variety off the catch has markedly improved as now the 12-footer is in the arsenal and more control off the dribble-drive means you have to worry about both. 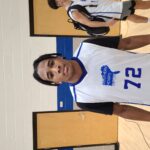 Another power-packed frame backs Gales as he showed off hot streaks scoring it from multiple levels, scored in bunches from in tight, moving into space for the 15-footers, and from beyond the arc, rebounds like a forward, has terrific instincts on D both on the ball and seeing passing lanes, high IQ guy who makes things look easy but is actually usually out-working everyone else, consistently impressed every time I’ve seen him coming from a solid Dragon program that has averaged 19 wins over the last 3 seasons. 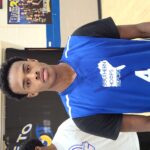 Was a can’t miss during the June Live Period and while teammate Harrison has been steamrolling on the Showcase circuit it’s simply impossible to miss the excellence of Freeman each time out no matter who he’s playing with, moves to my best on-ball defenders group right off the bat as like most Archer guys can lock you up from baseline to baseline, shows a willingness to do whatever is needed often guarding larger players, or handling PG duties, or sliding over to be a wing threat, uses exceptional athletic skills and keen instincts to grab boards and ignite transition playing that morph role, emerging rapidly as someone next-level coaches will simply be forced to pay attention to.