WOODSTOCK, GA – To the hardwood went SH Report and Kris Watkins once again, this time for a Spring version of their highly successful and exposure-driven camps designed to get kids noticed before college coaches and regional evaluators.

Of the near 100 kids who came and played hard, here’s part 2 of the guys that were drawing a lot of eyeballs:

Has been playing up with the GA Canes the whole spring and even at the 17U level he looks right at home, the sparkplug has just such an advanced knowledge base to go with a set of scoring skills that clearly have been honed and forged in the off hours through training, fearless and inventive into traffic were he 6-0 or taller he’d be talked about as one of the very best 2025’s in the state, as it stands at 5-6 he is still not far from the very top of the 2025 class. 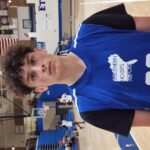 Part of a deep 2024 class at RRHS that will be the foundational pieces for the next 2 Knights seasons, has come a long way even from just March when I saw him trying out with OTP and looking like an athlete with a lot of promise, he too has clearly put in the off-hours work and now adds 3-pt shooting range to an athletic and fleet movement-based attack around the basket, has added weight and will add more in the next 2 years upping his profile and laying the groundwork for what has all the potential for a college career. 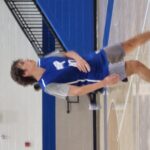 Got the day’s hustle award as the Team Dickerson guard was all over the floor on his feet and diving around despite having a nagging brace on a finger that didn’t seem to hamper him all that much in the end, showed an ability to cut you up as lead guard and a nice precise release on the shot which goes out past the arc, tight handle and good vision makes for a really nicely skilled complement to stud 2024 Luke Flynn among several guard components on the Walton roster. 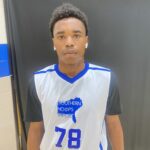 The GA Canes were well represented among the outstanding performers at the Showcase and Watkins has been a bright spot in general around town since March, playing in a brutally tough Canes backcourt with Bowyer all throughout the last 3 months he can be equally tough to handle on his own as he like Bowyer is a straight baller who knows how to use smarts and skill on the attack, soft touch on the jump shot particularly when he wisely uses the mid-range, love him as a future college-level PG as he gets a bit stronger because the swagger combined with the exciting skillset translates really well. 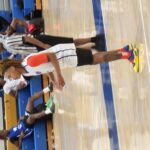 Been a fan of Pennamon’s play for 2 years now as he has been a stalwart on the travel scene wherever he played always standing out for his hustle and sneaky way he goes about hurting you in so many ways, A+ defender in the typical Rams mold, a 2nd Newton product from the camp to watch this June he can be an intriguing key the way he can handle and shoot it for the Rams in a 4-guard look with Stephon Castle, Jakai Newton and Marcus Whitlock all playing off the ball in a frighteningly damaging quartet. 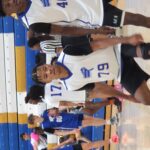 Since his move to the GA Canes the stellar staff there has been seeking to prime him more as a true PG than the closer to pure scorer he is at the moment, that’s by no means to say he can’t handle it as the speed burst up the floor and by people is elite and he does see the floor well, the defense is what really shines right now too as that foot speed makes him a stopper, if the Longhorns decide to move CJ Hyland off the ball more where he can be a formidable presence off the wing it could be really intriguing to go with dominant 2024 big Jayce Nathaniel and newly arrived transfers from Habersham Central Osmar Garcia and Landon Suarez. 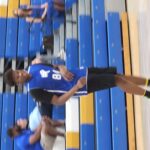 Playing as an undersized 4 the Dunwoody United sleeper had been putting in yeoman’s work with his travel club prior and continued that with an activity level against some good bigs on hand that was noticeable, he kind of cuts a passive-looking style out there from a purely visual sideline view but ends up getting to the ball and making plays despite that seeming trickery, better shot-blocker than a 6-4 playing PF should be and makes a lot of winning basketball plays that result in good things for him or others.