WOODSTOCK, GA – One of the premier Showcase events in the ATL-Metro took place March 13 at Etowah HS, and over 140 kids participated in the annual Southern Hoops Report’s Spring Showcase. 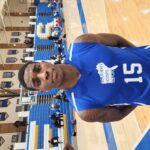 Virtually unstoppable most of the day with a variety of power moves in close and smooth agile variety from other ranges, can play the bully game or face you up and get downhill with a serious head of steam, so strong and yet such a good mover his defensive versatility covers 4 spots, always been enamored by the physical gifts and basketball acumen going back to his time with NCCS and it appears he’s added to what we saw in year’s past. 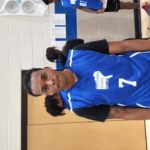 Yet Another really talented unsigned guard in this class with all kinds of ability to help a next level program, can play either guard spot for you at a legit 6-4, smart scorer sees chances to go hard a the hoop but never seems forced or in a poor stretch, heady defense and a really good passer, so impressive and could play for me all year long and seems destined to make a mark resulting in an offer somewhere this spring and summer.

The best pure athlete in the house and a 2-position guard who lit up the gym multiple times with his incredible lift off the deck and as well as his ability to leave people in the dust in the open floor, there’s everything you’d want and is clearly a casualty of the new funky recruiting climate, caught his act last fall down in Middle GA, is an absolute steal and as ready to step into the next level as any guard in attendance. 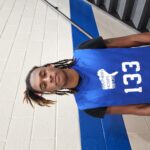 Had the day’s highlight reel slam and was possibly the day’s most effective big man overall as well, has good frame already but can add mass and that would be a lot to deal with at the next level, has some variety catching with his back to the basket and range to 15 feet but again both of those can go a step further and that’s why he left with multiple offers. 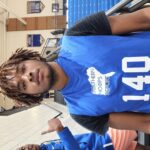 Mustangs 2023 PG Keishawn Hampton had his typically strong day as well but it was near the last block of games where Hendricks distinguished himself, still going hard late in the afternoon he was up and down the floor and showing the kind of tantalizing natural athletic ability that makes him so dangerous, has the feet of a ballet dancer and his shot has improved to the point where he must be marked out to the line, can do a lot for himself with a big next 5 months.

My first look at Dorbor after hearing his name come up a lot lately in the sleeper category, definitely made an impression with his mix of high-rising capabilities and effort-level at both ends, didn’t see a lot of the jump-shooting in game-action but in drills it was there, the body, size and skillset are immediately next-level ready and the recruiting climate is the only thing keeping this guy from already having committed somewhere. 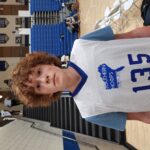 A star on the rise for the Grizz, playing with 2023 brother Seth the two were excellent feeding off each other, Jack is still growing into his frame and his agility will advance and improve each year as he probably will gain height as well, but as a freshman win the shooting ability, IQ, and confidence this is a name to watch for sure. 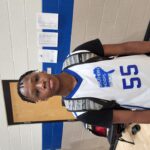 Another freshman who was hard to miss and Smith has been putting a stamp on his resume for most of the Warriors season, plays with such a calm and coolness for a young player and his decision-making already is high level, can go from pass-first guy to scoring in bunches when needed and he has the look of a star lead guard to watch going forward.

Can be a load to handle with a body built for contact and trucking defenders, can play the high-rise game or get in close and seriously create space with powerful shoulders and legs, love the way he can run the floor and is a glass cleaner with sticky hands, will catch more eyeballs this spring and summer on the circuits with that unmissable physicality. 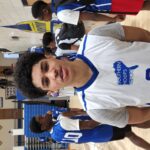 So sound in both his attack package as well as defensively, has the stroke to play the wing and the moxie and understanding to handle the 1-spot, goes hard all the time and has the pace and long strides to be a factor in the open floor cutting through defenders, shows patience to see good spots to break down the defense in a halfcourt setting. 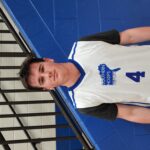 Poised I think for a big summer as he plays solid all-around basketball in these Showcases but has a lot more in the tank particularly offensively to show, affects the game in multiple ways with hustle and smarts and is a physical guard who can get to the boards for you, handles the ball when needed and gets up and down the floor happily into traffic like a linebacker chasing an RB, should see an increased role alongside stellar PG Isaac Martin and 2024 riser Jack Thomas in the Knights backcourt next season.

Defies size limitations with his play but in a recruiting profile the 6-1 puts him in a tough bracket in today’s recruiting world, but he was still superb in drills as he’s fundamentally sound and only has one gear, can play PG at the next level but really likes to score so you want to utilize that, tremendous attitude and enthusiasm on the floor. 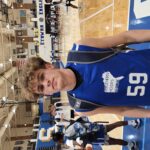 Rouse hit my radar over Christmas at the Broncos holiday tournament where he excelled as a scorer, saw more of that in the Showcase format where he kept his cool as the games got choppy late in the day and capitalized on his chances both knocking them down from distance or using deceptively good speed to get by people, with teammate Bryce Bracco poised to be a fun backcourt next year up by  Lake Lanier. 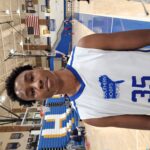 His head to head to matchup with Mike Kinnard was one of the best game segments of the day, Mustafa-Reid can really move and runs the floor as well as any big guy I’ve seen all season, gets off the deck fast and will relentlessly get to the glass for you, has great instincts both as a body-up defender and a shot-blocker, he’s the kind of guy who I can see what kind of college player he’ll be in 3 years and it’s a good-looking, well-rounded bball image.