Decatur, Ga– The Southwest Dekalb Showdown played host to several schools this weekend from Augusta all the way back down I-20 to Southwest Dekalb High School. I was able to see a few games and here’s a list of my notable players to track the rest of the season on their respective school teams.

Worthy was the lone bright spot for Redan this weekend. Worthy was the only scoring threat for Redan through the first half. After an injury, Redan’s offensive output declined and Eastside was able to pull away. Worthy kept them in striking distance for as long as he could but the Eagles were just too deep. Worthy scored from all levels and hit the jumper off the bounce with consistency.

2020 Xavier Worthy @Zaay2live was the lone bright spot tonight for Redan in a tough loss.

Worthy was the primary scoring threat from all levels of the floor connecting on pull ups & 3’s.

Finished with 17P & a few steals for Redan. pic.twitter.com/g4dwBDlXGc

At first glance you can see why college coaches are flocking to the young forward from Eastside High School. At 6-foot-9, with mobility and a silky-smooth jumper, Wiggins’ stock will continue to grow. You can see the skill, ability, and upside with added strength and weight to his frame that would have colleges finding Wiggins high on their priority board of recruits. He could have a big year alongside teammate Myles Rice and lead Eastside to a deep playoff run.

This was the best performance I’ve seen from the senior forward. Casola made his presence known on the offensive glass and converted the 15-foot jumper with ease. His activity on both sides of the ball allowed him to be in positions for second chance opportunities all game.

Tough team with length and skill at all positions. pic.twitter.com/JaZczo2ck3

Rice took control from the initial tip, scoring a layup for the first basket of the game. Rice was quicker than the opposing guards and got into the lane for layups at the rim. The Junior point guard showed good court presence and controlled the game dissecting defenses finding mismatches inside with Wiggins. He plays well in the open floor and doesn’t turn the ball over much. If he can score and facilitate every night for himself and others. 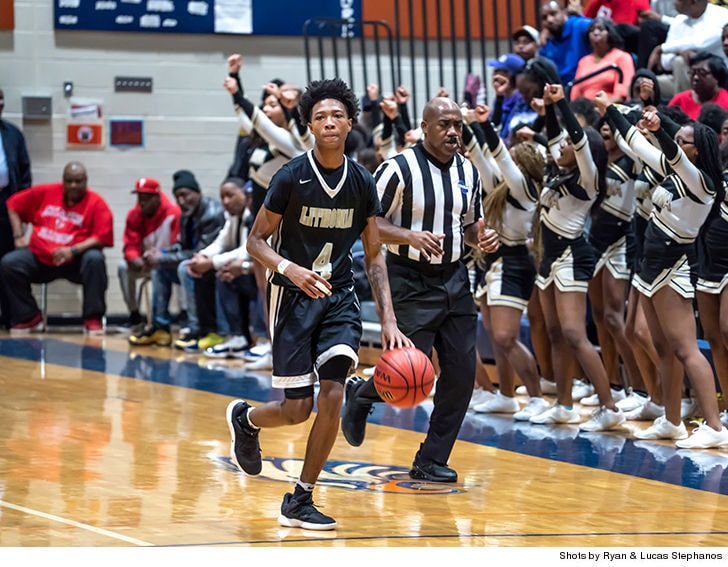 Gaines may have had the most impressive day out of everyone. Gaines looks really dominant & the addition of Javontae Jackson proved more than helpful last night. Gaines has the ability to tear a game wide open with his highlight reel capability every time down the floor. Even with all the dunks, he still shot the ball well from three & was effective on the glass. As an off-ball guard who could stretch defenses and fly in transition, Gaines will see an uptick in his recruitment going late into his senior season.

This Ohio State signee has the frame and size that would make any coach turn his head twice especially when you get a glimpse of his shooting touch. At 6-foot-7 and athletic ability to play above the rim. He’s skilled with a good IQ to make other players better and stretch the floor. I’m excited to see his progression and jump to the next level at Ohio State in the fall.

Son has long been deemed as one of the best floor generals in GA’s 2020 class. With foul trouble to Robbie Armbrester, Son and Ra’Sean Fredericks were the catalysts for Therrell High for the majority of the game. Son came out the gate after halftime looking to be aggressive and scored off multiple elbow jumpers for timely baskets. Son controls the game and has a good understanding of tempo and pace with his team and when to settle the game down to get quality offensive looks. This game he didn’t over penetrate or get stuck in the lane, he was decisive in his decision making and looked comfortable scoring from the midrange area.

Edwards is a mult-skilled wing that can score the ball in a variety of ways. He’s a tough cover for smaller guards the way he shields defenders and shoots over the top for fadeaways or elbow jumpers. His handle was impressive in both transition and half court shifting defenders and making his way inside the lane with crafty hesitation and behind the back dribbles.