The Spring Super 64 Camp featured many of the top seniors and underclassmen.

The 2019-20 High School basketball season could have arguably been one of the best in recent memory. The year was filled with a big collection of talented athletes, competitive tournaments throughout the year and a state tournament that saw great games, upsets and eight deserving champions crowned on the men’s side at the infamous Macon Centreplex. That positive energy will now be carried over into the offseason where camps, tournaments and showcases will take place until the 2020-21 season commences. Last Sunday was the first example of that energy with On the Radar’s Super 64 Camp at McEachern High School. 70 prospects from all classifications looked to get their offseason started in the correct fashion. These were some of those prospects that shined throughout the day: 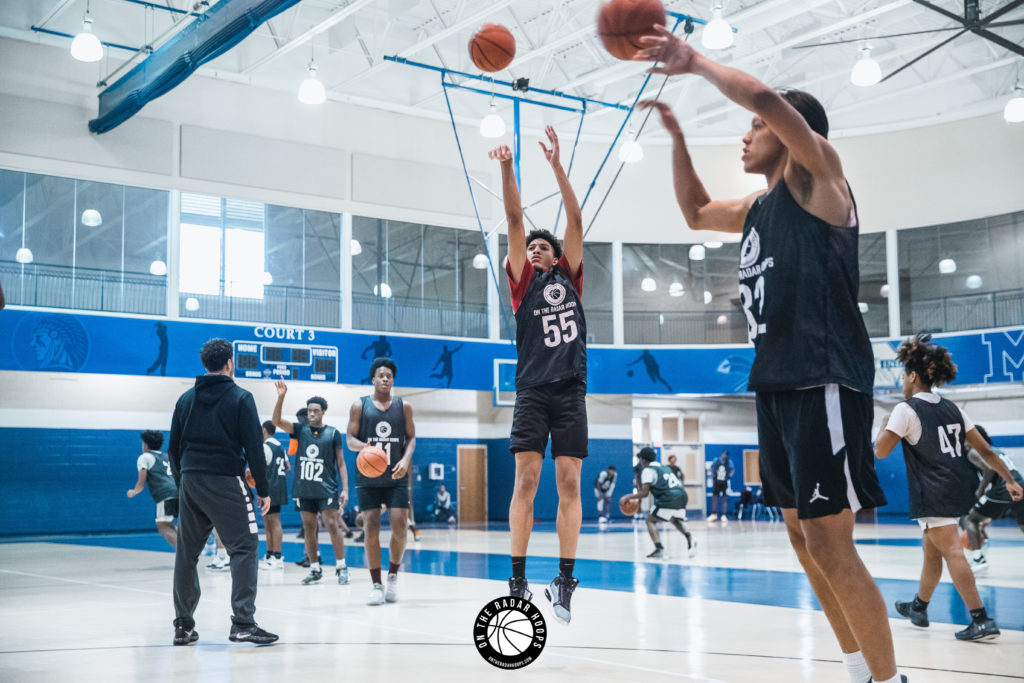 James made the most of his senior season with McDonough, leading his team in scoring at 13.0ppg and advancing to the Sweet 16 of the class AAAA state tournament. The 6’5” off-guard has made a reputation of being one of the better shooters throughout the entire state and that was on display at Super 64 instantaneously. He has a college ready release and can knock perimeter shots down from anywhere on the floor. James’ athleticism was also on display at the last weekend’s camp, finishing drives above the rim and over defenders occasionally. The unsigned senior has good length to effect passes defensively and should have a very productive spring running with the Georgia Canes. 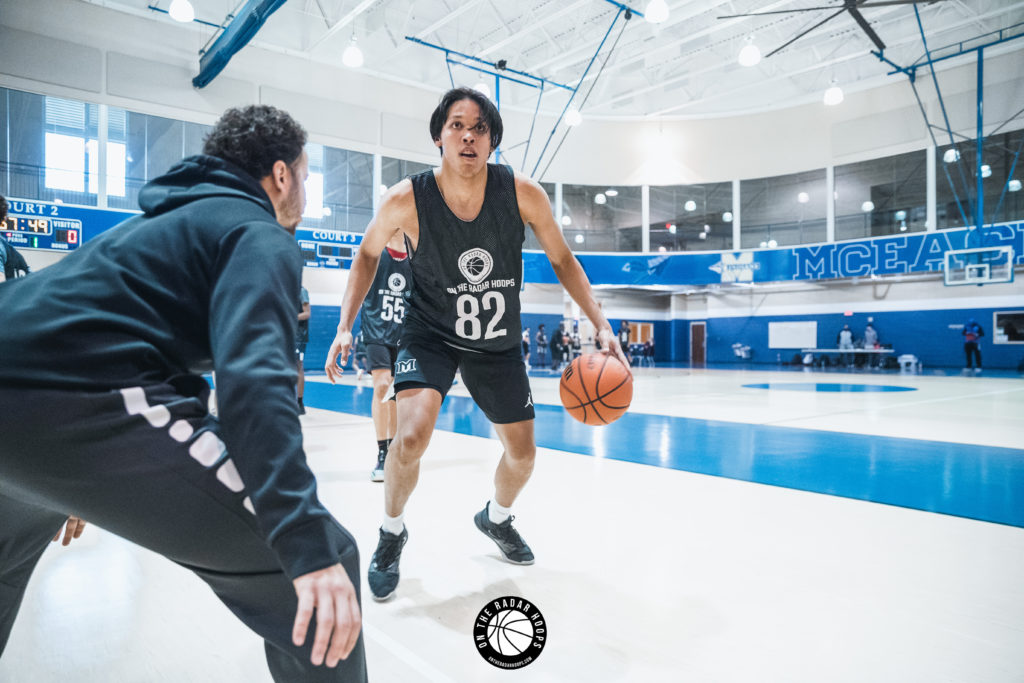 Akers-Kennedy was a prospect that made a name for himself at Super 64 by playing the game the right way on both ends. At 6’6” he was able to match-up with many of the interior players at camp and fared well against the few taller players with his activity. The senior from Mountain View runs the floor very well and has sneaky athleticism, catching an impressive lob at the end of one fast break during 5 on 5 competition. He understands how to defend without fouling and did a good job of spacing the floor and knocking down open shots at the mid-range and three-point levels. Akers-Kennedy is a player any coach would love to have because of the tenacity he shows every possession.

Butts was another productive unsigned senior forward at Super 64 Camp that impressed in a myriad of ways. What impresses you most about the Langston Hughes Panther is his ability remain physical in the post with his positioning but show a lot of touch with his back to the basket from 5-7 feet. A natural lefty, he is able to finish over both shoulders and isn’t afraid to take and make shots from the 15-foot area. Butts is a solid rebounder and a proven winner, capturing a state championship as a sophomore. The team’s Elite 8 run in Class AAAAAA this past season as a 4 seed cannot go unnoticed and Butts’ 9.4ppg was a key factor into that run. He is a solid contributor in the stat sheet as well as motor-driven plays unseen in the box score.

Underclassmen to Keep an Eye On

I saw Forrest for the first time at the Hawks-Naismith Holiday Classic at Pace Academy this past November and his 22-point performance was a sight to behold as the young sophomore was able to get his scoring done on all levels. That versatility was validated at Super 64 and done so at an even higher level throughout camp as well. Floaters in the lane, pull-up jumpers off the bounce, and on point alley-oops as a passer were all examples of the type of player this kid is. He his very skilled and very smooth in his attack, knowing who to find and when to find them in the half court. He has good size as a combo guard at 6’3” and has a solid frame on him as well. The future is bright for the Greenforest Eagle guard and his spring and summer should see several offers come his way as he heads into his junior season.

This sophomore guard was another prospect that made a name for himself at Super 64 Camp and remained consistent throughout the entire day. The first thing you notice from the two-sport athlete (football) is his physical frame. He is no stranger to the weight room and used that to his advantage when finishing above the rim as well as through contact in the lane and posting smaller defenders on the block. The off guard has a nice stroke from three-point range, knocking down several in a row in the corner during one on one competition. Wright has a good feel for the game on both ends of the floor and is coming off solid season where he averaged 13.5ppg and received All-Region honors out of Region 2 in Class AAAA. He will be running with the GA Rebels this summer.

There were a number of good athletes at Super 64 Camp, but Nelson was one at the top of this list. At 6’6”, a long wingspan and ability to guard multiple positions on the defensive end, I love the upside from the forward out of Marietta. He moves well laterally on the perimeter and isn’t afraid to block or alter shots on the interior. He is still growing into his body but runs well and knows how to finish above the rim when opportunities present themselves. He has a good-looking shot from three-point range and was able to knock down shots on a team that moved the ball well in 5 on 5 play. Nelson thrives in transition but can be just as effective in when the game slows down as well. 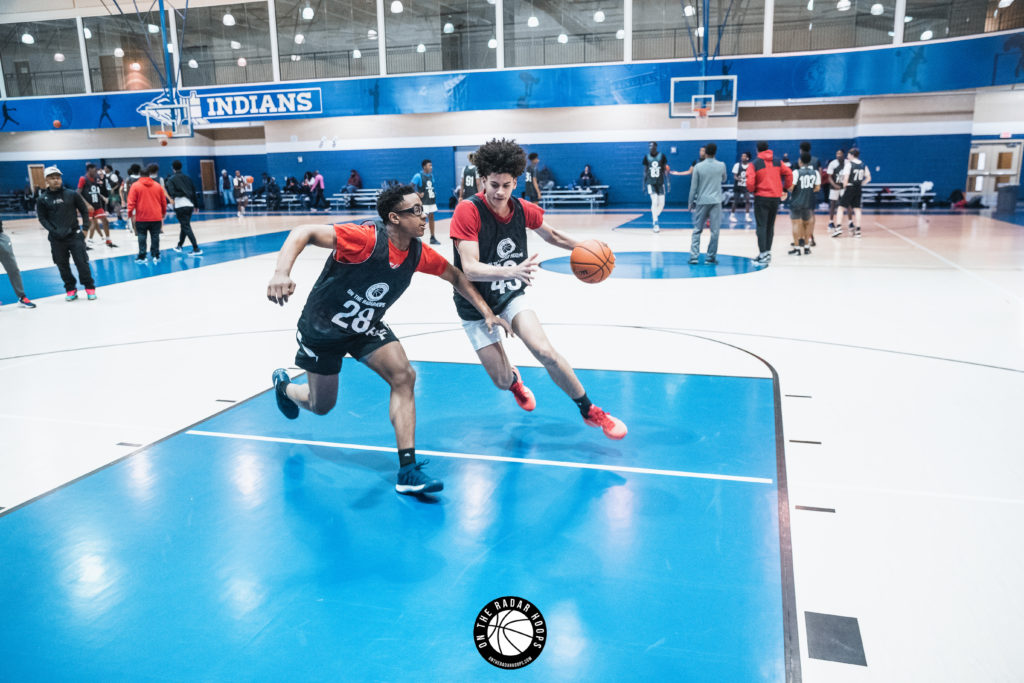 The backcourt teammate with Forrest, Tenaby impressed with ability to finish tough lay-ups in the lane on both sides in one on one and two on two play early in camp. He knows how to score the basketball with limited dribbles and can play the point guard position if necessary as he made good decisions with the basketball in transition. He has Division-I size for his position already at 6’4” and can rebound very well from his guard position. This spring and summer with Team Forrest will be important for Tenebay as his role with the Eagles will undoubtedly increase next season. 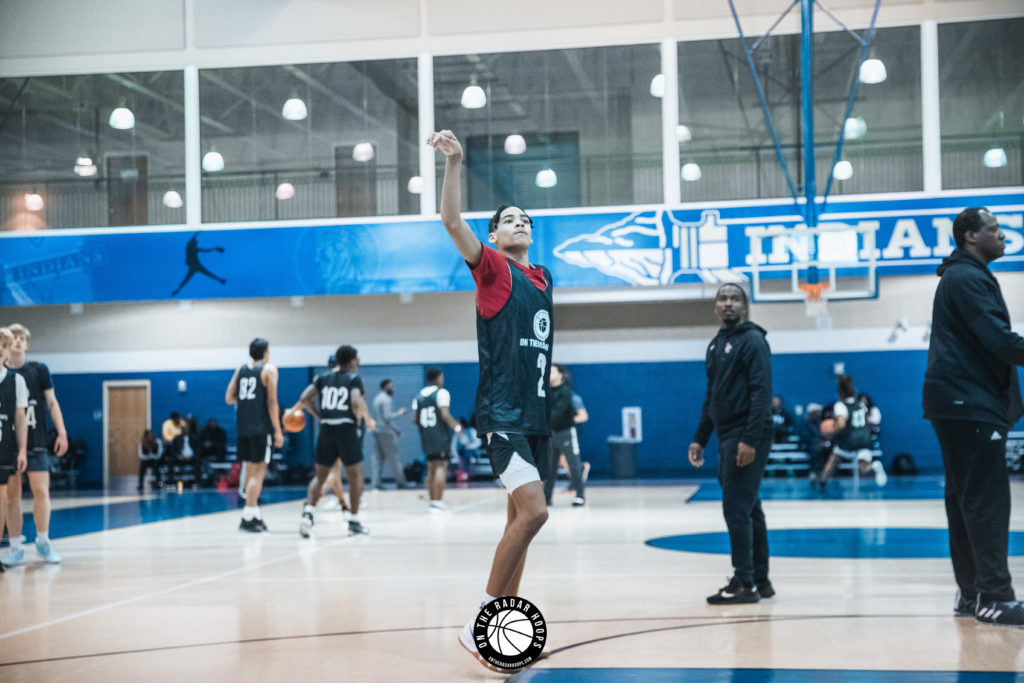 Good shooting is hard to come by but the freshman from Alexander has that shot making ability in his arsenal, and from anywhere on the floor. He stands at a lanky 6’2” and showed flashes of his ability to put the ball on the floor and finish at the rim off that shooting ability. Melson spaces the floor well and will be a nice piece with any team he decides to run with this summer as well as the Cougars going into his sophomore campaign next season.