Daeyon James was one of the many standouts at the Spring Super 64 Camp.

No one had more people talking at camp than James did. Even when others seemed tired or ready to call it a day, he was on a mission to prove himself as the best 2020 prospect in attendance. James has built a reputation as a high-level shooter and quickly showed why at camp, connecting on a variety of jumpers from numerous spots on the floor. His size on the wing and a high, quick release resulted in a lot of clean looks, but also allowed him to knock down shots when defenders were right up on him. Not just a shooter, James displayed solid athleticism and rose up for some impressive dunks along with blocking shots & grabbing rebounds. His progression since the end of last summer has been steady and it leads you to believe that the best is yet to come from him. James will be one to track as he plays this spring as an unsinged senior.

If you were looking for exciting, entertaining play at the Super 64, Jenkins more than satisfied that. The 6’5” wing ran the floor in transition and pushed the break himself throughout the day, which led to countless explosive above the rim finishes. Jenkins is adept at jumping off of one or two feet and it takes him very little time to get off the floor and up to the basket. He also showed a clean outside shot that should be a consistent threat for him in college in time. Jenkins played with a lot of energy and didn’t slow down as camp went on. He’s a late-bloomer who is just now coming into his own and was undoubtedly one of the best long-term prospects in attendance. 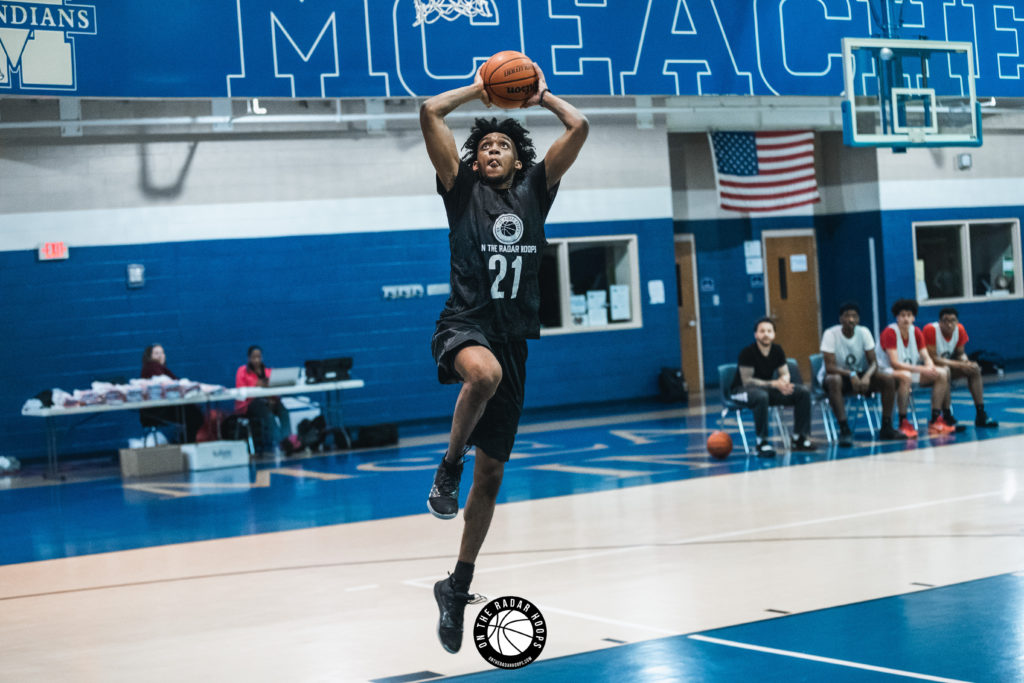 Robinson picked up a lot of steam as the high school season went on, and from how he played at the Super 64, he seems ready to elevate himself even further during the spring. A versatile SF at 6’6-7”, Robinson poses matchup problems for most opponents. He has progressed nicely as a ball-handler over the last year and showed more strides in that area at camp. Robinson can change speeds and get by perimeter defenders and then make the right decision against help defense in the paint. Although he showed impressive guard skills, he also made a point to assert himself inside with athletic finishes in transition, offensive rebounds, and contact finishes. Given his size, skill level, and the improvement in his motor, Robinson should get a lot of new suitors while playing on the travel circuit as an unsigned senior. 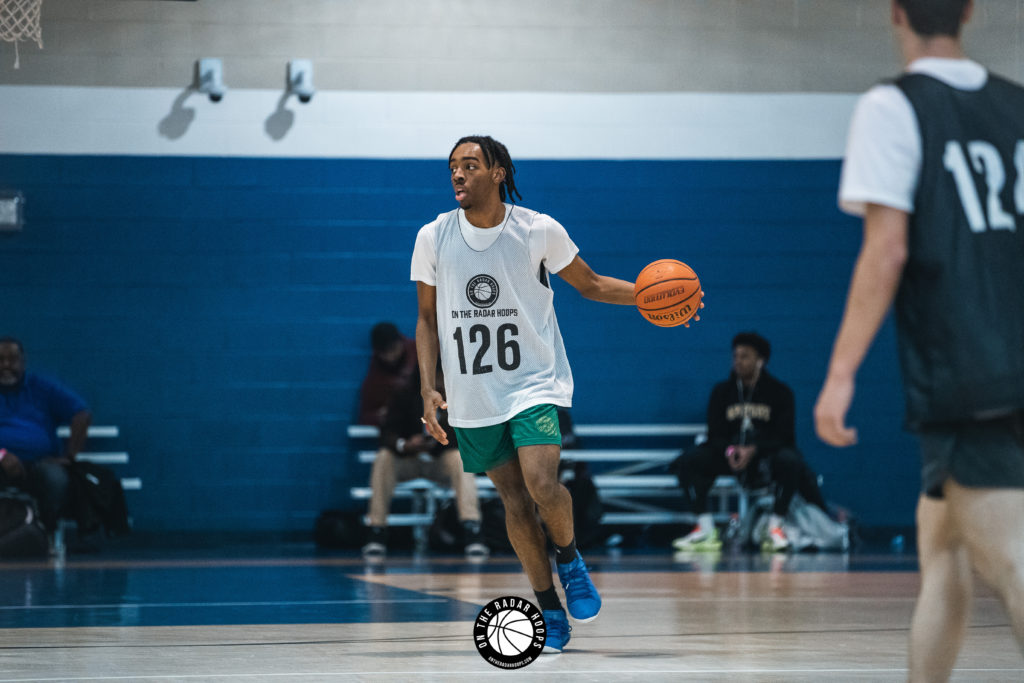 Coaches left and right have been searching for quality forwards late in the game, and Butts has emerged as a guy that fits that description. At 6’8” he is a fluid runner who has good dexterity and touch with either hand. Butts didn’t get to show this very often during the high school season, but he displayed the ability to effectively handle and slash from the wing against guards at camp. Butts plays with a good motor and although he still needs to fill out some, he plays with some physicality and isn’t soft. With a year or two in the right program, Butts could be a solid contributor at the D2 level.

A 1,000-point scorer in his career at Sprayberry, Kitt’s ability to fill it up was on display at the Super 64. Kitt constantly looks to attack and is very confident with the ball in his hands. He has a quick release on his lefty jumper and can really shoot off the dribble. Kitt also has some speed and quickness getting downhill to the basket and honestly it seems like he prefers driving to his right hand despite being a left-handed player. His well-rounded offensive package is something that college coaches like; look for his options to expand within the next two months. 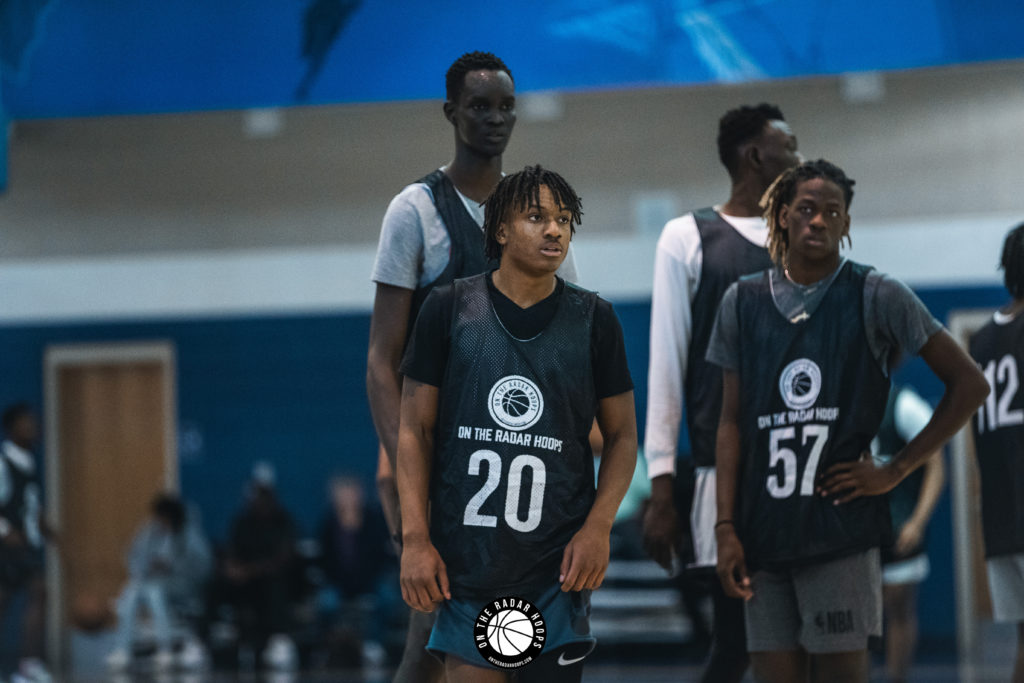 Another exceptional shooter, Coleman made a strong claim for top outside marksman during the day. Coleman has effortless range on his shot that extends well beyond the arc; he made his presence felt early and often with deep bombs and kept it going for the full duration of camp. Coleman is good in catch and shoot situations but can also create for himself and hits shots off the dribble. While his shooting ability stands out, Coleman is quick and intense on defense, and has a pretty strong body as well. He has necessary skill for the next level and has a competitive nature to him that you like to see. His combination of traits should have him well-prepared from the college game.