Emerson, Georgia – The On the Radar Hoops platform takes pride in providing maximum exposure and despite the recruiting challenges due to the ongoing Covid-19 Pandemic, several prospects still managed to take advantage of our Sweet 16 stage via livestream. Here are the biggest winners from session one.

Probably the player I enjoyed evaluating most over the weekend was Washington simply because he brought it every single time out. He was an enforcer, shot blocker, rebounder, and above the rim finisher. Washington plays the game with contagious energy, and if you pay close attention he is a high IQ kid. He constantly talks on defense and has all the defensive rotations down, he even literally pushed teammates in the right direction to cut off passing lanes and baseline drives.

The once Austin Peay commit made it more than know that he was ready and available with his stellar play this past weekend. Taylor has improved in many areas of his game especially on the offensive side of the ball. His calling card has always been rim running and shot blocking, but over the weekend Taylor proved to all that he has been putting in the work in the gym by exploding with a 47 point outing followed by a 29 point effort. His newly found face up game was where he did most of his damage. Catching in the post coupled with a reverse pivot into a short jumper, or he swept through and used his first step to get past defenders. At a long 6’9, mobile and athletic Taylor has plenty of tools that could have him being recruited at a higher level.

Available Sr Raquan Taylor @RayquanTaylor2 continues to have himself a weekend. The 47pt explosion yesterday afternoon and today he’s be patient on offense, stretching the floor with baseline jumpers @OntheRadarHoops

His Xpress team only played two games over the entire weekend Clark was the best thing the Under Armour program had to offer. The guard is yet another player that has showed improvement during this very early spring. His strength and speed bothered defenders as he just didn’t stay on the three point line, but rather constantly moved without the ball to pick his spots to score. Clark also excelled at turning defense into offense by coming up with 50/50 balls and getting his hands out to deflect passes which he quickly gathered to speed down to the other end for layups.

Ray is deserving of a boost in his recruitment. Coaches are always on the hunt for big bodies and a big body is exactly what Ray possesses. He’s a space eater with some pretty good footwork and a pair of huge hands that swallowed up rebounds and smacked away shots at the rim. A very imposing figure, Ray looked to be in good shape as he didn’t have a problem getting out in transition. I wouldn’t call him an under the rim player at all as he dunked home a few in traffic, but yet his game is not finesse he’s a power player no doubt.

I still believe Shavers has the tools to be an impact player at the major college level, its up to the consistency. His body looks great which has afforded him a bit more athleticism. At 6’10 he is one of the better offensive rebounders around. When the ball goes up you must put a body on him, because along with his size he possesses good anticipation and a feel for where the ball is coming off the rim. Over the weekend Shavers opted to do more scoring facing the basket as a stretch forward that can catch and shoot with ease. A fundamentally sound big man, Shavers can make plays as a passer or bury defenders in the post and score over both shoulders.

Will Shaver @willshaver6 the big man for @ProOneSelect has the full offensive arsenal working today. Scoring on the block as well as hitting several 3’s #OTRSweet16

Although his Canes team took a big loss in the first session of the Ontheradar Hoops Sweet 16, it was Henderson who continued to be the spark when his team was able to put together a few runs throughout the second have.  Henderson didn’t back down at all despite the score.  He was bouncy on both ends showing that he could be an asset as a rebounder from the guard position and a finisher in traffic offensively.  He played really well off the bounce making sharp moves that got himself in the lane. He was also able to thread the needle and find some teammates in the half court set. 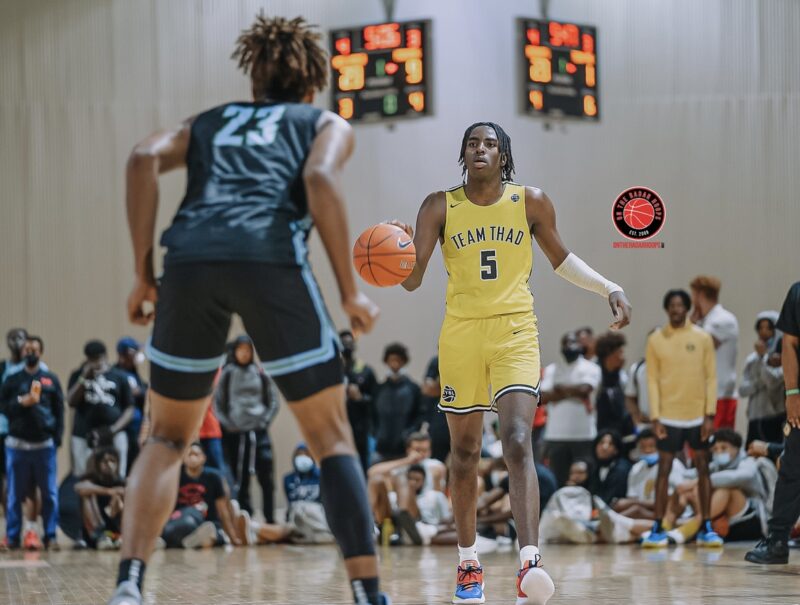 VERSATILE is the best word to describe this guy.  He lines up for Team Thad in the front court, but there was nothing he couldn’t do on the floor.  He proved to be invaluable as he defended, rebounded, and pushed the ball up the floor.  Hamilton did a big time job at changing directions when second defenders stepped up in his way, and as a rim protector the way he changed ends after blocked shots so quickly was if he was a 6’3 guard.  Look for Hamilton’s name to gain lots of traction after this weekend.

The undersized power forward just finds a way to get it done when he’s on the floor.  The lefty can bang with them all, while showing a soft touch from the free throw line extended area.  He’s more athletic than he looks judging by the number of players he’s managed to put in the rim the last few times I’ve watched him play.  His game is reminiscent of one Antonio Gates as a player at Kent State.  Top heavy with very nibble feet. 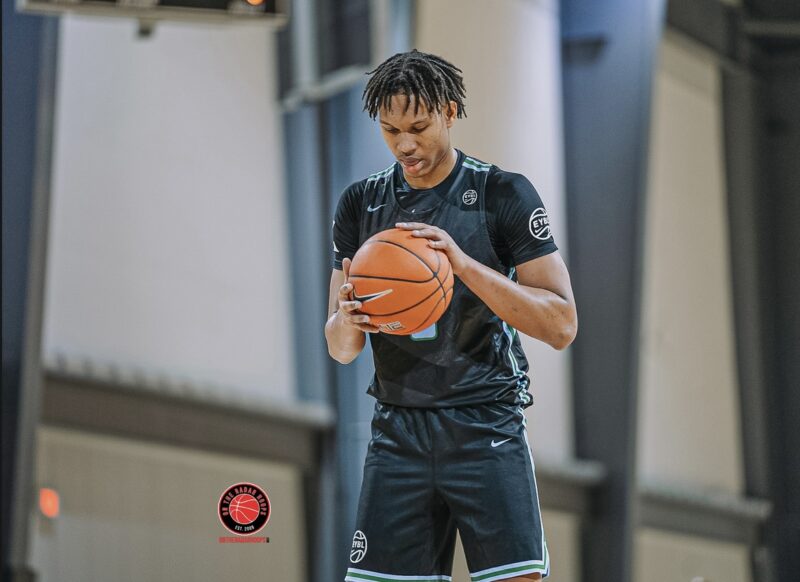 Renau set the tone from the start as his Nightrydas Elite team cruised to 70-47 win over the Atlanta Celtics in one of the more watched games on the night.  Big, strong, quick off the floor is what Renau was tonight as he tallied 13 points and 9 rebounds in elite fashion.  The big man was very strong with the ball, and heady enough to find spot up shooters out of the post.  Hes built for both the up and down game and he can also grind it out playing with his back to the basket.

Mr. Grady is forcing us to pay attention.  He’s constantly putting up numbers with this squad and tonight was no different as he registered 25 points in a win.  He continues to find his way to the free throw line multiple times a game due to staying aggressive offensively.  His perimeter jumper is the key to that as defenders have to close out on him hard or he will make you pay.  Once he finds his rhythm on the perimeter his confidence just soars in other areas.