Jacolbey Owens has been in attack mode this weekend at the Sweet 16 Session I. Photo Cred: Kowacie Reeves

On the first official day of the travel season’s evaluation period, eager prospects from all over the globe took center stage to showcase their skillsets to collegiate coaches. The On the Radar Hoops Sweet 16 Session I Tournament is one of the premier NCAA Live Period events in the southern region. Here’s a look at a couple of the more impressive players from day one. 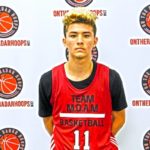 Treacy is a smooth south-paw guard that controlled the pace all game for Team M.O.A.M. as they overwhelmed Team Power 2019. On a team full of athletic wings, he makes the game so much easier for them with his precise passing ability. The 6-foot point guard out of Central Florida Christian Academy finished with 9-points and 9-assists in a huge game one victory. Treacy really impressed with his poise and high basketball-IQ on the first day of the evaluation period and is one that coaches should keep tabs on for the remainder of the tournament. 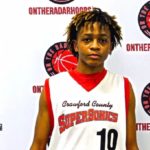 Scott is the youngest of the Supersonics bunch. The 5-foot-10 sophomore is playing up, but continues to prove his toughness everytime he steps onto the floor. He is a pass first guard, but will take what the defense gives him. The crafty point guard loves to push the issue in transition and is not afraid of the big moments. In game one against a solid Gulf Coast squad, Scott picked his spots finishing with 11-points, 5-assists, and 2-steals. Towards the end of the first half, he scored seven unanswered points to give the Supersonics a cushion going into the half.  At this point, he is a lower level collegiate prospect. However, coaches should monitor his maturation closely moving forward. 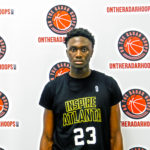 Whether it was a floater down the lane, step-back jumper, assist to a teammate, or a defensive stop, Christian Mclean stepped up for his Inspire Atlanta team in just about every way imaginable in game one versus the Smyrna Gold squad. The 6-foot-3 junior from Wesleyan (GA) High School has nice size and the ability to affect the game from both guard positions. He scored 15-points, 4-assists, and 4-rebounds on opening day of the NCAA Live Period. Right now, Mclean grades out as a mid-major caliber player; however, he might play his way into some high major conversations if he is able to continue his strong play.

Suiting up for the 17U Team Georgia Magic this weekend, it took Owens an entire half to catch his stride. In the second half, the 5-foot-10 sparkplug changed the trajectory of the game when he decided to hang his hat on the defensive side of the ball. He aggressively got up into the opposition and was able to get a couple of steals, score some key buckets out in transition, and create easy opportunities for teammates. He finished with 10-points, 6-assists, and 5-steals in the win over a good Chattanooga Elite Grey team. Owens has been on a tear to start the 2017 travel season and will likely rack up a couple of mid-major offers by summer’s end. As of now, he has received interest from Middle Tennessee State & Western Kentucky. If you are looking for a high-energy guard that loves to compete, Owens is your guy! 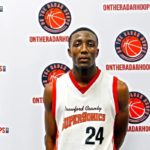 If there was any doubt left about Fagan’s game, he ended all speculation on the first day of the NCAA Live Period. From the tip, the smooth playing lefty was in attack mode offensively. His patience and versatility on offense was a thing of beauty to watch. The 6-foot-3 combo guard out of Upson-Lee (GA) High School effortlessly destroyed a game Gulf Coast basketball team whenever they tried to make a run. He poured in a game high 28-points and was arguably the most impressive prospect of the night. With offers already in hand from the likes of Georgia and Middle Tennessee State to name a few, expect that list to grow as he continues to prove that he is the real deal.