Atlanta, Ga– Last weekend over 80 teams came to The Opening and put their best players and performances on display. Players played hard and some walked away having improved their stock or making a name for themselves to have stock. Here’s a few of the players who were notable standouts: 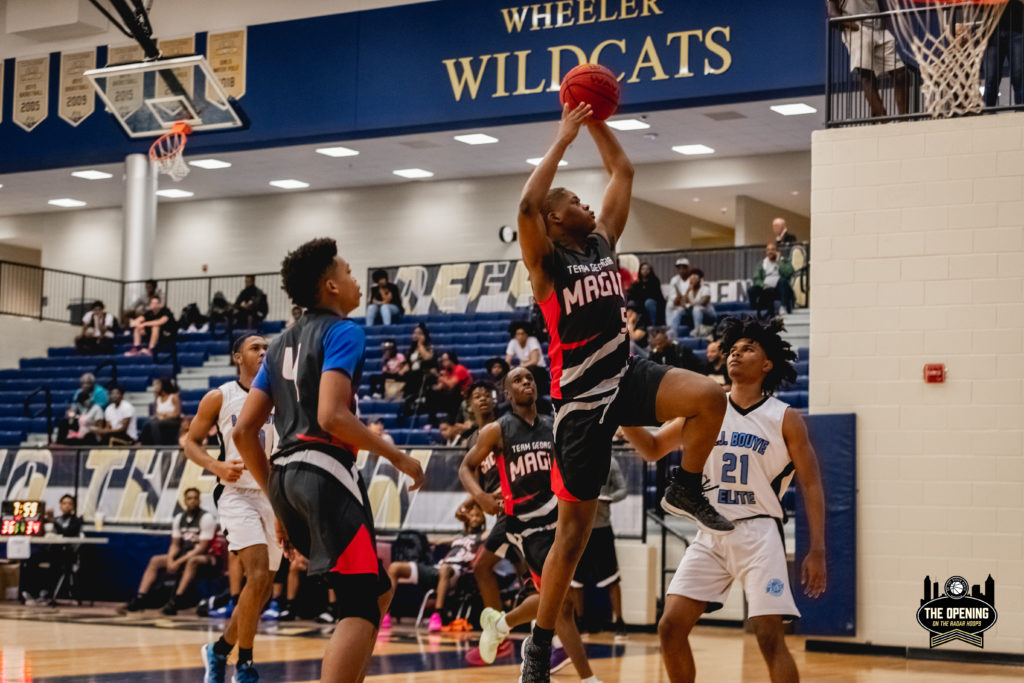 Primas is a skilled forward who plays with a high motor on both ends. I was impressed with his ability to rebound so well inside as a slightly undersized forward. He’s got strength and a ton of moves inside to get defenders in the air to absorb contact & finish and-1 opportunities. Not the most athletic, Primas is smart and plays with a good IQ especially on the glass. As a 2021 with time to gain a consistent outside jumper & improved handle, Primas has a bright future ahead of him and may start to gain schools’ attention in the coming months before his Junior campaign. 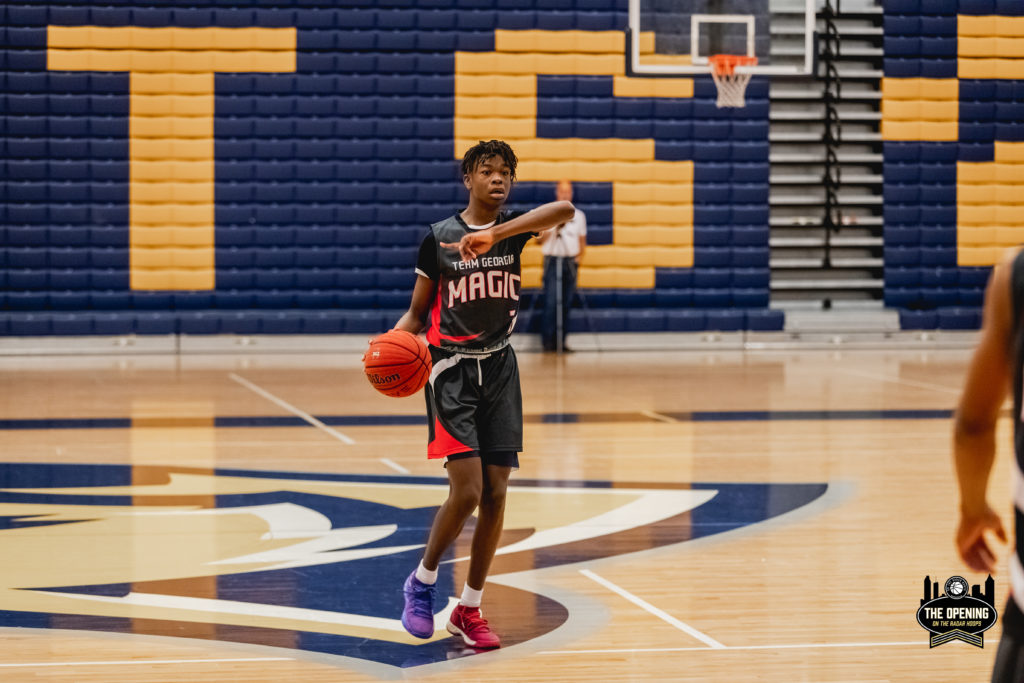 After this weekend, I would have to say Reeves is starting to solidify himself as legitimate HM prospect. He’s a knockdown shooter from deep range at 6’5 and has become explosive around the rim. Every time he steps on the floor, he seems to improve and become more comfortable. In the open floor Reeves is collecting bodies at the rim every weekend with poster dunks. He’s evolving into an all-around player who can also defend multiple positions. As his handle gets better, Reeves has the potential to become a lethal scorer in the half court. I’m excited to see his growth over the next two years as he already holds offers from Florida, Xavier, & most recently UGA.

Reynolds is a skilled big man at 6’10 who can score around the rim. He’s got good patience in the lane and makes efficient plays for himself. Most of his moves occurred in 1 to 3 dribbles and he finished with either hands over defenders his size or smaller. Off the block, his face up game is quick and he can hit the mid-post jumper with ease. Defensively I loved seeing him active not only inside but on the wing. As they run and jump guard Reynolds is great in rotation and doesn’t get blown by smaller guards off the dribble often. He’s mobile with good agility and athletic enough to contest shots at the rim. 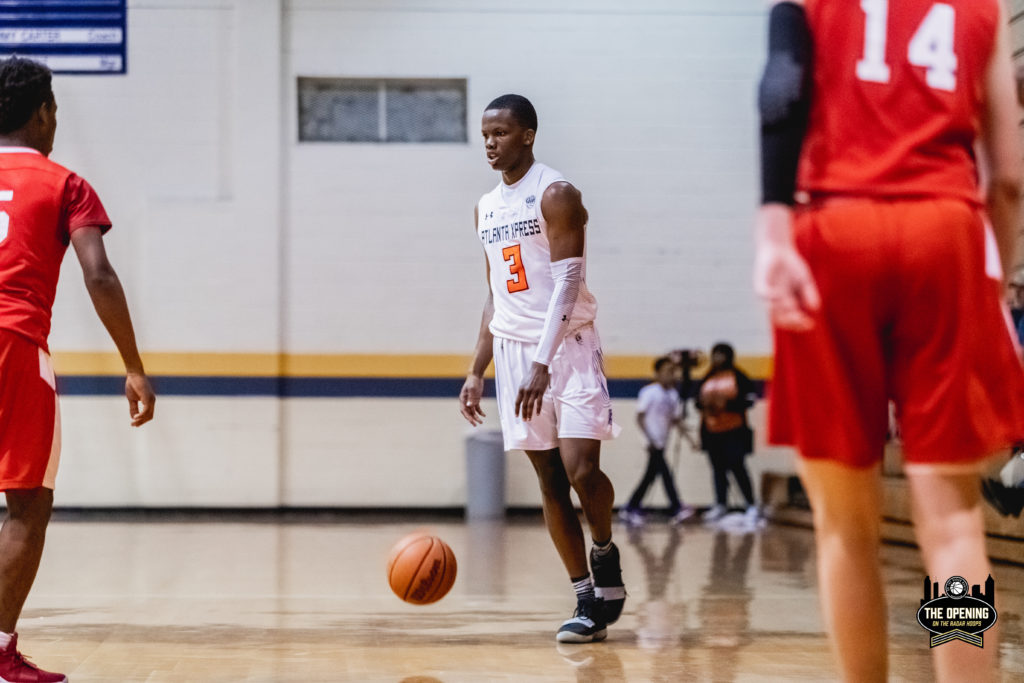 Cherry came into the weekend relatively unknown and put on quite the performance to change that. He showed he was a scoring guard capable of hurting opposing teams from all 3 levels of the floor. He’s a smooth lefty that has good pace and can get to his floater off the glass whenever he wants. In transition, he’s crafty and can keep defenders off balance to create his shot at the rim. When set, Cherry can hurt you from behind the 3-point line and play under control off the shot fake. He’s got good size at a 2 guard at 6’2 maybe 6’3 and versatile enough to create for others off the bounce as well.

Last weekend Madison Durr’s play was a pleasant surprise for me. Running with Atlanta Xpress 16 and under. Durr holds down the point guard position and is very effective to say the least. He’s got good size at 6’3 and can look over defenses sitting in zones and pick them apart. I was most surprised at his unnoticed outside shooting stroke. He was able to knock down multiple threes every game this weekend and looked comfortable doing it. Durr can still get to the rim and put pressure on the lane but his added ability to hit the 3 makes him an intriguing PG prospect with his size and IQ. I expect these next few months to be big for him on gaining traction in his recruitment running on the UA circuit.

This weekend was my first time seeing Leffew in action but didn’t take long to notice he was a player. He’s quiet on the floor but seems to be involved in a lot of plays ending in points. Against E1T1 he guarded bigger players and had no problem & was equally effective on the boards starting the break. He’s got a good-looking jumper and was able to knock down shots off the catch or dribble. In the open floor, he played above the rim & was crafty, finishing and-1’s through contact. Leffew’s versatility and activity fill up the stat sheet in several categories.

Collier is heralded as one of, if not the best 8th grader the Peach State has to offer playing with The Skills Factory. Collier was nothing short of that this weekend. He’s a true point guard that can set others up & has advanced understanding of the pick & roll already. He made several plays for his big men off the screen & was surprisingly able to pass with both the left and right hands. Collier has elite vision and is super crafty around the rim in transition. He can really score the ball in bunches from all three levels & has a good feel for the game without the ball in his hands.