MARIETTA, GA – To Wheeler HS we went again, this time for the TOC “Holiday” Classic December 27, once again featuring a fun lineup of teams from different regions spread out over two gyms.

Here are some top Early Day Performers from Day One action as we bounced across both gyms.

As deep and good as Shiloh is it could’ve been a number of guys mentioned here (DJ Leak, Trevon Jordan, Isaiah Bertie are seniors worthy of note, and there are still others), but with so many young guys around town jumping out Jordan fit the mold of a potential future star, the game is clearly still evolving but the confident stroke from 3 stood out and the size and length are such that when he takes his game closer to the basket the movement on the perimeter will translate well closer in, one to watch in a stacked class of freshmen for sure. 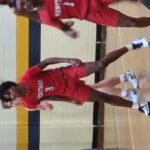 First look at Heritage from the south side and first eyes on Nichols this year (along with promising sophomore PG Max Skidmore), immediately I took note of how well both his size and combo guard skills will translate to the next level, he’s a smooth enough mover to get by people but also has a good enough frame (with potential for more bulk) that can play and absorb contact, one of those packages that is really solid now but can really take a step up in college. 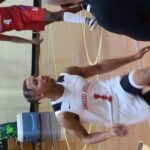 Been a big fan of the way Strickland runs a team going back to his excellent summer with the Atlanta Astros, the speed is A-list as he can get up the floor as swiftly as anyone and uses a fearless approach to get at the rim, his vision and savvy with the ball is also high level be it setting up their many finishers (KeShawn Evans inside and sharpshooter Harry Gewirtz outside) or finding a sliver for his own offesne, yet another one of those skilled under 6-footers like a Malachi Dooley or a Malcolm Noel who only lack size in their arsenal yet possess all the ability to be a next-level contributor. 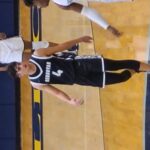 One of the performances of the day with 9 threes and 32 points overall in an OT win over Grovetown, is that type of steaming-hot shooter where you can almost see and sense his meter rising as he waits hands-out for the catch and pop, has been a tireless worker on his craft since 2 summers ago when with Georgia Legacy he began to assert himself as one of the top shooters in the state, now the Rollins-commit is at the forefront for a Chiefs team with deep playoff aspirations. 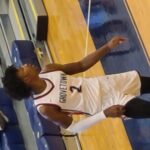 The well-documented stellar cast of juniors for the Warriors added Sherman to the team this year (coming over from Lincoln County) and he has fit in seamlessly, he actually gives them a little of what they needed with a consistent interior presence that can own the bucket from 8 feet in and allow sophomore stud forward Derrion Reid to play his more natural 3-spot, love the way he covers the floor as a rim-runner and his hands are like a vise when he has a chance to catch and finish. 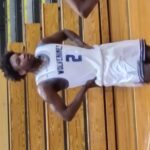 Combines in a good-looking backcourt that also includes seniors Lukas Platauna and Julles Spruill, Ross on this day vs Mount Vernon was tough on the push with a lot of pace but also showed great decision-making on the pull-up or dish, there was a calmness about how he carved up a big MV lineup, sweet-looking jump shot and the ability to play either guard spot makes him an intriguing one out of the always underrated talent pool in Savannah. 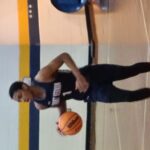 Fast-emerging 2024 star Dennis Scott III often draws most of the oohs and aahs at most Mustang games of late but in the absence of Syncere Harris Patterson took over PG duties and looked super comfortable in the role, has a scorer’s mindset and a nice frame to get into traffic and be effective from 15 feet in, the jumper is natural-looking further out so he can stretch defenses but possesses the savvy to attack the gaps, loved him with the ball in his hands and see that as a really good fit for his future prospects next year when Harris graduates. 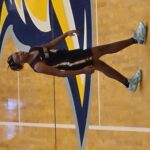 Virtually interchangeable are Adams and classmate Jaquez Ellison but perhaps on this day it was the extra physicality (where Ellison is the “burst” guy) packed into his 6-0 frame that impressed, loved this whole Cross Creek crew when I saw them in June at Denmark College’s summer league, Adams is a do-it-all type for you with his ballhandling, passing, deep shooting and aggressive defense for what is another really sound Razorbacks bunch from Augusta.