ATLANTA, GA – From my recent travels, we’re coming across a slew of still as yet signed 2023’s who can really play, and knowing the changed recruiting climate, while it’s not unusual for these guys to still be available, they will benefit a college roster and likely get scooped in the coming months. 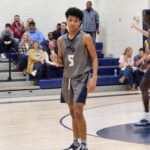 Continues to put up both numbers and performances that illustrate the multitude of skills he has to offer, has been on the constant attack as a scoring guard all season coming off a dynamic summer with North Metro Elite, terrific range out well past the line but really impressed with his burst to get by people, improved his lower body strength to add an above the rim element which has been exciting to watch, can slide over and play PG for you with ease making him even more attractive, top academics and great kid off the floor make him a big-time steal. 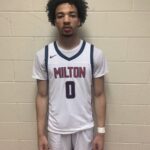 Spent the last 4 years finding his way onto the floor in a variety of roles with the Eagles and despite the incredible talent pool that has rolled through Milton over that time he has always been a name we tracked and knew of, now with the brand names gone from the roster he has embraced a lead role and shown some of the variety he can offer at the next level, strong enough to mix it up closer to the basket and a more than good enough shooter to help stretch defenses his kind of positional versatility is rare for a guy who has gotten top instruction both from the Milton staff and his years with TSF. 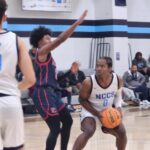 The case has been made for him lasting this long on the true defined position argument, but frankly that’s been put to rest certainly of late with the kind of scoring numbers he’s posting regularly, the way he can get buckets from such a variety of sports on the floor is enough for me to get a signature on the dotted line, has really put the work in on his body making him much more nimble than when he arrive din Kennesaw and with the kind of advanced footwork and scoring IQ he possesses that extra quickness has been devastating, a glass-eater and among the sweeter touches for a guy his size in the entire ATL-Metro. 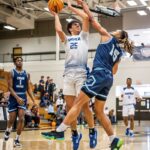 This is your small forward dream for the modern game with a frame built for contact and a jump shot right out of the textbook, sure there are elements of the classic Euro-game that fit Orlovic but he’s a better athlete than I think he gets credit for and really sees the floor both as a willing passer and for high-level bucket opportunities, not afraid to get after it on the glass and plays a physical brand which again is less Euro style and more common of the necessary elements of the modern game for a guy his size.

There’s been such anticipation at when the shackled were going to come off a bit in Kennesaw and for Daniel to then embrace the challenge and fulfill some of the enormous promise, with the Warriors off to a terrific season so far as a group it has clearly been Daniel taking the reins, the tantalizing gifts were evident up top 2 years ago on the travels scene where his size and elite athletic ability were at times mesmerizing, added to his above the I’m ability and the slithery attack has been a jump shot from deep range that is now a huge weapon and one he can knock down at solid percentages, the skillset has the chance to scarily get even better at the next level.