SPARTANBURG, SC – The highly respected and vast Upward Stars organization hosted a Combine at the Upward Star Complex on Halloween Day, and among the nice turnout of players from North GA and the Carolinas, several put a “scare” into the rims and defenders alike.

Here are some standouts from the day, many of whom already star within the Upward Stars organization:

Upward Stars guy, sticky hands and excellent activity on the glass and protecting the rim, showed good timing as a shot-blocker, went to the O-glass particularly well and had little trouble cleaning up and getting aggressive putbacks, did show shooting range to 15+ and had plenty of foot speed to use the bounce inward from there, the upside with time still to grow and develop the outside game is eye-opening and he has the look a future D1 forward. 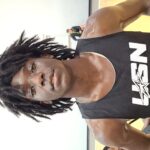 Upward Stars guy, sturdy build playing a physical brand of guard particularly in the open floor, with that he still had finesse in his attack package as he can blow-by you or pull-up from 3 smoothly, the frame allows him to guard 1 thru 4 on the HS level and the defensive understanding is notable, like Murray-Boyles with another summer and school year to get even better projects as a D1 guard to me. 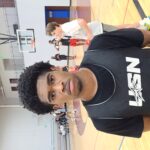 Upward Stars Pee Dee guy, was among the most sound players in an all-around fashion on the day, slid easily between guard spots showing poise as a lead man and plenty of shooting as a 2, pretty stroke that translates well to the next level as he found bottom from multiple levels, clever defender who was a 1/2 step ahead on most plays.

Upward Stars SE guy, stood out among PG’s in attendance with a real strong court sense and lead guard moxie which was evident, super-slick handle combined with a forward burst was a lot to contend with as he used that flair to get by a slew of guys, really sees the game at both ends and has the look of a successful next-level floor general for sure. 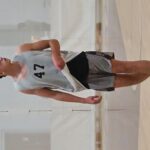 We’ve advanced now from guys this size as stretch-4’s to stretch-5’s and Douglass perhaps projects more like a former Woodward Academy and current Auburn-star Walker Kessler stretch-5 type at the next level, equal comfort out at the arc as well as on the low block where he showed off good feet, well-schooled in the post particularly in the positioning aspect as he cleared space and opened up well for the catch, consistently knocked ‘em down in drills from 3-land.

The days’ Hustle Award goes to Rodriguez who at a stringy 6-4 or so was all over the place at both ends – finishing in close, setting screens, defending multiple positions, being vocal on D, hitting the boards and handling the ball some he was showing off intriguing versatility and a real willingness to be the guy who does what needs to be done, the energy was infectious even in a Showcase format where most of the guys don’t know each other. 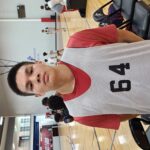 Speaking of versatility Soriano fit that bill in the backcourt, he was smart and unselfish in a format where again unfamiliarity with your teammates can lead to choppy play, a good frame allowed him to use a craftiness/physicality combo as if on a skill slope downhill both on the break and in the half court, nice lateral speed and athleticism on the defensive end all of which leads to the look of a next-level player for sure.