MARIETTA, GA – Four courts of action provided some great juice last Saturday at OTR’s Who Wants The Smoke tournament, as a deep field of top teams from Georgia and beyond descended on the Marietta-area for some high level, post-live period action.

Again we had the gym covered with scouts, here’s Part 1 of 2 on some guys who couldn’t get by me. 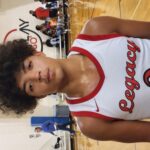 Has put the work in on the body and more importantly on the full-court game as this junior-to-be is set for a star turn with River Ridge this coming fall, has the ability to play the bull game and get to the line into and through contact but the advancement of the jump shot is what is going to draw eyeballs as it’s become a consistently dangerous weapon. 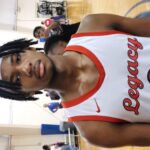 Caught eyeballs all weekend long from virtually every evaluator in attendance, the 6-4 Hooch star to be was at times explosive at others smooth as silk, onlookers are certainly wowed by the sheer physical gifts as he soars over and past people but the shooting out past the arc cannot be overlooked as he begins to put his stamp on a recruiting profile that is going to take off in the coming months. 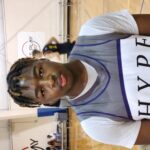 The addition of Brown has given this already competitive bunch a real scoring punch as he is a really crafty and diligent scorer off the bounce with some sneaky good shooting at distance that needs to be marked, has gotten stronger since I first saw him at the US Games last August and his performance all weekend signals a major push toward a starting spot for him in what should be a much-improved Alpharetta team, fellow 2024 guards Jacob Bryant and Jake Tillman will mix with some improving 2023’s to form an interesting core for the Raiders.

From a pure upside standpoint there were few guards if any I saw all weekend who are more prepared for a varsity grind breakout than Osborne’s Fleming, after showing out on the Showcase circuit as well as our own Breakout Camp last fall Fleming is set for big things, already an accomplished young scorer he simply outclassed most of his 15U opponents as the polish and advanced understanding of scoring the basketball was evident, great size at 6-4 and a great disposition on the floor that is humble and all-business. 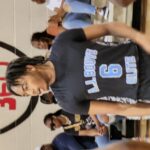 Another OTR event where Allen shined, he was joined by Chapel Hill’s diminutive and shifty PG Jordan Jones in a backcourt that both carved folks up and in Allen’s case got the ball at the hole with speed and power, not the biggest guy out there the New Manchester guard will more often than not beat you with heart and determination, love the energy and enthusiasm to go with a sneaky skill package that has multi-level scoring options. 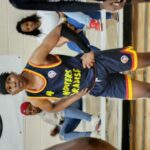 The best thing about travel ball is stumbling on a kid who might well have slipped through the cracks his whole high school career playing at a program that doesn’t get a lot of pub, Stone Mountain’s Hinton is no longer one of those possibilities after a sterling weekend of PG-play that saw him push pace, slice up defenses on the pentration, dish with accuracy and enthusiasm and get his own buckets with flair and effectiveness, combined with Sandy Creek’s star on the rise PJ Green in a devastating backcourt combo, a ton to like and one to watch. 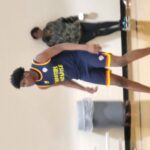 Part of an AE5 frontcourt rotation that featured the likes of more well-known rising commodities Dennis Scott III of Mount Vernon and David Clark of Campbell (have to get Mays’ Jaquorian Wiggles a mention as well as he was also intriguing), Graham like Hinton is new territory to scout’s eyes and at 6-7 with pretty good movement has a game at both ends that is surely on the come, soft touch with the J brought attention early while rim protection and rebounding brought attention late, both are facets which distinguish the Cedar Grove young big man and the offensive development has exciting potential. 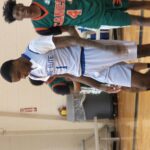 One of the weekend’s top available seniors for sure and backed it up with multiple strong performances, at 6-6 the ability to guard both the backcourt and the frontcourt immediately is appealing, the Alexander product can get to the glass like a forward and then come down the floor and face-up smaller guards like a 2-man, can get hot from 3-land but really shines slithering his way to the basket as a slasher, can unquestionably help a next-level program in a lot of ways. 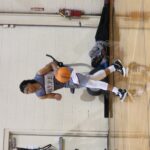 It’s been a bit of a slow burn but the heat is surely being turned up by Freeman as he has been stringing together solid performances of late, handling the ball quite a bit more as a big PG at 6-4 he is an elite shooter from the wing and projects more in that spot to me, but the handle is key as he has a power-packed frame particularly in the lower half which he uses to barrel through folks or create space with a bump, the Peachtree Ridge product is trending upward and has the tools and measurables to catch more eyeballs.