Many of youth teams had a chance to showcase their talents on the OTR Platform last weekend.

Atlanta, Ga – The Inaugural On The Radar Hoops Youth IceBreaker was the perfect opportunity for Youth players ranging in skill and ability all took the floor to compete at a high level in hopes of capturing the championship. Some players made a name for themselves while others solidified what was previously known. Here’s a list of some standouts: 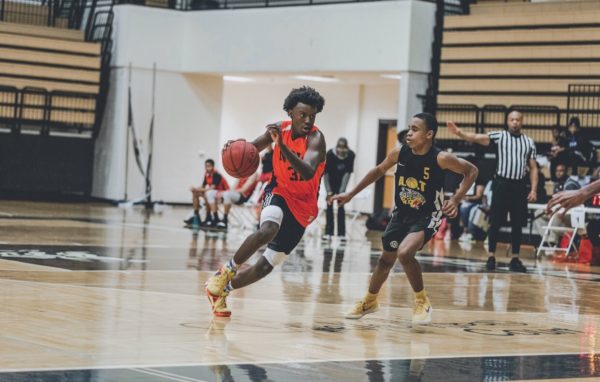 Jones proved to be one the best players in the gym over this past weekend posting double digit scoring every game & finishing bracket play Sunday with a triple double. At 6’1, he’s a got good size for the point guard position allowing him to see the floor over smaller defenders surveying for scoring opportunities. He plays at a good pace, and is poised with the ball as he saw double teams for a majority of the weekend. Jones was able to make the right plays and attack the rim with either hand.

He was a man amongst boys all weekend for LBE. Atcher has a good frame standing almost 6 feet with the versatility to do a little of everything on the floor. He can play inside the lane and control the glass or step to the wing and drive slower defenders to the rim. He led his team in scoring every game this weekend & was the defensive anchor on the backside protecting the paint area.

Waterbor has very good passing skills and vision for a big man. He seems to have the most success when he plays as a face-up 4-man that has the ability to stretch defenses due to his shooting ability, with range that extends out to the 3-point line. He can drive, draw and kick in transition or in the half court where he has the ability to pass with either hand.

Jackson is a tall forward with long arms that is a defensive specialist. He patrols the lane, blocking or altering shots that come at the rim without fouling players. Jackson can switch onto smaller guards and keep them in front with his quick feet and force them into tough shots or hard layups. Offensively, he is still raw but has good hands and doesn’t fumble many passes inside the lane. Once inside, he can finish layups off the backboard and convert second chance points off offensive rebounds. 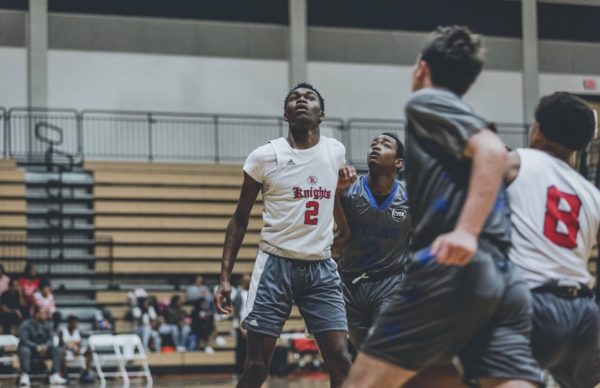 Brown is a super athlete that excels in the open floor with dunks and layups above the rim. At 6-foot-3 he plays the point guard position with poise and great pace, not being affected by pressure from smaller guards that try to speed him up. Brown is a good passer and surveys the floor picking apart zone defenses with nice fakes and passes to open teammates off penetration. He is best when attacking the rim with either hand putting pressure on the paint any time he wants. He must improve his outside shot to open up the rest of the game for himself, but doesn’t have a bad stroke on his shot, should come with more reps in the gym.

Green is a cat quick guard who can get by his primary defender almost every possession. All weekend he made plays at the basket and drew defenses into the paint finding open shooters. In the championship game, he got hot from behind the 3 point line connecting on four threes. He has a good handle with an array of moves that shift defenders as he gets downhill into the lane. I like that he is developing his screen and roll game and seeing the play develop and reading the floor before passing. Green will be a guard to continue to watch in the coming years with his ability to break down defenses and score or create for others at a high level.

We all love a good floor general who can get others involved and display unselfishness, henceforth why I love watching Myles play. Myles was one of the better guards in the gym with his vision and ability to see the whole floor especially in transition. He made passes that left me impressed and was a little advanced for a 2024 player to make. Hill gets to the lane and draws defenses for easy finds for teammates. He can handle the ball against pressure and limits his turnovers.