Bruce Thornton is one of the top guards nationally and one of the best in the Peach State.

Atlanta, Ga – The Peach State is jam-packed with hoop talent year in and year out and today we are back with our annual GHSA Position Preview Series. Below, Hypesouth Media examines some of the top players and budding prospects at the point guard position.

He has been one of our favorite players to watch lately. Since the first time we saw him at On the Radar’s Tipoff Classic last season, the Milton junior has ascended into one best point guards in the country. And that’s regardless of classification. He is down to Alabama, Georgia, Indiana, Ohio State, and Purdue in his recruitment. The class of 2022 guard led the Eagles to a 7A Final Four appearance in 2019-20 and will look to help his squad make another deep run this season.

He is a consensus top 25 nationally ranked prospect in the class of 2022. We’d feel comfortable predicting he’ll eventually move inside the top 10. Henderson is wired to go. The 6-foot-3 junior is a next level athlete that has focused on learning the ins and outs of being a leader. His overall progression at the point guard position will put the Longhorns in state title consideration.

Harris is one of the top available point guards in the Peach State. He is being tracked heavily by a handful of midlevel programs such as Georgia Southern, Florida Gulf Coast, Morehead State, Kent State, and Mount Saint Mary’s to name a few. The Camilla, Georgia native flipped the switch this travel season running with AC Georgia, so don’t be surprised to see Harris continue his upward trend and carry that momentum into the school ball season. 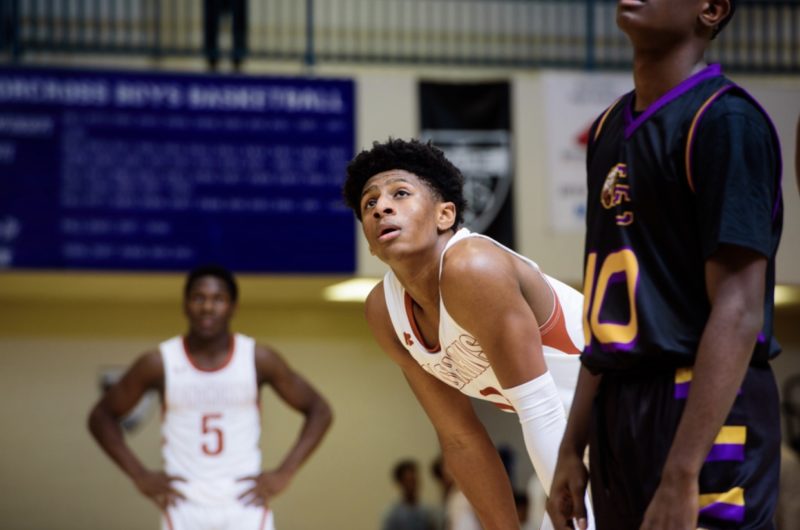 The James Madison pledge is known as a shot-maker, but his ability to create for others should not be overlooked. In line for more ball handling duties this season, look for McConnell to develop even more and be ready to make an immediate impact by the time he reaches Harrisonburg, Virginia.

Middle Tennessee or Washington State will receive good news in the coming days as Myles Rice gets set to choose between the two on November 7, 2020. He found his niche this summer running the show for a loaded Atlanta Celtics squad. The 6-foot-3 lead guard caught the attention of several mid to high level programs by consistently displaying leadership qualities and high basketball-IQ. Rice’s intangible attributes and skillset are big reasons Sandy Creek is Preseason 3A No.1.

Coming off a State Championship and arguably Georgia’s top available guard, White has proven he is a winner and deserving of any recognition he receives.  He is a floor general who when the ball is in his hands you will not find anyone better at creating his own shot (avg 25+ppg last year) while also getting other involved.  He will be playing with a chip on his shoulder this year and will look to attack every guard in his path this season.

AJ White @Ajwhite_1 can be special in the right system.

Don’t let the height fool you, other similar guards from Georgia who’ve been successful in college

Several Division-II schools are strongly considering offering Grane. He is a traditional pass first point guard that can also get buckets when needed, but what jumps off the screen is his defensive toughness. Grane is a four year starter looking to lead the Eagles back to the GHSA State Playoffs. As mentioned earlier, the Northside-Warner Robins senior is being watched closely and could get a call sooner than later.

This newcomer will have a big role for the Rams this season. Elliott is a quick first step slasher to the rim not only on the break but from the top of the key and from the wing in the half court. Look for Elliott to leave his stamp in the Peach State this season.

This floor general is the engine for the Pebblebrook falcons, everything runs through Stubbs. The Georgia State commit is smart, active, and aggressive with the ball in his hands in addition to being a good defender.

Collier had an unbelievable freshman season and will look to lead the Wildcats back to the state championship. He is a true point guard that understands and executes at a high level. He is a good passer with matching court vision and has the ability to score if needed.

This summer Peterson made a splash while playing for Team Dickerson. Perterson got an exciting long term upside because he’s going to continue to fill out physically and get better. He’s a prospect who is full of upside and poised for a breakout season.

Team Georgia Magic handed him the keys this summer and he took advantage. Solomon picked up an offer from Mercer and garnered interest from North Alabama, UAB, and Tulane.  He continues to get better and is one of the more intriguing class of 2022 point guards in Georgia. We highly recommend low-mid level programs to continue monitoring the Northeast-Macon junior. 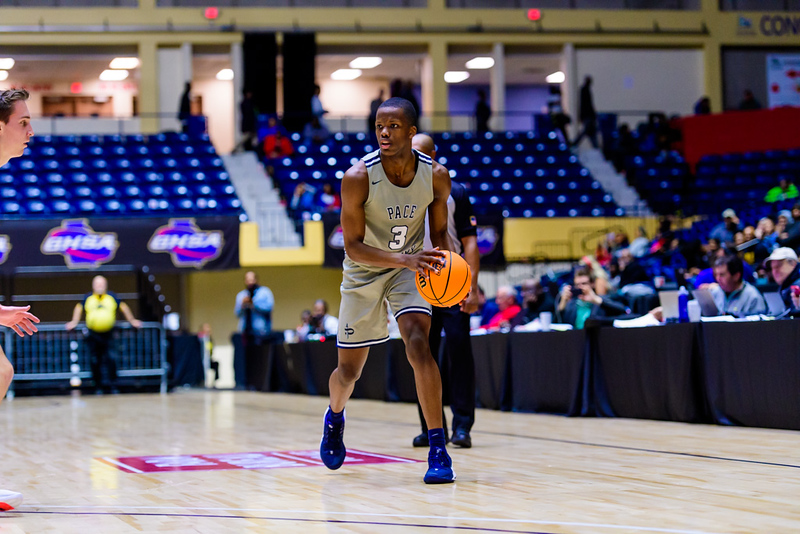 Durr has championship DNA and should be mentioned among Georgia’s top point guards. He is a big-physical presence that does a little bit of everything. The 6-foot-3 bruiser stays within himself and knows how to play within a system. He was a key contributor in Pace Academy’s state title run last season and looks to pilot the Knights back to the Promised Land this year.

A feisty competitor that can flat out put the ball in the basket. Norman has been a model of consistency through the years and might be on the verge of seeing his hardwork pay off as several colleges have started sniffing at the 5-foot-10 sparkplug. Windsor Forest was eliminated in the Elite Eight last year, but is primed for an even deeper run this season.

Bowles is an offensive minded point guard that is arguably the top scorer from Savannah, Georgia. Catawba and Lander threw their names into the hat with offers this summer, but could be in stiff competition with other suitors by the end of the season. The 6-foot-2 senior looks to get over the hump this year after falling in the Final Four in 2019-20.

Undersized, underrated, and underappreciated best explain Taylor. The 5-foot-8 lefty plays in the Georgia High School Association’s lowest classification, but all he does is win. Taylor threw in the go ahead bucket to lift Hancock to an A-Public State Championship last year and has the Bulldogs as the early favorite to repeat. It is easy to go unnoticed in a state filled with talent top to bottom, but we want to give credit where it’s due here.