This week the Naismith Trophy presented the five finalists for the Boy’s Player of the Year. Our #OTRHoopsReport team had the opportunity to cover all five of these players in person from the EYBL circuit to the many of the high school’s premier tournaments and showcases. We take chance to look back on the top moments for each of these players.

#OTRHoopsReport Team Members with Naismith Player of the Year Votes

Player of the Year Finalists 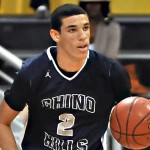 Chino Hills entered this week as the nation’s top high school team. Lonzo Ball proved to be the nation’s premier point guard over the course of the season. He led a style of play for Chino Hills that was exciting, if not downright unusual at times. However, you cannot argue with numbers or results. His triple double of 15 points, 18 assists and 10 rebounds at the Hoop Hall Classic in 100-75 win over High Point Christian (NC) seemed to solidify Ball’s reputation as the nation’s premier point guard. 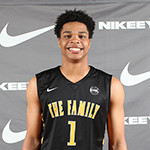 When it came to versatility and consistency, Bridges could make an argument as the best inside-out threat nationally. We saw him score 35 points on Oak Hill at the Chick-Fil-A Classic and push the game to overtime. A turned ankle may have prevented Bridges from getting a victory for Huntington Prep that night. However, in that moment we saw just how dominating Bridges can be when dialed in. After scoring a third straight bucket on Alabama signee, Braxton Key, he turned to him and said “You can’t guard me!” The gym lit up and everyone was aware of just how special Bridges is.

We tabbed the Kentucky signee as a Naismith watch-list prospect coming out of the EYBL circuit. Averaging 16 points per game and a league high 5.4 assists put Fox in the conversation as the one of the nation’s premier play-makers. His campaign for Cypress Lakes only solidified that reputation and earned him a spot as one of the five finalists. 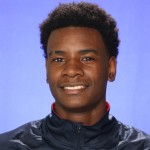 Considered by some as the top prospect nationally, Jackson backed up that claim continuously with Prolfiic Prep. We watched first hand as Jackson went head on with Bridges and Huntington Prep at the Marshall County Hoop Fest. He turned in a signature performance with 34 points, 19 rebounds 8 assists in that win. He also had one of the best tip-dunks that you will ever see regardless of level (below). 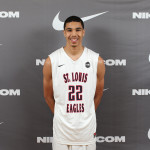 Tatum re-established himself as the top prospect nationally per BrandonClayScouting.com in the class of 2016.  Tatum turned into the primary scoring wing that we projected him to be after our team first saw him at the USA Basketball Mini-Camp in 2013. We watched as Tatum turned in multiple signature performances at both the City of Palms Classic and at the Hoop Hall Classic. We saw him score 36 points on 5/10 3-point shooting and 33 points on 11/18 shooting in two nights at the City of Palms. He then followed that with a 40 point, 14 rebound outing in an overtime loss to DeMatha at the Hoop Hall Classic.