Class of 2018 forward Darius Days of Gainesville, Florida, is a part of a fantastic signing class for LSU and coach Will Wade in Baton Rouge. Photo cred – Jon Lopez/Nike

November is the time where prospects put pen to paper and choose their college destination. Years of hard work and competition are finally be rewarded with a signature on a National Letter of Intent (NLI). For college coaches they are hoping that recruiting classes can blossom into wins, conference championships and hopefully a run into March Madness. Here is a look at three SEC schools who made a splash with a big 2018 signing class. 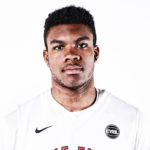 Chaney is a power forward with soft touch, good feet and nice energy on the court. He is active, an interior scorer and a rebounder. He scored 11 points, 7 rebounds per game while shooting 61% from the floor. He did not attempt a 3pt shot. He is only shooting 58% from the floor.

He is a great length along with quick hops that makes him an effective finisher on the break and a good shot blocker on the defensive end. He is an athlete with good lateral speed that can defend multiple positions. He gets after it on the offensive glass and had a couple of spectacular plays at the rim in transition and in the half court. 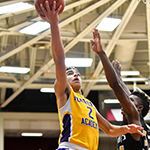 Nemhard burst onto the scene today with a very efficient game from the PG position. He scored a game high 22 points on 9-11 shooting which included two from long range. He is physically strong and a good finisher at the bucket. He is Canadian born. — Jonathan Hemingway

Johnson is a productive wing forward. He does a lot of things pretty well, not one thing that he can hang his hat on currently. His hustle ability, athleticism and his knack to be at the right spot at the right make him a valuable part of IMG Academy’s success. He finishes plays very well. 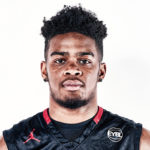 Locke is one of the premier shooters on the EYBL circuit. He is shooting over 45% from 3pt range (39-85) and more than half of his total FG are from 3pt range. He is averaging 18 points per game, but there is not another part of his game that is notable. — Jonathan Hemingway 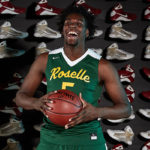 Reid showed terrific versatility this weekend posting a triple double (24/11r/10a). He also finished with 5 blocks versus Weaver HS (CT). His hands are what impressed me the most in this game. He was great at finishing in transition, but he was able to pass the ball just as well in the open court. He still floats a little along the perimeter and does not always demand the ball to score in a mismatch. However, he is an efficient player who has the physical attributes to be a top 20 player nationally. — Jonathan Hemingway 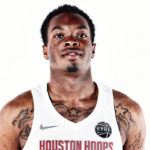 Smart has settled into his role as a bigger PG. Like we notes earlier in the year, he is at his best as a facilitating point guard. His outside shot is still a work in progress but the size / handle make him an elite player at the position right now. — Brandon Clay 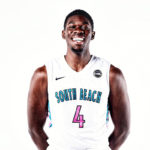 Days is a bouncy athlete around the rim. He is good at finishing put backs and other incidental buckets. His value comes in the range on his jumper while he stands at 6-8. He picked up with Nike South Beach for this weekend and averaged nearly 15 points a game while shooting 60% from the field while also connecting on 6-16 3s in four games. He also hauled in 6 rebounds per game. — Jonathan Hemingway