Atlanta, Ga. – The regular season is coming to an end, there are still several guards around the peach state that will help a college program next season. Here are several unsigned seniors that have took advantage of the spot light this season. 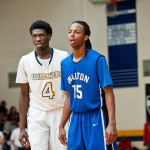 Cameron Jordan – (Marietta, Ga) Wheeler High School – He is a strong and physical small forward. He can score inside and out with his strength and athletic ability. He is good rebounder on both ends which is a huge asset to his game. He can score in a variety of ways finishing in transition, hitting pull-up jumpers or connecting from behind the arc.

Keith Gilmore – (Decatur, Ga) Southwest Dekalb – Gilmore uses his decent amount of strength and very good body control to take contact in the paint, adjust in the air, and still finish off lay-ups. He excels in the open court when he has the chance to build up a head of steam and drive to the rim for athletic finishes. He uses floaters and angles very well to finish off a number of plays around the hoop

He has scored over 1,000 points for his career @Swdbasketball1 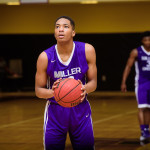 Aiden Saunders – (Lithonia, Ga) Miller Grove – Saunders is an athletic combo-guard with good size and the ability to get to the rim. He showed a good hesitation move to get downhill. He even demonstrated a pull-up game and range to 3. He is easily one of the best available 2016 kids in the state.

Teshaun Hightower – (Suwanee, Ga) Collins Hill – This 6-foot-5 athletic wing excels in transition and in the half court with slashes between defenders. He is athletic enough to finish above the rim on the break or in traffic. He is a very good baseline driver and has the speed and quickness to beat the help defenders to the rim.

Raquan Wilkins – (Atlanta, Ga) Westlake – Wilkins plays the game with a great amount of intensity and energy, never taking plays off. He gives maximum effort on the defensive end of the court. Once he gets the ball, he has the ability to connect from 3-point range, but he can also use his deceptive quickness and strength to get into the paint and overpower smaller defenders.