Miller Grove (GA) Aaron Augustin is one of the best available guards in the Peach State. Photo – Ty Freeman

Atlanta, Ga. – The regular season is coming to an end, there are still several guards around the peach state that will help a college program next season. Here are several unsigned seniors that have took advantage of the spot light this season.

Augustin is a true point who makes plays for himself and others, he has a tight handle, excellent court vision, and pinpoint passing ability. He can drive to score or dish and shows great ability to read the defense and make decisions while in attack mode. He has floaters, pull-ups and wide angled lay-ups in his offensive arsenal and is an outstanding pick and roll guard.

Williams is incredibly saucy with the ball in hands. He makes plays and creates space with his dribble moves. He showed that he can get to the rim, create for teammates while also being able to score with the jumper. College coaches will walk away being very impressed with his skill set and potential. 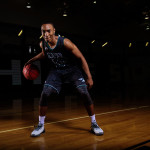 Will Washington of McIntosh (GA)

Washington is a scoring point guard that has consistently been one of the top shooters in the country. He is a difficult match-up because he forces the defender to play close which opens driving lanes for him to make plays of the dribble. He has the ability to play either position in the backcourt offensively and can lockdown either position as well.

He has developed into a steady point guard with the ability to score in bunches with his three point shooting range. He is becoming a better decision maker while setting up teammates in transition. He also knocks down the mid-range pull up or shoots the floater in the lane. He also does a good job of drawing fouls when he gets deep into the lane.

Tift has pulled away from Buford in the 2nd half 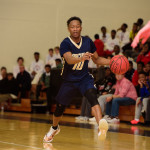 This 5-foot-10 guard possesses tremendous speed and quickness. He sees the floor well and displays pinpoint passes up the court. When he attacks the rim he can finish or dish it to welcome teammates. He plays hard defensively and always keeps his head up. 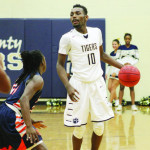 Anderson transferred to Douglas County from Chapel Hill, Anderson has the ability to take over games with his ability to score and find the open man with his good court vision. He can also set the offense and work off of on ball screens where he can get into the lane at will.

Jones is a true leader, and has the proper mentality to play the point and run a team. He can really push the ball down the court and he gets wherever he wants with it. He gets into the paint at will and can get it to the rim.