Class of 2016 DeMarco Jackson of Nashville, Tenn., is one of the city’s biggest sleeper prospects. Read about his performance at the #CoachHemiWorkout. Photo cred – Nakita Hemingway

LEBANON, Tenn., – High School season is on the horizon for basketball players all across the country. However, there are opportunities to hone skills and gain exposure before practice begins late this month. The second annual CoachHemi.com Fall Workout provided 40+ prospects from Tennessee the opportunity to compete and train last weekend. Every prospect also had a chance to play on TheSUVtv.com, where everyone can check out the action. Here is a rundown on the available seniors who were at Wilson Central last weekend. 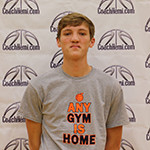 Douglas immediately made fans at the workout with his hard-nosed approach and crafty skill. Although the 6-foot-2 shooting guard is a perimeter player, he gets a lot of work done in the paint. He uses an array of spin moves, fakes and change of pace to keep defenders off balance. Douglas’ production was as great as any within the camp as he found ways to score consistently and efficiently. Keep this prospect on your radar as one of the up and coming high school stars in Middle Tennessee this year. 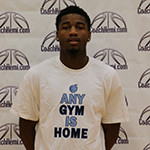 Edwards has been on our radar from several years after his first appearance at the Coach Hemi Spring Showcase in 2014. The 6-foot combo guard has made a reputation for effort and a diverse skill set. On Sunday morning, Edwards showed the variety of skills that should translate to the court for the Warriors. When Edwards is engaged as a play-facilitator and looks to run the break, he is at his best. His ability to play off of the ball and hit open jumpers gives him value as a prospect as well. An area that could be undervalued in his tool box of skills is his ability to defend. If he is able to put all of these skills together this season, look for him to have a successful senior campaign on Warrior Drive. 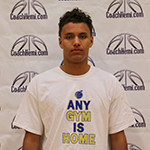 Elder’s blend of size and skill is impressive for a back court player. Standing at every bit of 6-3, Elder was able to make plays with the ball in his hand consistently during game play. He was able to use his strength and size to muscle past smaller defenders and finish at the rim with ease. His ability to change directions with the ball and hang in the air made him one of the premier play-creators at the camp. Although uncommitted, Elder has a few options on the table in terms of his recruitment. He currently holds an offer from Arkansas Fort-Smith and he also plans on visiting Union this weekend. 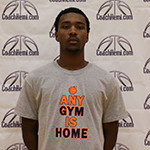 The most impressive athlete in the gym on Sunday morning was Jackson, who is a 6-5 wing. His ability to put the ball on the deck and finish at the rim could not be stopped by any one player consistently at the Fall Workout. As the director of TheSUVtv.com, Marques Burnett said, “Jackson Cadillacs down the court in transition.” As good as Jackson is at finishing at the rim, he showed he could shoot the jumper as well. When you add it all up, Jackson is a legit athlete with skill to match. He currently has offers from Coker (SC) and Cumberland (TN). However, expect the interest to grow following the Fall Workout. 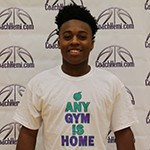 Camp settings are usually guard heavy, so in order for a guard to standout they usually have to make plays consistently. That is exactly what Jackson did during game play on Sunday morning. The 5-8 guard put the ball on the deck and was able to cross up defenders all camp long. His energy and explosive first step were hard to contain. Looking ahead for Jackson, he heads up a loaded back court for coach Jim McDowell and the Blue Devils at Lebanon. Jackson is poised to be one of the better play-makers in Lebanon’s district. 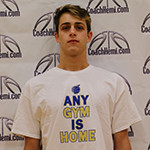 One of the more versatile players in the building on Sunday was Kirby. The 6-4 wing showed his ability to knock down the long-range jumper with consistency all day long. His high follow through and size give him real upside at the next level. However, Kirby proved that he is more than a standing perimeter shooter as he was more than willing to defend and bang around in the lane. According coach McInnis, his Tennessee Panther travel coach, Kirby could stretch out another inch or two before he graduates. Kirby could turn out to be one of Nashville’s better value recruits in the class. 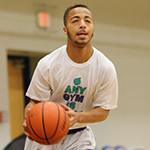 Martin’s energy and play-making ability shined at the Workout on Sunday. The 5-8 point guard balanced distributing and scoring at different times through the camp games. His ability to weave through traffic and find ways to score always manages to wow those who watch. Martin burst onto our radar this spring after his array of highlight moves and he followed that up with an equally impressive performance this year. The senior transferred high schools and will suit up for the Patriots for his final year in high school. 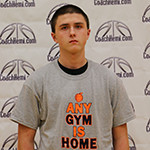 We first saw McCurdy a year ago at the Elite Basketball Academy All-American Camp in Buford, Ga. In that time, the combo-guard has grown to 6-2 and has filled out physically. He blends skill with a bulldog approach to the game. He proved that he can handle the ball as a point guard and set his teammates up for shots. However, it was his scoring ability that set him a part as one of the camp’s top performers regardless of class. McCurdy has an offer from Cleveland State College and heavy interest from Bryan College. He also has an array of Division III schools that are tracking the high academic candidate. We expect McCurdy to be on a college roster somewhere next fall. 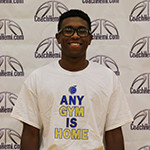 You might mistake the 6-1 combo-guard for Clark Kent with his glasses on, but he made plays with a lot of flash at Sunday’s workout. He did a great job of creating off the dribble and finishing at the rim. He was equally effective with his pull-up jumper. Nueble will team up with the aforementioned Jatavius Jackson at Lebanon High School this season. Defenses will have trouble being able to keep both of those guards out of the lane on a nighlty basis. We will track the progress of both prospects this season to see how they develop.