Class of 2018 point guard Mullek Bradford of Cleveland, Tenn., showed why he has garnered the interest of college coaches already at the #CoachHemiWorkout. Photo cred – Nakita Hemingway

LEBANON, Tenn., – The CoachHemi.com Fall Workout is a great opportunity for prospects in the Tennessee area and beyond to gain exposure before the high school season begins. In third third year, the Workout has helped numerous players build a reputation while also pushing kids to get better through skills training. Here is a short list of the standouts from the past weekend. 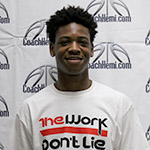 Bradford backed up his reputation as one of the up and coming point guards from the Chattanooga area at the camp. From the outset of the Saturday Skill Session Bradford brought energy and leadership to the gym. The 6-foot-1 point guard is well built and impressed the trainers in the building with his explosive first step and polished ball handling skills. Although a good perimeter shooter, he still has room to grow in becoming a jumper shooter that can keep defenders honest at the arc. Bradford reports a Chattanooga offer while also recording unofficial visits to Vanderbilt and Lipscomb in the past month. 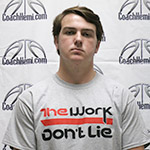 Ellenburg was the most unique prospect at the camp last weekend. Standing at 6-4, he has a point-forward feel to his game. He is an exceptional passer and is capable of leading the break after a defensive rebound. Coach Jason Piercey at MTCS will lean very heavily upon Ellenburg’s versatility this season. He is the type of player who can direct the offense at the top of the key or post up a smaller player on the block. If Ellenburg replicates his shooting percentages from last season, look for the Cougars to make another run in the Class A TSSAA State Tournament. 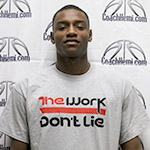 The most recruitable athlete in the gym last weekend was the 6-7 Garner. A well built power forward, Garner dominated many of the games he competed in. He is a strong, rebounding presence in the lane who can also alter shots from opponents. Offensively his best skill might be driving the ball from the elbow area to finish at the rim. The senior forward also showed some range on his jumper as he connected on several 3-point attempts. That skill lends hope that he could turn into a true inside-out threat at the next level. 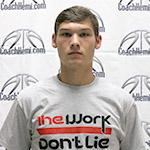 Herbert has evolved as a prospect since our last viewing of him in March. The 6-1 guard demonstrated a polished skill set, which allowed him to be one of the more productive guards in the camp. His perimeter jumper is smooth and he has a solid mid-range pull-up game. Yet it is his athleticism, which has improved the most in recent months. He punched a couple of dunks in drills and showed he could defend his position on the other end of the court. Herbert could turn out to be one of Middle Tennesee’s sleeper prospects that catch the eye of college coaches during the high school season. 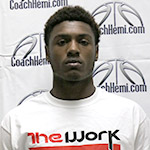 Although the camp was dominated by upperclassmen, there were several freshman and sophomore that made positive impressions. Hodge-Harper led the way with his play on Saturday and Sunday. The 6-3 guard is most comfortable on the wing at the moment. He showed a compact, accurate release on his jumper that extended well beyond the arc. He was also solid in ball handling drills, which gives hope that he could turn into a combo-guard like prospect in years to come. Hodge-Harper is just scratching the surface of his potential. If he continues to stay in the gym working at his craft, we expect to see much more of him in years to come. 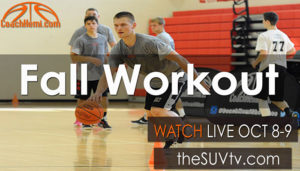