LEBANON, Tenn., –  Prospects from Middle Tennessee took advantage of a prime opportunity to gain exposure and play against top competition at the #CoachHemiWorkout. The October camp is designed to highlight players in Tennessee who are poised for a big high school season. Here is a rundown of a few underclassmen who proved that they are ready to impact this season. 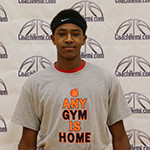 Hayworth earned the nickname Mr. Motor by TheSUVtv.com executive producer, Marques Burnett, during one of the camp games at the Workout. The name fit perfectly as he gave supreme effort each time down the court. He made hustle plays by tracking loose balls, grabbing rebounds and defending all over the perimeter. The 6-foot guard used his athleticism to make these plays and became one of the most productive players at the camp. Moreover, he turned all of that hustle into points by hitting jumpers, put-backs and free throws consistently during game play. The junior is bound to make a big impact for the Patriots this season. 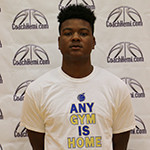 Jones is a wing with a sturdy frame and a skill set ready to produce. The 6-foot-5 prospect showed his prowess to score buckets efficiently at the Fall Workout. He has range on his jumper to the arc and a soft touch in the mid-range. However, it is his footwork off the bounce that presents a mismatch problem for most defenders. He has the strength to muscle opponents in the lane, but he has the nimble feet to beat perimeter defenders at the same time. His recruitment is already off to a good start as he took an unofficial visit to Tennessee State last week. He is on track to become one of Middle Tennessee’s more pursued prospects in the twelve months. 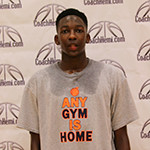 Perhaps the best new name of the event was the 6-3 guard from the Nashville area. Baugh consistently made plays off the bounce and in transition. He is a match-up problem for smaller guards because of his length. He blends that with a crafty feel for the game that gives him looks at shots in the mid-range. His ability to hit jumpers and attack the rim off the bounce make him a complete offensive threat as just a sophomore in high school. The next step left for Baugh is to mature physically. When he crosses that bridge, he could easily become one of the top prospects in the class of 2018 in Middle Tennessee. He has already taken an unofficial visit to the University of Alabama-Birmingham this year. Look for the visits and eventual offers to pile up for the talented guard. 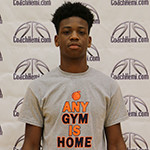 One of the better point guards in the building, regardless of class, was Bradford. The floor general showed progression since our last evaluation last year at this camp. He has grown and gotten physically stronger in the past twelve months. This combined with his solid ball handling and play-making skills and it is apparent why Bradford is being tracked by a number of schools in the Southeast region. Within the past month, Chattanooga and Georgia State have been in to watch the sophomore point guard. With a 4.0 GPA, Bradford has even gained interest from Harvard since the July evaluation period. Add it all up and Bradford is shaping up to be near the top of his class in the state of Tennessee at the point guard position. 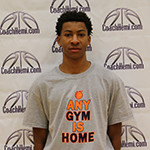 Clay first showed his skills to our staff at the Spring Showcase in March. Since then, the 5-11 point guard made a name for himself at travel circuit events such as the OTR Sweet 16 in April. Clay’s long reach makes him a two-way threat on the court. His wingspan allows him to get into the passing lanes and also shut down driving guards. At the same time, his ability to change directions with the ball give him play-creating ability from the point guard position. Given Clay’s bloodline in the game of basketball (his sister – Chadarryl Clay – is a red shirt junior at VCU), we expect even bigger things from Clay in the future. 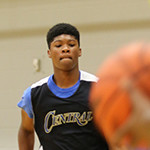 One of the more consistent performers from the host school, Wilson Central, was Stallings. The left-handed guard blends hustle, ball skill and shot making ability to be a productive prospect. Standing at 6-1, he has the size and the athleticism to defend multiple positions on the perimeter. He uses that natural ability as well to rebound and defend in the lane as well. When it is all added up, Stallings projects to be a big contributor this season for coach Tyler Brown and the Wildcats this season. 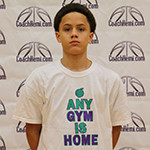 It takes a special kind of freshman talent to get your name mentioned in a gym full of talented upperclassmen. That is exactly what Johnson delivered a two weekends ago at the Fall Workout. The left-handed guard connected on long-range daggers consistently in game play. He showed ball handling ability that allowed him to limit turnovers and create angles to pass against bigger, more athletic defenders. Johnson may be a year or two away with his physical maturity. When he does grow into his skill, expect him to continue to make noise with his play on the court.