LAWRENCEVILLE, Ga., – The EBA All-American is a relatively new camp that has quickly turned into a quality exposure opportunity for players inside and out of the state of Georgia. All forty participants in this year’s camp received individual instruction while also gaining assessment upon their game. Camp games were broadcasted on @SUVtv while evaluators tracked players progress and production. Here is a recap of some of the camp’s top performers.

Alleyne proved himself to in the “upper crust” of the camp by being an effective play-maker. The 6-foot-2 guard is a left-handed slasher who can take the bump and finish at the bucket. Alleyne also showed great activity on both ends of the floor. His energy, length and athleticism paint a very bright future. 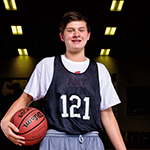 Currently standing at 6-4, Cleveland has a game that is designed to be productive in the lane. He has soft hands and footwork to allow him to score over either shoulder on the block. Cleveland has a face-up game as well that should allow him to develop into a solid hi-lo player. He still has growth physically and with his skill set, but he is on the right path heading into his freshman year of high school. 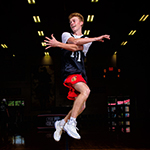 Gulley turned in a solid performance at the All-American camp. His signature shooting ability was on point most of the weekend. However, his development as a ball handler is notable. He showed quick moves to get his shot off in the mid-range while also being able to handle pressure in the back court. These traits combined have Gulley poised to have a solid senior year. He moves over to GAC this season, which should bode well for his production.

Jenkins will enter the 2016-2017 on the hardwood as one of the top uncommitted seniors in the Atlanta-metro area. The combo-guard has stretched out to stand at 6-3, which gives him the length to play either back court position. His specialty continues to be his long range shooting ability. His high release point and tight footwork give him accuracy to well beyond the arc.

Elijah Jenkins swings it and then a quick relocate to do what he does best. @elijahjenkins_4 pic.twitter.com/amdTcVadeI 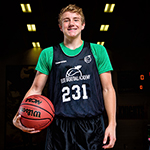 Shurig had a big Sunday afternoon in game play. He is a crafty point guard who uses ball and head fakes to get defenders leaning the wrong direction. He has touch on floaters and jumpers off the bounce, which gives him the ability to score as a lead guard. Shurig proved himself against some of the stiffest competition at the camp.

Perhaps the most dominant player at the camp was Wiley. The 6-4 forward is a force of nature in the lane. He does his best work while facing the basket at the elbow or top of the key area. His strength combined with a quick first step make him a hard match-up for most at his position. Defensively he can hold his own on the interior while also having the foot speed to defend the arc. He is set to have an outstanding senior year with coach Cleveland at Banks County.

Kahmal Wiley gets to the point. Displaying the mid range dimension of his game. @The_kahmalwiley pic.twitter.com/o1OOJN46gz