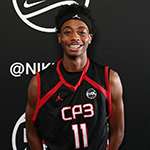 Playing with Wendell Carter (consensus top three player nationally) will open up a number of shooting opportunities on the perimeter. The 6-foot-2 sharp shooter made the most of his opportunities this year while playing with Team CP3. He knocked down an EYBL circuit high 56 3-point jumpers at an impressive 48% clip. Offers such as Charlotte, Delaware, Old Dominion, Missouri among others have been attached to Hueitt. Regardless of where he lands he projects to be a shooting guard that can contribute quickly given his shot making ability. 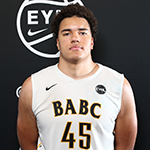 Santos-Silva is proof that you do not have to have the highest vertical to be one of the best rebounders. Turning in a 9.2 average in 16 games ranked him in the top ten of all EYBL players who played 13 or more games. His ability to use his body to carve out position allowed him to be one of the premier players below the rim. The 6-7 power forward holds offers from DePaul, Towson, Boston College and many others in the Northeast. He recently took an official visit to Temple per Jeff Borzello of ESPN Basketball. 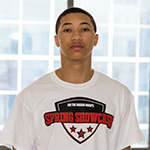 Many coaches love their point guards to be able to disrupt the other team’s offensive rhythm. That is exactly what Goldwire was able to do this year with Team United. His 2 steals per game ranked him sixth on the circuit. He was in good company with point guards such as Quade Green and Tremont Waters heading the list. Per Corey Evans, Goldwire picked an Arizona State offer and June. Most recently, per Robert Alfonso (@BTS_Report) he received an offer from LIU Brooklyn. 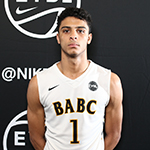 Every year there is a true point guard that plays simply to set up his teammates. Mazzulla fits this description 100 percent. He averaged 6.6 assists per game, which ranked him third on the circuit in that category. In fact he averaged more assists than points (5.7) in the 16 games he played. The 6-4 guard embodies the unselfish nature of the position. Per Scout.com, he has an offer from Boston College. 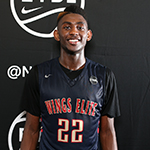 Although Christon was not the leading scorer for Wings Elite (Florida commit Shai Alexander, 19ppg), he filled a very specific role for his team. When he touched the ball, he scored on more than 50 percent of those opportunities. He scored 12 points per game and shot 54 percent from 2 point range and 45% from beyond the arc. His near 80 percentage from the free throw only adds to the story line that Christon is a bucket-getter. At 6-4 and with offers from Austin Peay, UAB and Louisiana Tech, there is reason to believe that Christon’s stock will only climb as the early signing period nears.