Macon, Ga., – The high school season came to end last weekend and a new crew of champions have been crowned. We take a look back at which individuals made the biggest impact for their teams on championship day. 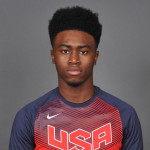 It was a fitting end to a stellar senior year for Brown who finished with 22 points and 9 rebounds while leading Wheeler to the Class AAAAAA championship. Yet again Brown proved that he could put his team on his back and lead the Wildcats to a championship as he did earlier this season at the City of Palms Classic in Fort Myers, Fla. His two free throws with 0.5 seconds to play sealed the game and perhaps cemented Brown’s legacy as one of the state’s all-time best players. Brown is a First Team Naismith All-American and a McDonald’s All-American. His college future is still to be decided, however coaches from UCLA and the University of Georgia were on hand to watch this game. 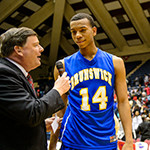 Available senior wing Roger Davis led Brunswick with 19 points in this game. However, defense was the name of the game for the Pirates. They held Allatoona to just 32 points in the contest. Davis standing at 6-5 got a lot of mileage on the glass and scored bucket after bucket in the lane helping secure the win for his team. 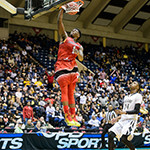 Hector has been a big part of the success for the Cardinals all season long. The 6-4 wing is an athletic presence on the court who can wreak defensive havoc all over the court. However, as we saw in the championship game he brought a scoring punch that pushed coach Daniel Maehlman’s squad over the top. Hector finished with 19 points and 10 rebounds which ensured a class AAAA championship.

Although Tookie Brown was supposed to be the point guard who led his team to the state championship this weekend, it turned out to be Johnson who turned in the big play. With the game tied at 60 with under :05 seconds to play Johnson rifled right to the rim in a dribble-drive offense action to put Warriors on top with :03.6 seconds left. The 5-9 point guard finished with a team high 19 points in the win. 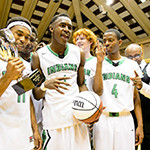 University of Georgia basketball fans got a glimpse of the future on Saturday afternoon when they watched the 6-5 Harris go to work for a game high 40 points. The left-handed wing is a scoring machine who scored his team’s 11 of their final 13 points of the game. He also finished with 11 rebounds, six steals and four assists in the Class AA Championship Game. 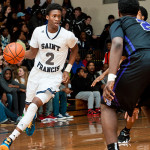 Coach Drew Catlett got a balanced attack by getting 20 plus points from all three of his stars. Simmons, a 5-star junior, would lead all scorers with 27 points while adding 5 assists. This would finish an outstanding junior campaign where he would be named Naismith Trophy All-American Team Honorable Mention.

Jonathan Hemingway is a National Evaluator for the OTRHoopsReport. He is also on the Board of Selectors for the Naismith Trophy.  He is the publisher of CoachHemi.com. He has been involved in the community since 1996 as a coach, camp director and evaluator. You can reach him via email at JonathanHemingway@PeachStateBasketball.com and follow him on twitter @JLHemingwayPSB