Class of 2019 guard Nahiem Alleyne of Mountain View HS is one of the top available guards in the Atlanta Metro Area. Photo – Ty Freeman

It is not hard to go far to find talent in Metro-Atlanta. The #OTRHoopsReport has been on the trail keeping tabs on some of the best talent (committed and available) as well as a few of the surging underclassmen. Here are a few names my notebook from this month.

Alleyne had a big month. He was named Gwinnett Daily Post Athlete of the Week after a 29 point night in a win over Mill Creek. We had a chance to see him lead his team to an easy win over Arabia Mountain a week before that. The left-handed guard continues to be a consistent threat from beyond the arc on a nightly basis. He presents ideal size for a back court option at the next level. Coach BJ Roy should lean upon him heavily as the Bears position themselves for the postseason.

We got our first look at Battle this September at the OTR Fall Showcase. He showed himself as a dynamic transition scorer in that viewing. This weekend in a match-up versus Norcross, the 6-foot-3 senior showed a presence in the half court. Playing as a two-guard for coach Jason Slate, Battle sports a consistent follow through from distance. Battle’s willingness to find the open player on the drive is a positive signal for potential collegiate production. 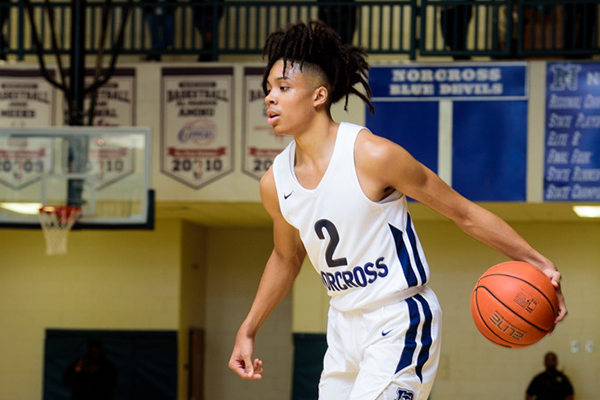 Murphy is another prospect who is building upon a great first impression this fall. In a match-up versus Alexander, he scored 15 points which included three 3-pointers. The 6-3 guard is proving himself as a perfect complimentary scorer for coach Jesse McMillan this season. He is give ball handling relief for Kyle Sturdivant or create plays when the defense shifts towards Brandon Boston. 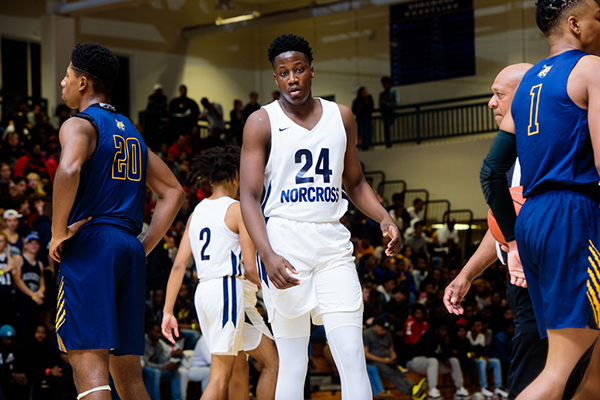 Ramsey gave his commitment to Xavier earlier this year. In the few viewings that we have had of the 6-8 big man, we can see the tools that coach Travis Steele and his staff found so attractive. He provides strength and rebounding in the paint. Currently his offensive production is up and down for the Blue Devils. However, we saw flashes of back to the basket production in their game versus Alexander. If he can gain confidence in his footwork and touch around the basket, the Blue Devils will have a well balanced inside-out offensive attack.

A big reason why Mountain View is off to a good start this season is because of the addition of Rowland to their roster. The Bears have plenty of depth in the back court, however Rowland’s shooting ability is key. We saw Rowland connect on four 3-pointers in a win over Arabian Mountain.

This was our first good look at Spence. The 6-8 big man is an impact presence on both ends of the floor. He finishes with authority at the basket and can affect shots on the defensive end. Spence has the ceiling to be a great hi-lo fit at the next level. When he gains confidence in his perimeter jumper, a collegiate program will make good use of his talents. 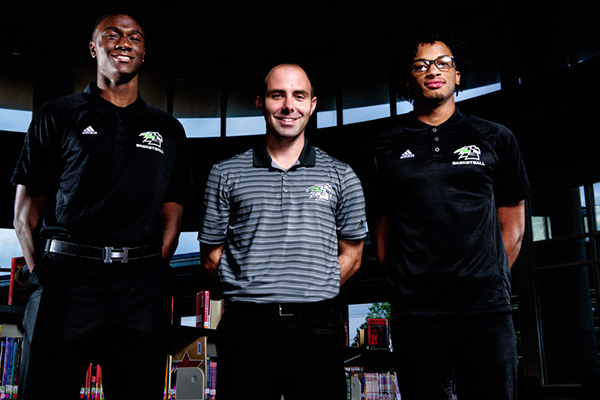 Discovery High School brought an end to Upson Lee’s 75 game winning streak in the Rockdale County Christmas tourney. Hasahnn Reynolds continues to run up scores on opponents. He finished with 27 points in the win.

Put class of 2021 point guard Justin Brown of Alexander High School on the map after his second half performance versus Norcross. The lefty underclassman showed a lot of speed and shiftiness to create downhill. He finished with 10 points in a comeback effort for the Cougars. 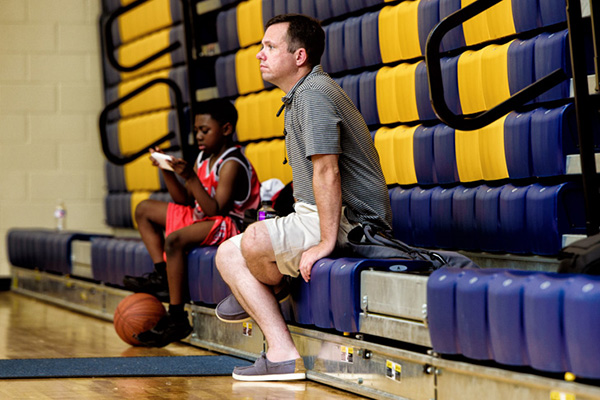