Editor’s Note: The “In Focus” feature is designed to highlight selected prospect’s abilities and recruitment. The articles help put a player’s story in perspective. 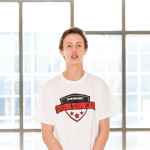 This weekend junior Alex O’Connell will suit up for Team United on the EYBL circuit. The 6-foot-6 lanky framed guard has been on our radar for years as a promising prospect. A year ago Shun Williams, owner of On The Radar Hoops, tabbed McConnell as a potential stock-riser heading into the spring evaluation periods. That was three inches, a year of hard work and experience ago.

Today O’Connell has dozens of coaches following him into the evaluation weekend. He explains, “Ole Miss has been recruiting me strongly for a while. UAB, Clemson, Georgia Kansas State and William Mary also have been recruiting me very heavily over the past months.”

In fact last Thursday Mark Fox from the University of Georgia was in to watch the sharp shooter from Milton High School. To top it off Charlotte extended an offer to O’Connell last weekend as well.

When asked what would be the key factor in making his final decision, O’Connell referenced education. He says, “My father and I have talked a lot about this. We both agree that going to a school where I would be happy in attending even if basketball was not a factor is key.”

O’Connell’s mature perspective on recruiting goes deeper. He says, “It is also important for me to identify which schools want me versus which schools need me. How I fit into the roster and program is very important.”

It should not come as a surprise that O’Connell’s perspective is as advanced as it is. When asked about his development in recent years, O’Connell uses the word Honest. He says, “I have a group of people that help and train me. They tell me what I need to hear and they keep it honest.”

When asked which areas have been tabbed as ‘must improve’ areas, O’Connell replied, “My ball handling and 3-point consistency have always been areas that I have tried to improve. Finishing through contact is another big area for my game. I like to model my game after Grayson Allen (Duke Sophomore SG). He is an athletic scorer who can shoot it outside as well.”

O’Connell has schools that he still would like to visit in the near future. He says, “Schools like Florida, Iowa State, Notre Dame, Wake Forest, Wisconsin and Stanford are places that I am very interested in visiting. I like their style of play and would like to see if it would be a fit for both of us.”

Given O’Connell’s persistence and mental maturity, expect to hear more on his game this spring and summer on the EYBL circuit.