St. LOUIS, Mo., – Held on the campus of Saint Louis University, the Nike Elite 100 Camp is the premier place nationally for underclassmen to be identified. One hundred prospects from across the nation train and compete annually at this camp. The 2016 edition featured several 2019 prospects who will be found on rankings lists in upcoming years. Here are some of the notable prospects we identified from this camp.

Give Akingbola the nickname ‘Mr. Motor’ following this camp. At 6-foot-7 he gives great energy on the glass while also running the court in transition. His back to the basket game is not that far behind his energy. He showed a nice jump hook while working on the block. He also hit a reverse pivot jumper in the mid-post as well. It is a bit premature to project just how high Akingbola’s ceiling could be. However, it is safe to say we will hear much more from him following a stellar effort in the Show Me State.

Being a point guard is in Cole Anthony’s DNA. His father, Greg, played for one of the greatest college basketball teams in history at UNLV with Jerry Tarkanian. He then spent 12 seasons in the NBA. All of that knowledge and experience is starting to bloom in his son’s game. Cole plays the game with a great deal of passion and competitiveness. At times Anthony can toe the line of being to passionate while competing. There is no denying his skill set, however. He hit jumpers on the reversal and on the step-back even with a hand in his face. He can control pace even when facing max pressure from on ball defenders. This gives reason to believe that he can be a high level floor general at the next level. Athletically Anthony gives up nothing. He showed that with a pinned blocked shot off the backboard in transition, which proves he is at the top at his position in the game.

Can flat out play the game. pic.twitter.com/2rb0a2r8Ab 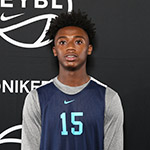 For those who follow Georgia High School basketball closely, Hagans is not a new name. He put up multiple 40 point games last season with coach Rick Rasmussen and earned offers from UGA, Florida, Florida State, Georgia State and a slew of other programs in the process. He backed up his reputation with more outstanding play at the Top One Hundred Camp. His ability to attack the rim keeps defenders on their heels. Mix in a deadly pull-up jumper and Hagans has the skill set to perform at high levels for years to come. He went toe to toe with Cole Anthony to show that he was in the upper echelon of guards in attendance.

Ashton Hagans @H23Ash picking up where he left off in St. Louis 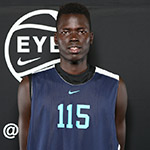 Marial has length and athleticism to protect the rim with the best in the nation already. Listed with a 7-9 wingspan, he swatted shots and made life miserable for opponents at the camp. Offensively Marial is better than just a project. He already sports polished footwork with his back to the basket. He also has very soft touch for a big man. He even hit a left handed jump hook from 10-feet at one moment in game play. Early comparisons could be made to class of 2017 5-star Mohammad Bamba given his size and skill set. Marial is on the board as one of the best in his class already. 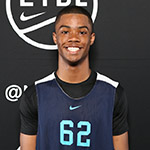 Jared Jones of Pebblebrook HS continues to impress. His ability to run and finish in transition is as good it gets for a guy that stands at 6-8. Rochester, New York native Isaiah Stewart showed a deadly back to the basket skill set. His shoulder shimmy and jump hook earned him multiple buckets. Cassius Stanley of Calif., backed up his reputation as one of the best in the country with a terrific display of skills. He has size at 6-4 and great shot making ability. He was easily one of the best in the gym regardless of class. Same goes for Chandler Lawson of Memphis, Tenn. The 6-6 guard had one of the prettiest jumpers in the building and showed footwork and body control that was unmatched. Point guard Tyger Campbell of LaLumiere continues to be impressive with his ability to press the tempo. He is never short on energy and always finds the open man. Shooters and big men alike have to love playing with him.