Class of 2018 forward Jontay Porter of Columbia, Mo., is turning the corner in his development. Read about his performance at Nike Elite 100 Camp. Photo cred – Jon Lopez/Nike

St. LOUIS, Mo., – Nike hosts the Elite 100 Camp annually to identify the nation’s top prospects in the rising junior and sophomore classes. This year’s group of 100 prospects from across the nation featured the class of 2018 and 2019. Here is a look at a few of the standouts from last weekend’s event.

Porter exerted himself early as the premier prospect in the group. The University of Washington commit exhibited exceptional skill around the basket and on the face-up. The growth in his game is notable from the first time we saw him at the City of Palms Classic last December. A left-handed power forward, he has great size at 6-foot-10 yet has nimble footwork to create angles to score in a one on one situation on the block. The encouraging part of this viewing is the fact that Porter is effectively balancing the interior with the perimeter game. There is no float in his effort rather he attacks the glass consistently to rebound and score. Given the fact that played toe to toe with Silvio De Sousa of Fla., we expect to see Porter shoot up the rankings list in future months. 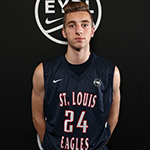 Finke showed a diversified skill set on both ends of the floor this weekend. The 6-5 wing has a smooth stroke from range while also having bounce to finish above the rim in transition. He also sent a few shots into the stands by blocking shots in the lane from slashing perimeter players. His athleticism and skill have schools in the Midwest already extending offers. Per Jerry Meyer of 247 Sports, Illinois, Notre Dame and Northwestern have all offered the Champaign native. And just within the last week he picked up an offer from Southern California. Finke’s older brother, Michael, is a redshirt sophomore on the University of Illinois roster this upcoming season. 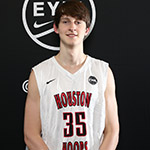 Standing at 6-7 Mayer has the length that is ideal for a wing-forward. He demonstrated his specialty of connecting on long range jumpers more than once this weekend. He has a quick release that accentuated by his accuracy. Do not pigeon-hole Mayer as a standstill shooter, though. He has bounce in his legs and he flushed a number of dunks on the break last weekend. Combined that with the fact that he has juice off the dribble to take off balance defenders to the rim and Mayer has the measureables that will lead to a bright future.

Wang’s day of emerging onto the national stage is soon coming. We got our first glimpse of the 6-8 forward with his Mater Dei school team at Hoop Hall Classic in 2015. He has played a supporting role for coach Gary McKnight’s team in the past two seasons. At this camp, however, we saw that Wang has big upside to produce at the game’s highest levels. Wang would be best classified as a stretch 4-player who specializes in shooting. He demonstrated deep range and even proved he can put the ball on the deck to create space for his jumper. Expect to here Wang’s name more in upcoming months. Per Andrew Slater of 247 Sports, he has offers from American and Campbell University. 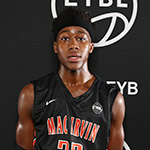 Antwann Jones of Oak Ridge (FL) is terrific scorer. He showed he could get buckets regularly in camp games. Lead guard Ayo Dosunmu of Morgan Park (IL) carried over his strong play from EYBL Session IV into this camp. At 6-2 he is proving he can get into the lane regardless of who guards him. Florent Thamba of Grundy, Va., showed an array of skills that made him one of the better 2018 posts in the building. We like what we saw from Tony Johnson of Eufaula, Ala., at this camp. This was our first viewing and he proved to be a talented point guard who can get a bucket.

Editor’s Note: Check back next week for the 2019 prospect list