Atlanta, Ga. – The Nike Memorial Day has established itself as one of the most prestigious tournaments on an annual basis. This year was no different as the tournament boasts arguably one of the premier players in the country.

Heat Check ran through the competition over the weekend claiming the 17U Gold Championship. Heat Check is lead by a talented group of guards which include Christian Turner, Jordan Lyons, and D’Marcus Simonds.  No team came within twenty points of Heat Check as they closed out May in top fashion.

Coming for the #1 spot

Ryan Lewis’ Georgia Stars 16U proved that they were the best 16U program in the country winning the Nike Memorial Day. The Stars have been impressive this spring running away from the competition on the Nike EYBL Circuit. This team is lead by their core five of Chuma Okeke, DeAndre Ballard, Daniel Lewis, Davion Mitchell, and Ikey Ogiagu.

Marvin Bagley is one of the most talented players in the country, and without a doubt the most talented player in this tournament. He is a crafty, heady basketball player with a tremendous basketball IQ. Bagley possesses a tremendous combination of length and athleticism.  He is a defensive nightmare, where He is more comfortable facing the basket. Where he can beat bigger defenders attacking right or left and post up smaller players.

Parker plays the game with great energy as he pushes the ball with speed in transition, attacking the basket. His primary strength in scoring comes from his strong penetration as he has a quick first step and the body to finish through contact at the rim.

He is extremely ball quick who utilizes outstanding change of speed and direction dribbles to blow by his opponents. He is very difficult to contain in transition when he gets a full head of steam going. Batts was terrific in a win over We All Can Go

This spring Sexton has made a name for himself as he continues to impress week in and week out. He is a good scorer that attacked the rim both in transition and in the half court. He did a great job of finishing through contact and drawing fouls where he made the defense pay by knocking down free throws.

Brown is  a good athlete with good size and length at the wing position. He excels on the break where he can get to the rim for acrobatic finishes or spot up for an for a balanced three that he can hit with time and space. Brown averaged 23 points over the weekend at the Nike Memorial Day. 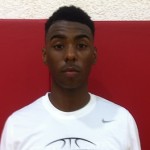 Wright was one of the biggest surprises last summer at our Elite 32 Tournament. This was the first chance to see Wright this spring. He excels in the open court where he can attack the rim utilizing his extreme bounce and strong frame.  He is a very good scorer in the paint area off the dribble and he knows how to use his body to ward off defenders.

He has excellent size and can take over the game on the offensive end when motivated. The game comes very easy for Nickelberry. He has a sweet stroke from beyond the stripe and mixes it up nicely with midrange pull-ups. Add in the fact that he can finish athletically at the rim and he is one of the better sophomores in attendance last weekend.

Dixon has a quick first step that allows him to beat most defenders off the bounce with ease. He is a terrific above the rim finisher on the break. He is a coast to coast threat after pulling down a defensive rebound as well.