The third stop on the EYBL circuit showed which players are trending upwards and which teams are close to locking up a Peach Jam spot in July. Photo cred – @JLHemingwayPSB

On the Rise from Session III of the Nike EYBL Circuit

Many around the country were surprised to see the production of Brazdeikis this season. However, for those that paid attention last year he produced at a high rate (13ppg and 6rpg) for CIA Bounce. This year he has taken his game to next level averaging 23 points on 50 percent shooting while hauling in eight rebounds per game. He currently ranks in the top five of all scorers in EYBL. The left-hander is very good at scoring after putting the ball on the floor. Standing 6-foot-8 he has solid athleticism to finish around the rim as well. Per Corey Evans of Rivals.com, he has visited Pittsburgh, Michigan, Cincinnati and Vanderbilt. 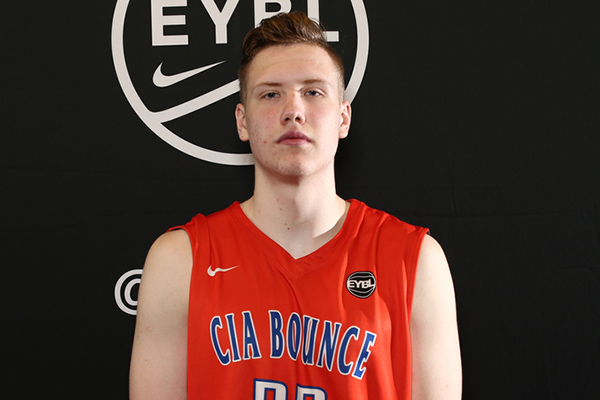 Cherry is another player who is experiencing success on his second year on the circuit. Listed at 6-10 he plays opposite of Amadou Sow in the Soldier’s high post offense. He is showing increased versatility as he is becoming more proficient in the pick and pop offense. He is not quite the efficient shooter that Bennie Boatwright (USC Sophomore) was at this point, but he is showing promise as a stretch ‘4’ having made 21 three-pointers. He is averaging 14 points and 8 rebounds per game heading into the final circuit stop.

Horton-Tucker is establishing himself as a go-to scorer on the circuit. The 6-5 wing is a force to reckon with the ball in his hands. He is very aggressive at getting downhill with the dribble and has soft touch when shooting off the move. Currently averaging 13.8 points and nearly 6 rebounds per game, he is proving to be a terrific counterpart to Ayo Dosunmu in the back court. His recruitment has taken off as well. Per Corey Evans of Rivals.com Northwestern, Missouri, Michigan State, Texas A&M, Iowa State, Butler, Xaiver, Creighton and Purdue are active with him.

Lecque has literally been on the rise both on the court and on the recruiting trail. He is earning a reputation as one of the highest flyers on the EYBL circuit with his impressive dunks over and through defenders in the lane. College programs are taking notice as a result.  He picked up an offer from Georgia Tech near the beginning of the month and then grabbed another from Tennessee following EYBL Session III. His 17.1 points per game is tops for coach Al Durham’s squad. Lecque does a great job of getting to the free throw line as he gets there nearly eight times per game (68-92) and shoots it at a 74 percent clip.

Tate is one of the more unique prospects on the circuit. At 6-7 he can be a play finisher along the frontline. Yet he has the range to stretch the defense beyond the arc on the kick out. His 14 points per game while shooting 53 percent from the field are evidence of his high efficiency scoring. We watched him have a huge game in a win over E1TI where he scored 29 points on 10-13 shooting, which included 2-4 from long range. Having picked up an offer from LaSalle at the beginning of the month, Tate could be one of the biggest value recruits in the class.