Duluth, Ga., – The On the Radar Hoops Spring Showcase provided the perfect stage for many regional players to display their skills to college coaches. Here are a few senior guards that caught our eye on Sunday afternoon.

JaDon Davis -Stockbridge, Ga -Stockbridge – Davis is a tough guard that pushes the ball well in transition. He showed that he can breakdown the defense and find open teammates around the basket or get to the rim to score.

Charles Moore – Conyers, Ga- Heritage – He is a pure point guard who excels at pushing the ball down the court, penetrating and hitting open teammates with on-target passes. He has great acceleration, including an overdrive gear, which he utilizes to explode to the hoop. 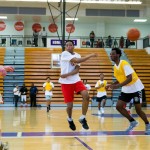 Aiden Saunders – Lithonia, Ga –Miller Grove – Saunders excels in transition where he displayed good athletic ability. He finished with authority above the rim. He has good size which allows to slide between either guard positions. His primary strength in scoring comes from his strong penetration as he has a quick first step and the body to finish through contact at the rim.

Reece Anderson – Douglasville, Ga – Douglas County – Anderson has plenty of wiggle in his game. He has a laundry list of dribble moves and he can beat pressure at will. Harris can penetrate and kick or drive draw and quick to find the open man on a regular basis. 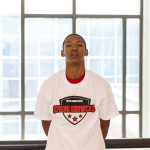 Joshua Jones – Fairburn, Ga – Creekside – Jones is a long wiry guard that makes plays for himself and others, has a tight handle, and good court vision.  He can drive to score or dish and shows great ability to read the defense.

Joshua Williams – Snellville, Ga – Shiloh– Williams has a real toughness to him that carries over in the way he gets on the floor after loose balls. He showcased the ability to knock down the open jumper.

Khalyl Walters – Douglasville, Ga – Douglas County – Walters is a long and athletic forward who can defend multiple positons. He runs the floor well in transition where he can finish above the rim. In the half court, he can score with one or two dribbles from the high post or short corner.

Darius Harrison – Lilburn, Ga – Berkmar – This 6-foot-8 power forward runs the floor well and alters shots around the basket on defense. Harrison rebounds well inside his area and showed that he could score with a drop step under the basket. 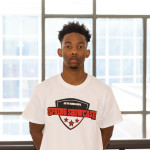 Lane Foster – Lilburn, Ga – Berkmar – Academic programs around the country still looking for a lead guard, Foster is one of the better available guards in the state. Foster, does a good job of running the offensive and directing traffic. He has the ability to make open shots with time.

Darrion Taylor – Lawrenceville, Ga – Archer – Taylor is a true lead guard that has a tight handle. He can change speeds and directions quickly. He is a good passer with matching court vision. He does not hesitate to advance the ball on the break where he can finish with a floater or dish off to his teammates.

Darrion Taylor @_darriontaylor put up numbers this past season for Archer (GA), he is doing well attacking and finding teammates

Colin Young – Lithonia, Ga – Miller Grove – Young is a tough physical wing that competes on both ends of the floor. He can score in bunches at times off the dribble or catch from behind the three-point line. He also showcased the ability to get to the lane and finish through traffic.