As is the case every December, there are a handful of elite prospects who wait until the late signing period before finalizing their decision. The class of 2018 saw Duke snagging up three consensus top ten prospects while Kentucky hauled in two consensus top 20 players. This week we take a closer look at prospects in the Southeast who could move the needle for a number of college programs. 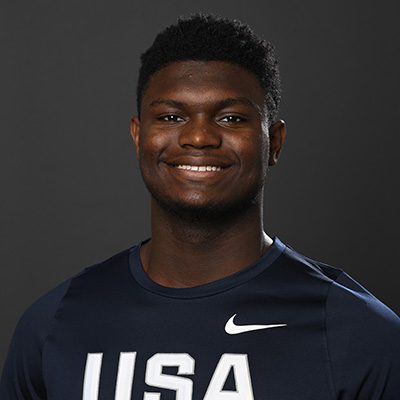 Zion Williamson of Spartanburg, South Carolina, is the most pursued prospect at the moment. The 6-foot-6 forward became a YouTube sensation last year with his high flying dunks and incredible agility for a young man his size. Brandon Clay, chairman of the Naismith Trophy committee, had this to say about Williamson after seeing him in October at the USA Basketball Mini-Camp:

Williamson is a powerful option at the forward spot. He’s a big-body prospect who hits holes on offense like a running back. He consistently finished with contact. Williamson is a decent shooter from the outside. 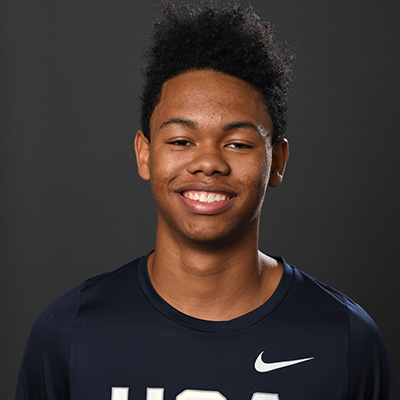 Anfernee Simons of IMG Academy (FL) has been a hot name this year. Dating back to our viewing of him in the May of this year at the Indi-Hoops TOC, Simons has been on a steady trend upward. Today he is ranked by most recruiting sites as a 5-star prospect and a top ten recruit. Here is what we had to say about him this spring:

Simons is another player who appears to be coming into his own heading into his final season on the circuit. The 6-3 combo guard showed big-time play-making skills to pair up with a silky smooth skill set. He set defenders up with crafty hesitation moves and finished above the rim when he got downhill. The Louisville commit is poised to make himself a household name by the time this spring and summer come and go.

Recruiting: Simons has since de-committed from Louisville in the wake of the recruiting scandal. Per Adam Zagoria, Tennessee had their whole staff to watch the 6-3 combo guard this week. 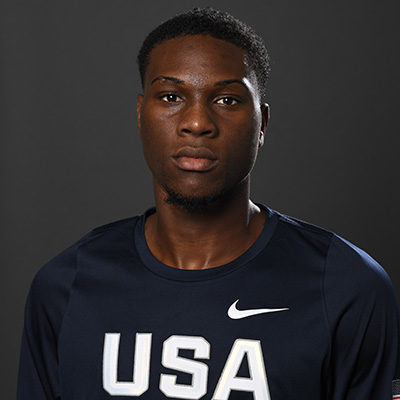 Emmitt Williams of Oak Ridge (FL) has added pieces to his game this year. He has always been known as high energy rebounder and alley-oop threat. However, this year we have seen his jumper become more consistent. His athleticism and ability to finish make him a potential high producer at the college level. Here is what Clay had to say about Williams after seeing him compete at Colorado Springs this October at the USA Basketball Mini-Camp:

Williams is a smooth option at the combo forward spot. He will run the floor and excels at being around the ball seemingly at all times. His jumpshot looks good out beyond the 3-point line. Williams is a hybrid guy with an array of skills on both ends of the floor.

Recruiting: Although he has not set a list, in an October interview with Eric Bossi of Rivals.com, Williams mentioned Oregon, LSU, Duke and Florida as colleges that are actively recruiting him. 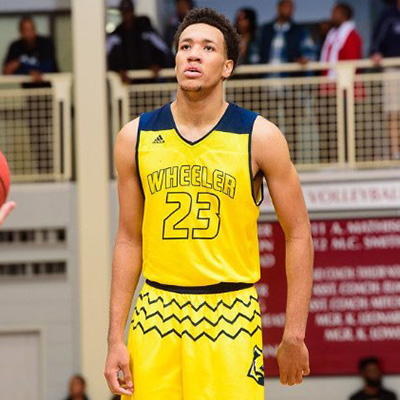 EJ Montgomery of Marietta, Georgia, is arguably the best available uncommitted prospect in the Peach State. The 6-10 lefty shows flashes of high impact ability combined with versatility. On his best nights he can be a double-double threat who can score inside and out. We saw Montgomery at his best a year ago at the Chick-Fil-A Classic in Columbia, South Carolina. This is what Shun Williams had to say about him:

Recruiting: Like Simons, Montgomery’s commitment was disrupted by Auburn’s assistant coaches connection to the NCAA recruiting scandal months ago. He has yet to release a list since then. His recruiting stock will only rise with more performances like the aforementioned. 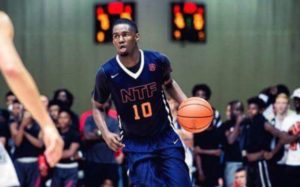 Khavon Moore of Macon, Georgia, is one of the more intriguing prospects in the class. At 6-8 he has the length and wingspan that many NBA scouts desire from wing players. At the same time he shows lead ball handling skill that gives him versatility to play at the point as well. Here is what our OTR contributor Kowacie Reeves had to say about Moore from Holiday Hoopsgiving in November:

The 6-8 senior was a top-10 ranked prospect for three years strong, but lost some steam as he struggled in spots last season. However, he still looks to be a top-25 prospect and a 5-star talent in my estimation. The multi-talented point forward tallied 26 points, eight rebounds, five assists, and three blocks and was one of the few bright spots for Westside-Macon (GA) in a blowout loss to Montverde Academy (FL).

Recruiting: Per Reeves, Alabama, Florida, Oklahoma and Georgia are the most serious to recruit Moore as of late.