Isaac Chatman of Alabama Premier made plays all over the court at the Sweet 16 Session I – Photo Cred: Steve Knight

Atlanta, Ga. – The Sweet 16 Session I proved to be a success this year. Players from around the country converged at Mays High School and competed in front of dozens of college coaches. Here are a list of players who shined during the first live period.

Chatman has that prototypical wing-type frame with long arms and his explosiveness is impressive. He is impressive in transition where he knows how to finish at or above the rim. He plays with great energy and can make plays at both ends of the floor due to his length and quickness. He makes plays on the defense end of the floor, he has the ability to guard multiple positions. 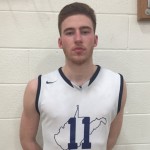 The 6’5 Turkish wing came in unknown but left as one most talked by players from the On the Radar Hoops Sweet 16 Session I. Bitim is very talented in the transition game, he showed the ability to attack the rim and finish acrobatically. He showed that he can create plays for his self and teammates. Bitim has already gotten offer from Georgia Tech.

Long and versatile wing who possess a excellent feel for the game and basketball IQ. He has deep range and a quick trigger off the catch. Schwieger can spot up on the break, stretch the defense in the half court or put the ball on the deck to get to the rim and finish. 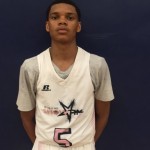 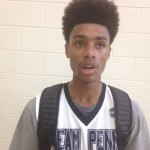 The long wiry wing was very consistent offensively. He showed the ability to knock down the mid-range jumper or finish at the rim. In transition he is able to finish above the rim and or pull up for the jumper. Boyce recently picked up an offer from Villanova. 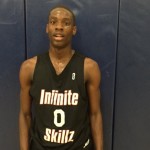 Miller may be one of the most athletic guards in the country. He can guard you 94 feet and then has the ability to break his defender down and finish at the rim. He is a very good scorer in the paint area off the dribble and he knows how to use his frame to ward off defenders. He has a very good 1st step to burst by his opponents and his jump shot, in the mid-range area, is improving. Charleston Southern offered Miller following the event.

The South Georgia guard does anything and everything to win. He really can fill up your stat sheet. But what we most impress was on how he was able to find sweet spots to get his points. His most impressive game was Saturday when he put 36 points. Currently David doesn’t have any offers but if he can continue his play offers will be rolling in soon. He does have interest from VMI, South Alabama, and Troy.

Donte Medlock is a contributor to On The Radar Hoops