College coaches look to finalize their recruiting classes as the high school season winds to a close. Here is a look back at the top unsigned prospects that we saw while covering the national scene. 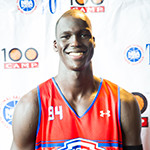 Maker was hyped early as a transformational 7-foot player who could handle and score like a wing yet block shots on the interior. The Kevin Durant comparisons are gone now, however there is still a bright future for the Sudanese born forward. Today’s game that puts a premium on bigs who can stretch the floor and protect the rim. Maker seems to fit that bill to a ‘T.’ In fact at the Hoop Hall Classic in January we saw him hit the 3-point jumper with efficiency while blocking 10 shots versus Findlay Prep. His post up game is still in need of progression, however it is the energy that he brings to both ends of the floor that will bring production. According to Jeff Borzello of ESPN, six schools are still in the hunt for Maker: Arizona State, Indiana, Notre Dame, Kansas and St. John’s.

Interestingly, there is a surplus of big men available at the late signing period date. However, there are far fewer higher rated guards available, which makes the value of a player like Jordan all the more higher. The Florida native has displayed his athleticism consistently for coach Kevin Doyle this season. At the Hoop Hall Classic he scored 13 and 12 while shooting an efficient 10-14 from the field. His athleticism and ability to play in transition will translate for programs who like to push the tempo.

We mentioned Thompson as a prospect with “BIG Potential” coming out of the July evaluation periods. The 6-10 forward appeared to take even more steps forward during this high school season. He is a frontline player that showed advanced footwork and skill while working in the pinch-post and short corner areas. His well-rounded stat line of 23 points, 16 rebounds and 4 assists in a win over Vermont Academy at the Hoop Hall Classic shows why school like Georgetown, NC State and Syracuse are pursuing the big man.

Since the Hoop Hall Classic, the 6-11 big man has seen his recruitment blow up. In age where the stretch big man is en vogue, Tshimanga is a bully in the paint. Not only strong, but he is efficient and has soft touch among the trees. It is his rebounding ability that will most quickly translate to the next level. He grabbed everyone’s attention with a 13 point, 19 rebounds and 3 block shot game has earned him offers from Arizona, Central Florida, Minnesota, Nebraska, Oklahoma State and Pittsburgh according to @RHoopsRecruits of 247 Sports. 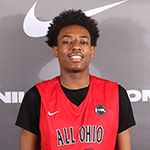 Wesson is in the midst of a breakout high school season. As we saw first hand at the City of Palms Classic before Christmas, Wesson is an athletic wing who specializes at finishing at the rim. His pull-up jumpers and marksmanship on long range shots make him a very intriguing prospect. According to @NY2LASports, Wesson has narrowed his list to Akron, George Mason, Illinois State and Richmond. His brother, Kaleb, is a class of 2017 who is already committed to Ohio State.