DULUTH, Ga. – The On the Radar Hoops Spring Showcase was a good chance for underclassmen to show their abilities in a skill and competition setting. Although the camp was headlined by several seniors, there were several underclassmen who proved that they belonged on the floor. Here is a look back a few of the notable names from the event.

Sophomore guard Trey Doomes of Allatoona, Georgia. has emerged as one of the top guards in the state of Georgia in his class. This 6-foot-3 guard has the ability to play either guard spot, he showcased his ability to get into the lane to either score or dish off assists.

Expect for Drue Drinnon to explode onto the national scene during the first evaluation period. He can break down defenders at will, and in the open court, he can get to the basket at any time. Although he can score whenever he wants, including a solid three-point shot, he displayed enough savvy to play the one and get his teammates involved.

Zach Cooks was a threat from behind the arc all season for Berkmar High School. This 5-foot-9 guard was simply in attack mode all afternoon. Cooks displayed the ability to not only score but also get his teammates involved.

Zach Cooks @zachcooks15 is a sniper from deep, this 2017 PG will make noise this spring on the EYBL Circuit with @Southstampede 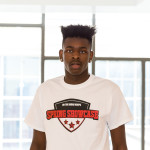 Junior forward Lance Thomas of Norcross, Georgia, has great size and excellent perimeter skill. He can attack the rim from 18 feet and finish with a tomahawk dunk. He runs the floor extremely well and has the ability to score around the rim with great touch and body control.

Isaiah Miller’s recruitment took off after our Fall Showcase. Last weekend, Miller impressed our staff with his athletic abilities and dynamic plays around the basket. He is a quick point guard that uses his speed to get into the paint or separation for his jump shot. He was the most consistent player over the weekend scoring in transition, knocking down mid-range jumpers and creating for his teammates. 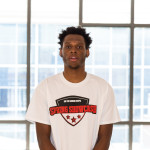 He is an active and aggressive forward that is always around the ball. He runs the floor with great speed and is at threat to finish above the rim. Morgan is athletic and plays with passion on both ends. He excels on the glass as he sprints to the lane from the perimeter for tip in and his share of rebounds in and out of his area.

This 6-foot-7 forward has good size and strength that allows him to control the paint. Throughout the day he showed his physicality in the lane. His strength was evident by his ability to keep guys off the block. He was very active on the offensive glass keeping balls alive and finishing above the rim.

This athletic combo guard plays with great pace and energy. Hardy excels in transition by getting to the rim. He is a threat to rebound and go coast to coast. He has the ability penetrate, drive, draw and kick and get the ball to teammates where they are in a position to score.