James Wiseman dominate the glass on both ends of the floor at the USA Basketball Mini Camp. Photo Cred -USA Basketball

COLORADO SPRINGS – The USA Basketball Developmental Mini-Camp brought together 58 of the top prospects from around the country for two days of skill stations and game play. Like the play on day one, the second day had plenty of news and notes for us to report. Here are some of the standouts from Day one. 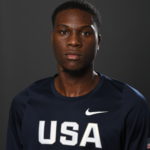 The ultimate hustle man, Williams understands his role on the floor better than most big men and relishes in the fact he can defend, block shots and control the boards. He is an exceptional rebounder with fundamental positioning or sliding across the lane to grab boards out of his area. Offensively, he has an improving skill set as he showed that he was capable of connecting on jumpers from the high post and short corner in additon to him dunking everything around the basket. 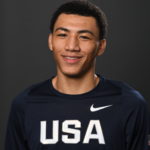 Quinerly is a solid lead guard that understands the game and makes excellent decisions with the ball. He has deceptive quickness and athletic ability and does a great job displaying it in transition with acrobatic finishes around or pass defenders. He can also look off a defender and thread the needle for an uncontested layup to his teammates. He is a master at making the defense commit and making the right decision rather its throwing the lob to teammates cutting to the basket or finishing with a floater.

In each session on Saturday, Wiseman’s physical strength and athletic ability allowed him to dominate in the paint. He was able to grab rebounds outside of his reach and off of the rim. When grabbing offensive rebounds, he kept the ball high and could finish possessions above the rim. He looked more comfortable in pick and pop situations as he consistently connected on jumpers from deep. 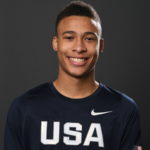 Hampton is a scoring guard who can put the ball in the basket in virtually every way. He makes threes in transition and with deep range, is equally lethal starting the break himself or filling a lane and is smooth and efficient going to the rim. He has a good feel and plays with pace using his court vision to pick apart the defense to find teammates for easy buckets or score if needed. The bottom line is that Hampton is excellent at getting into the lane to score or dish to an open teammate which has made him one of the top perimeter players in the 2020 class. 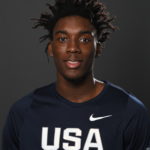 What sets Little apart from many in the 2018 class is his combination of power and athleticism which makes him a difficult match-up for opponents. As one of the best finishers in transition he is fearless attacking the rim and has the ability to explode through contact and make the play. During the Saturday morning session, Little showed an improved jump shot as he was capable of knocking down three’s off the catch and from a one or two rhythm dribble. 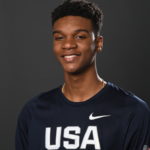 At 6-foot-10, Isaiah Todd’s potential and upside are phenomenal as he combines size, athleticism and skill into a difficult match-up at any level. He has the ability to score inside-out showing that he is adept at playing with his back to the basket or facing up. He can knock down shots behind the arc and is a good play maker off the dribble when attacking the basket in a straight line.

Carey is one of the elite big men in the 2019 class with his combination of size and skill level. This physical low post scoring machine takes his toll on defenders. He bangs with his big body and wares them down throughout the course of the game. He is a space eater in the post who can carve out position on the block. He has a variety of post moves that include power drop steps and a left jump hook. Carey did a good job of rebounding on both ends of the floor and altering shots defensively.