Jalen Green showed why he is one of the best guards in the country while at the USA Basketball Mini Camp. Photo Cred – USA Basketball

Colorado Springs, Co – The USA Basketball Mini Camp is a staple on the #OTRHoopsReport coverage calendar. The match-ups of premier players yearly gives our staff the ability to gauge which players are ascending in value. Here is a look at a few individuals who seized the opportunity to impress over the weekend

Green was dominant the entire weekend. He is a high-energy guy who impacts a game in a lot of areas. He is a pure scorer who can put the ball in the basket in virtually every way. He makes threes in transition with deep range and is equally lethal starting the break himself or filling the lane. Green has the ability to hang and twist in the lane and the concentration and touch to score around multiple defenders. During the Saturday night session Green solidified his position as one of the top guards in the 2020 class. 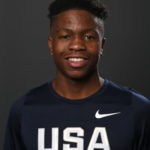 One of the best small guards that we have seen in a while, Harmon is a lead guard who is cool, calm and collected with the basketball at all times during the game. He never gets rattled in pressure situations and seems to enjoy making the play when it needs to be made. In the half court setting he can can create for himself with a quick first step, blow by his defender and usually beat the help defense to the basket. From his penetration he does a good job at reading the help and dumping off to an open teammate under the basket or behind the line for the long range 3-pointer. 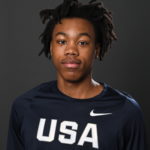 This elite level wing player has a ton of potential to go along with a good skill set. Barnes has great length and uses it to be a solid defender on the ball and a surprising shot blocker from the weak side.  In transition, he was effective running the floor where he attacked the defense finishing over the rim. He was at his best with the ball in his hands attacking from the wing where he can create baskets for himself or teammates when in the half court.

Roach is one of the better up-and-coming point guard prospects in nationally. He loves to attack off the dribble and is a very potent scorer in the mid-range area. He can score with a runner or floater in the lane. In addition, he can finish with either hand and utilizes his length to get around the bigs. He is a good passer who has a feel for drawing the defense and delivering the ball to an open teammate. He uses his size and athletic ability to rebound his position and defensively he has the potential to be a lockdown defender. 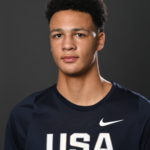 Foster is a bouncy forward that has the tools to dominate on both ends of the floor. He can block and alter shots on the defensive end and can finish above the rim on offensively.  This face-up 4-man has very good quickness and athleticism, which he uses to drive past bigger, slower defenders. Once in the paint, Foster will finish with his left or right hand at the basket. 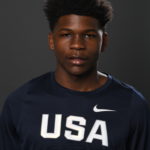 Edwards is slowly climbing up the national rankings due to his outstanding play, he is a big time scorer from the wing or the point. He has a good motor and plays in attack mode on the offensive end of the floor. He can get to the rim at will on the break. He is terrific off the dribble where he beats defenders one on one on a regular basis. He did a good job of staying within himself on the offensive end and taking advantage of scoring chances without forcing up difficult and contested shots.