#OTRHoopsReport: What We Learned From Peachtree Corners Invitational – January 28, 2016

Anthony Cowan did it all for St. John’s at the Peachtree Corners Invitational. From running the offense to scoring 40 points, he proved he is BIG Conference ready. Photo cred – Ty Freeman

ATLANTA, Ga., The Peachtree Corners Invitational was to be hosted at Norcross High School last Saturday. However, a dusting of snow on Friday afternoon and antiquated Gwinnett County Public School athletic policy prevented the slate of games to be played on Spalding Drive. Some adept scheduling and hard work by Norcross head coach Jessee McMillian salvaged the event. A new schedule was introduced to be played at St. Pius X School and Atlanta basketball fans still came out to support the two games. 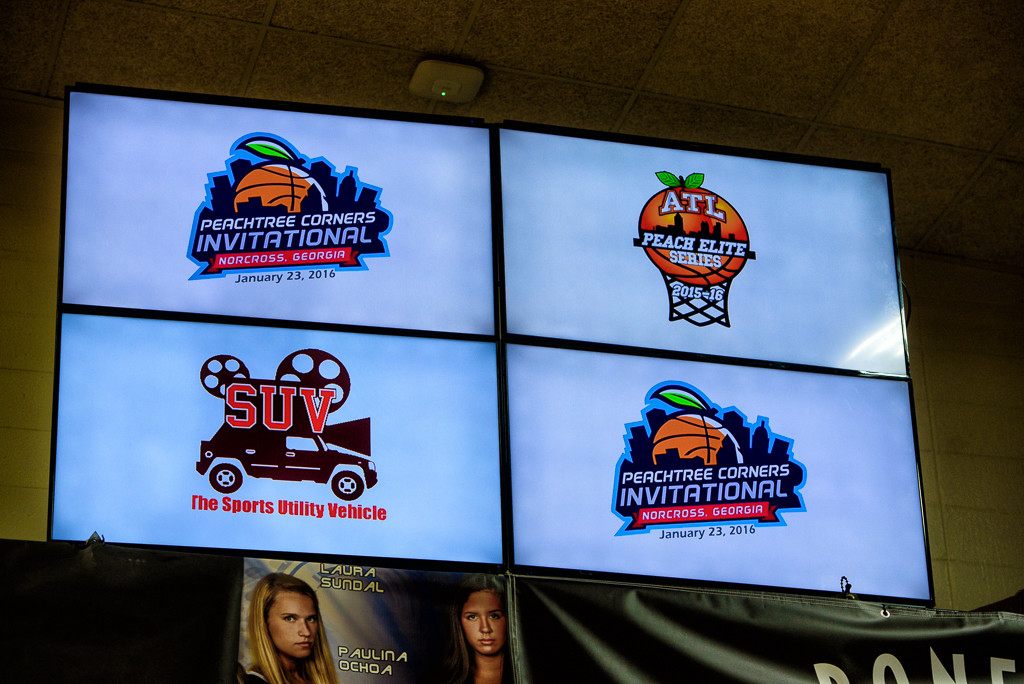 Anthony Cowan can carry the PG torch for the Terps

Cowan, a 4-star prospect per BrandonClayScouting.com, showed exactly why he is the No. 76 ranked prospect nationally. The Maryland bound point guard lit up the scoreboard with 40 points. His easy stroke from range and calm demeanor as a handler point to future success in the BIG Conference next season. Current Terrapin PG Melo Trimble is ranked as the No. 16 prospect on the DraftExpress.com board, which could open playing time for Cowan if Trimble does indeed jump early to the NBA Draft. 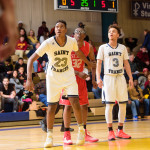 Anderson turned in a solid performance for St. Francis at the #PTCinv. His 17 points and 13 rebounds are evidence that he is a player that does not need primary touches to be effective. He is a nice complementary player who can clean up the weakside glass or work in the pick and roll with a play-maker like Kobi Simmons. This outing is on the heals of another double-double game at the Hoop Hall Classic where he notched 24 points and 13 rebounds in a win over Lone Peak (Recap Here).

Expect to James Jackson on the Hardwood next season 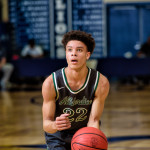 A year ago the 2016 prospect was being tracked by college coaches, but as a football prospect. Fast forward a year and James Jackson is poised to be a college basketball player. After his 32 points in a runaway win against St. Pius, it is easy to see why. The 6-foot-3 combo guard sported athleticism, shooting touch and uncanny basketball awareness. Regional mid-majors have offered Jackson since his switch to the hardwood this season. Expect to see Jackson in a basketball uniform next year. 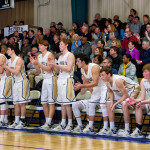 St. Pius X ran into a buzz saw in the form of Allerdice (PA) on Saturday evening. However, this should not be the last that we hear of the Golden Lions this year. They came in as a top ten team in Class AAAA in the state. Coach Aaron Parr is committed to pressure defense, which should keep region opponents uncomfortable. However, it is their patience on the offensive end that gives them a shot to make a deep run in the GHSA state tournament. They play with purpose and an understanding of how to make the extra pass. 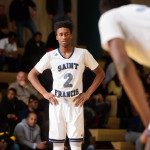 Kobi Simmons was terrific once again despite the loss to St. John’s. Simmons hit numerous jumpers that had the whole gym buzzing. He finished with 22 points on the night. However, it was how it did it that will have Metro-Atlanta basketball fans remembering the McDonald’s All-American as one of the best that has come through in the past ten years.

Watch both replays on @SUVtv Broadcasts below: