5-Stars Brandon Boston looks to help Norcross (GA) get back to the 7A State Championship. Photo Cred – USA Today

Every year On the Radar Hoops breaks down the top players from each position heading into the school ball season and we are excited to roll out our 2018-19 Georgia High School Associationposition previews. Below, we examine a handful of the top perimeter players in part one of our wing series.

With blueblood programs like Duke, UCLA, and Kansas already heavy in the mix after extending offers, Brandon Boston is trending up towards a top 3 finish in the 2020 class. The 6-foot-7 junior is a long slender-built player that is a matchup nightmare on the perimeter. Boston has a reputation for being a three-point specialist, but this offseason he made a quantum leap forward in his overall development. With added dimensions to his offensive repertoire, expect the five-star wing to be one of the most unstoppable forces in prep hoops moving forward. Norcross is loaded with blue chippers, so expect the Blue Devils to be in state title discussions as usual.

Yeah, that man Brandon Boston is all about buckets ? pic.twitter.com/bs0DA7H1NT

Isaac Okoro is a utility forward that does a little bit of everything well. The 6-foot-5 Auburn commit can defend, rebound, and score efficiently. With his unique skillset and strong physique, expect Okoro to make a splash sooner than later at the next level. The five-star wing-forward was a member of this year’s USA U17 gold medal team and looks to add a state title to his résumé this season running with McEachern.

Devin Butts probably benefited more from our events than any other prospect this past travel season. The 6-foot-5 flamethrower started to really create a buzz for himself during April’s evaluation period and carried that momentum into the July live sessions. He entered the offseason with no offers, but eventually reeled in twenty-three total by the end of the summer. The state of Georgia is loaded with talented wing players, but you’d be hard-pressed to find a better pure shooter than Butts. Programs such as Xavier, Houston, South Florida, Wichita State, and Georgia State among others extended official invitations to the three-star Macon, Georgia native, but he ultimately chose Mississippi State over the field. Stratford Academy will be a major player in the A-Private classification in Butts’ final campaign.

Cal commit Charles Smith IV makes the move to Wheeler this year where he looks to flourish with his new squad. The south-paw two-guard has a nice flow to his game and is sneaky athletic. At 6-foot-5, he attacks the rim hard and strokes it well from downtown. He especially excels in the open court, where he takes advantage of his size and athleticism. Expecting a more defined role at Wheeler, look for Smith IV to put up consistent numbers in 2018-19. 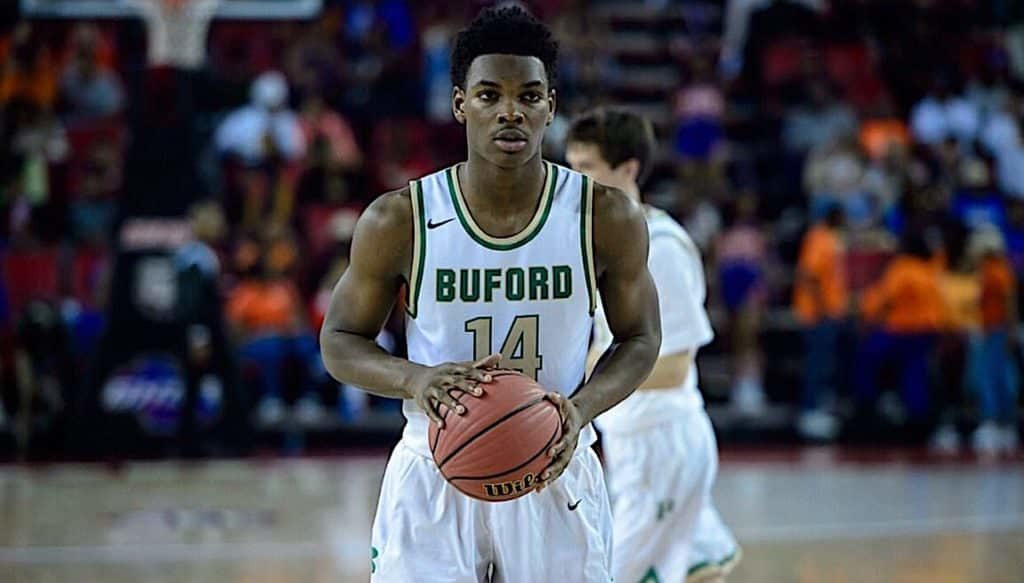 Oklahoma State got its man with Marcus Watson. The 6-foot-6 high-flyer recently informed Coach Mike Boynton that he would be bringing his talents to Stillwater, Oklahoma next fall. In Watson, the Cowboys will be getting a tenacious rim attacker and a physical specimen. The 4-star small forward finishes strong through contact and is arguably the state of Georgia’s best highlight-reel dunker. If Watson can become a consistent shooter, he’ll more than likely have an opportunity to play in the National Basketball Association. Buford is always in contention for a state title and this year will be no different.

Alec Woodard and Tyrin Lawrence are the perfect complement to one another. Lawrence is a slasher that scores in a variety of ways. He thrives in transition, knocks down occasional jumpers from deep or in the midrange area, and gets his fair share of putbacks. On the other hand, Woodard is more of a traditional shooting-guard. He is a marksman from beyond the three-point stripe and can shoot it off the catch or dribble. Both players also take pride in shutting down their defensive assignment. Woodard is committed to Austin Peay and Lawrence has offers from the College of Charleston, Robert Morris ,Tennessee Tech, Georgia Southern,and Jacksonville State. Morgan County was upset in the AAA Final Four last season, but has its eye on a state title in 2018-19. 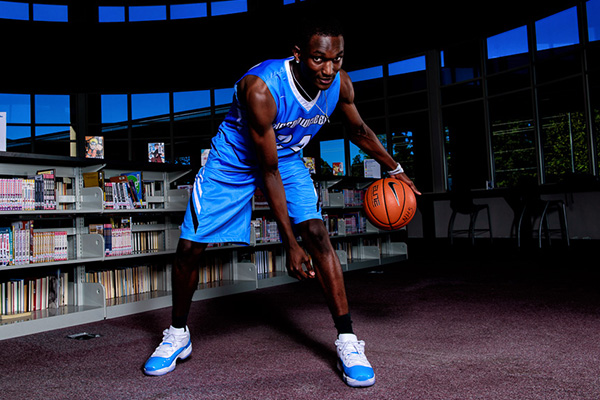 Jamir Chaplin is a tweener that does well playing either shooting guard or small forward. He is an elite two-way player that locks up defensively and can score when needed. With his attributes, Chaplin should make a smooth transition over to the next level. The 6-foot-5 wing recently picked South Florida over Georgia Tech, Illinois State, Florida Gulf Coast, and Tulane to name a few. Meadowcreek surprised many last year bringing home the 7A state championship and looks to duplicate that effort this season.

Clemson pledge Chase Hunter is a big time point producer that played himself onto many high-major radars this offseason. Prior to choosing the Tigers, Michigan State, Georgia, Virginia Tech, and Oklahoma were in hard with official offers. Hunter is a speedy combo guard from end-to-end that makes a living off his athleticism. He makes impressive chase down blocks, rebounds above the rim, and elevates over defenders to get his shot off. Westlake will be an intriguing team in the 7A class this year, beware!

He runs the floor and spots up beyond the three point line where he is an immediate threat to shoot or score off slashes to the basket @AtlXpress pic.twitter.com/0AR9PJ1SfN

Let us preface by saying that Malik Battle is a really talented scorer that simply knows how to put the ball in the basket. He penetrates the lane at will, knocks down pull-up jumpers, and pretty much gets whatever he wants one-on-one. The 6-foot-2 senior also visibly approaches each game with a chip on his shoulders and colleges are starting to take notice. Charleston Southern has been in to see thewired to score combo guard and several other lower levels have started to sniff around. Alexander is one of the favorites to bring home the 6A title heading into the season.