MARIETTA AND BARNESVILLE, GA – This edition of Sage Speaks covers a pair of mid-week post-Christmas holiday tournaments after TOC, and we highlight some of the players from each of them. Here is Part 1 from the first 3 games in Marietta: 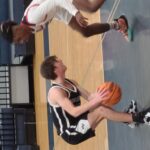 He’s the man this year with the graduation of Devin McGlockton and others, and even though he has shown scoring chops in the past the aggressiveness using the bounce into space rather than settling for jump shot was most impressive at Pope, really good passer both as an attacker or facilitator, still deadly if left alone past the arc he’s a real high IQ scoring PG that plays sound defense as well and can morph into multiple roles for you. 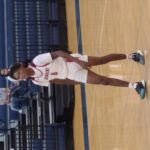 Had a big bucket mentality in this 1A program’s impressive win over 7A South Forsyth, calm and smooth on the push and the attack he was excellent in the mid-range and like all of the Redskin guards he was filled with confidence around the basket and not afraid to get at the rim or mix it up on the offensive glass, Cam Gaither, Tyrhell Branch and Quin and Lamarius Jackson are also names worthy of mention in the SC backcourt as this team is a serious 1A threat to win it all with the kind of athletic ability and rotation options available to them. 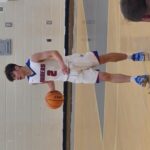 Been a name to watch since his freshman year last winter and didn’t disappoint, a lot to unpack and like about his game right now and where it can go, absolute bucket from long-range if not marked closely but there’s athleticism and strength packed into that under-6 foot frame that he uses to fight through traffic or body up for the and-one, terrific vision as a lead guard and is very unselfish for a scorer of his acumen, serious riser out of Cobb. 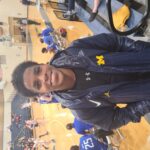 Featured recently in our “Radar Contact” series he had the performance of the day with 49 scintillating points and the last-second, game-winning assist in the Lions win over Woodstock, 25+ foot range is not an overstatement as he will show no hesitation pulling it from anywhere, loved seeing him attack the changing defense by the wolverines as they sought to slow him but he still found his way to the basket and is a seriously creative finisher when he gets there, as fun to watch as any guard in the class as his many high-scoring games to date can attest. 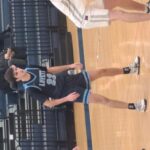 A terrific performance by Walters (23pts) was naturally overshadowed some by Anderson’s brilliance, but you cannot deny both Walters value to the Lions alongside the electric Anderson or his intriguing abilities, he’s a solid jump-shooter but really makes his hay getting to the basket using either hand and a fearless approach, defends multiple spots and is a really active rebounder from the guard spot, love him in the open floor as well as he comes down off the wing with good size in a numbers scenario and shows even less fear there. 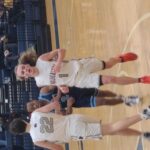 Woodstock played tremendous in nearly doing enough to slow Anderson and Lovett and it was Stubblefield (and fellow scrappy senior guard Danny Sanders [24pts]) doing most of the damage (27pts), Stubblefield has impressed me twice now with his combo of spunky and fiery play from the point with his ability to knock down shots at a high clip, he’s so crafty getting into space and finding quality chances and just plays with a real understanding of the position for a Wolverine bunch that is far better than the records indicates.