SUWANEE, Ga., – The final stop of the EYBL circuit occurred Memorial Day weekend at Suwanee Sports Academy. Teams on the Nike circuit competed to secure their spots for Peach Jam in North Augusta, S.C., in July. Our entire #OTRHoopsReport staff was on site to take in the action and see which prospects are rising to the top. There were just a few notable players missing in action due to injury, which included Mohamed Bamba of PSA Cardinals and Jeremiah Tilmon of the St. Louis Eagles. Aside from those 5-star prospects, nearly every other potential Naismith Trophy candidate on the Nike circuit was in attendance. 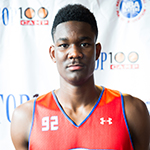 It is not going out on a limb to say that, barring injury, Deandre Ayton will be a lottery pick in the 2018 NBA Draft. That much seems a given after this viewing on Memorial Day weekend. Now listed at 7-foot-1, Ayton has a frame that carries at least 235 pounds. His skill set is what sets him a part from other seven footers that we evaluated this weekend. His strong hands, nimble feet and poise on the court make him an impactful player regardless of his stature. In the first play we saw from Ayton this weekend, we saw him ball screen the wing and then catch the ball at 18′ and smoothly knock down the jumper. Combine this with his ability to patrol the lane on defense and Ayton has all the makings of a ball player who will be playing for many years to come.

The lone 2018 prospect to legitimately enter the conversation of the nation’s top player after last weekend was Bagley. After spending most of his sophomore year on the sidelines (because of transfering), it was good to see Bagley on the hardwood. In a match-up with Las Vegas Prospects on Sunday afternoon, we saw how the 6-11 forward could impact the game even when the defense distorts itself towards him. He showed the ability to pass out of double teams and keep the ball moving in the half court. This in addition to his ability to protect the rim on the defensive end makes him one of the best two-way players nationally. He finished the circuit averaging 20 points and 10 rebounds while shooting an impressive 52% from the field. 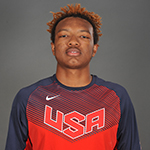 Carter’s ascension into the nation’s elite began last year and he left no doubt he belongs this season. He finished averaging 16.8 points and 10 rebounds per game while shooting a very efficient 70% from the field. The 6-10 power forward anchored Team CP3 to a 14-2 record and another Peach Jam qualification. The toughness and interior presence is a testament to his maturation as a player. We have watched Carter grow up from a player of promise (See 2013 OTR Fall Showcase Future) into one of the nation’s best regardless of position. Expect to hear his name much more in the upcoming months in the Naismith Trophy and ATL Tip-Off Club Watch-list teams. 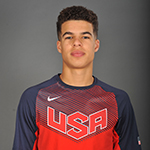 Porter goes on the list, because of his ability to score alongside his elite athleticism. It is not often that one can find a 6-9 wing with a release that can be compared to Golden State Warrior’s Klay Thompson. Add in the fact that Porter is a bouncier athlete than Thompson and most observers can understand the buzz around him. Granted Porter has some ways to go before he can mentioned in the same breath as the Warriors shooting guard. For starters, his 3-point percentage did not break 30% this season. However, he did average nearly 23 points and 11 rebounds per game on the circuit and shot over 80% from the line. In the end Porter helped lead MoKan to a 13-3 record and a Peach Jam birth and earns his name on the Naismith Trophy Watch-List. 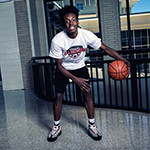 The secret is out: Collin Sexton is the best scorer in the nation! After concluding a run on the circuit where he averaged over 30 points per game, the 6-2 combo guard earned the respect of everyone nationally. After concluding a great run with Pebblebrook this year, Sexton went straight to the top and showed why he will be mentioned among the nation’s premier players this season. His ability to get a moment at any moment was highlighted in a win over the Georgia Stars where he scored 44 points in an OT game, which included the game winning jumper at the buzzer.